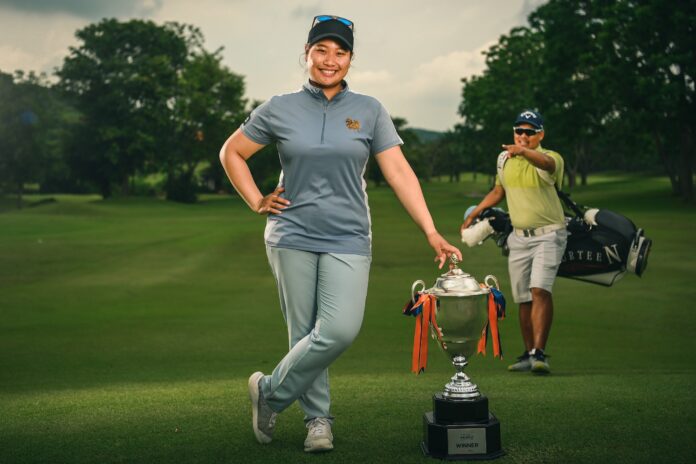 Teen prodigy Chanettee Wannsaen continued her domination on the Thailand TrustGolf Tour following a four-shot victory over Sangchai Kaewcharoen in the final round of the Bt3 million Thailand Mixed hosted by TrustGolf at Rayong Green Valley Country Club on Sunday.

Despite an inconsistent play that led to four birdies against four bogeys, the 18-year-old girl, thanks to a nine-shot advantage at the start of the round,  shot a final  71 and a total 15 under-par-269 to claim her third straight  Thailand Mixed title this season.

“I was so proud of myself to win for the third time. It was quite a challenging day as I didn’t make as many putts as I would want to,” said Chanettee who has won five titles since January.

Her Thailand Mixed hat-trick win was achieved within a week after she celebrated her fourth crown of the year in the Thai LPGA Tour event at Laem Chabang International Country Club last Sunday. Prior to that, she won the first two Thailand Mixed series in Cha-Am, Hat Yai, and the LPGA Thailand National Qualifiers in Pattaya. 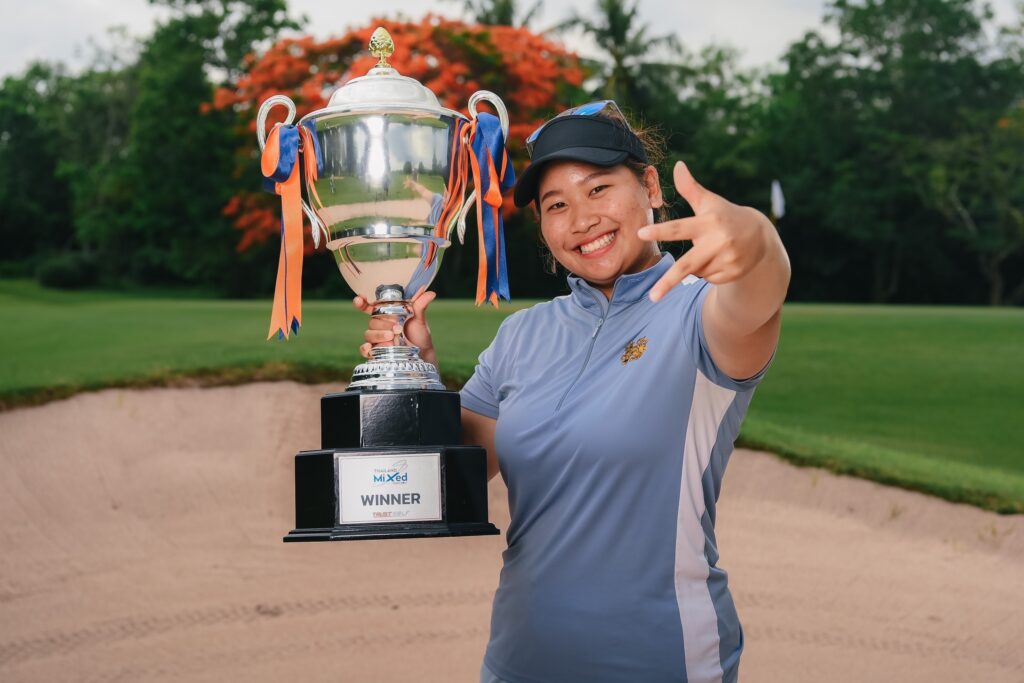 As the current leader on the Thailand TrustGolf Tour Order of Merits, Chanettee and No 2 Arpichaya Yubol, as No 2, will earn their births into the TrustGolf Women’s Scottish Open scheduled between July 28-31 at the Dundonald Links in Ayrshire, Scotland. Chanette hopes to make the cut after failing to advance to the weekend rounds last year.

“The course is totally different from courses in Thailand. I really want to go back there to gain experience one more time and hope to make amends,” said Chanettee from Chiang Mai.

2021 Thailand PGA Tour No 1 Sangchai rallied from nine shots behind to reduce the gap to just three coming to the final hole. But it was to late for him to turn the situation around as he had to settle at second with a final 66 on 11 under-par-273.

“I was trying to give it a fight but Chanettee but she was too good. At least, I reached my goal by hitting under par on the final day,” said Sangchai after his best finish on the TrustGolf Tour.

Coming at lone third on 278 was 2021 All Thailand Golf Tour Rookie of the Year winner Denwit David Boriboonsub who carded a final 70.

Former champion Arpichaya signed off with a 71 on three under-par-281 to take the fifth position which propelled her to second place on the Order of Merits standing, earning her a slot in the Scottish Open.

“It’s my goal to win that second ticket as Chanettee already secured the first one. I’m excited to play at the Dundonald Links. I must be well prepared for a link course. I need to practice how to hit the ball straight and play under strong winds,” she said. 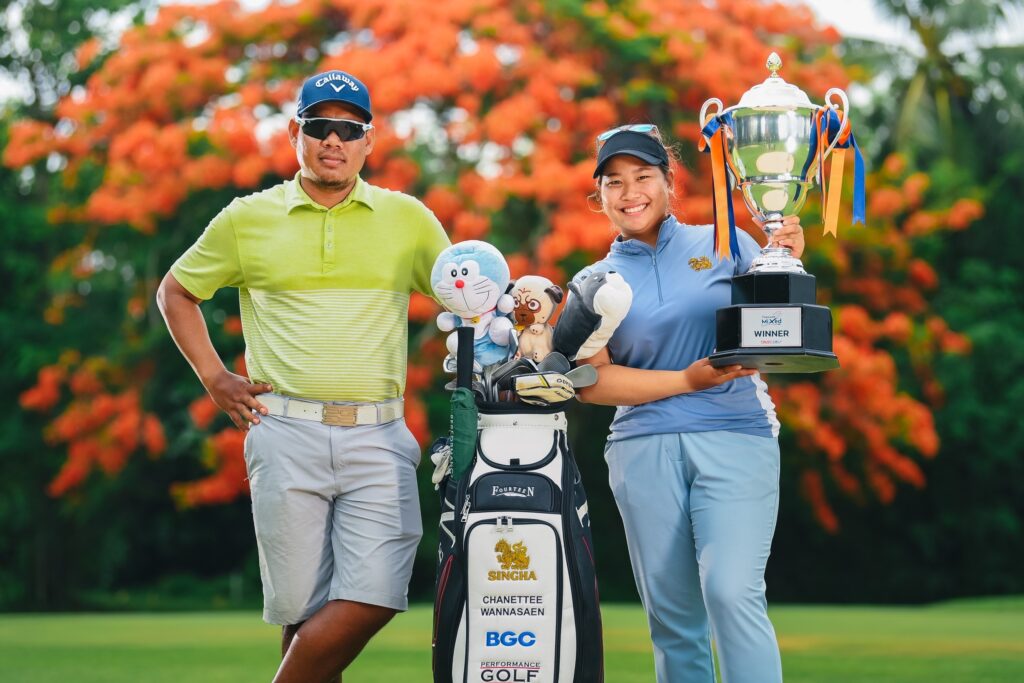