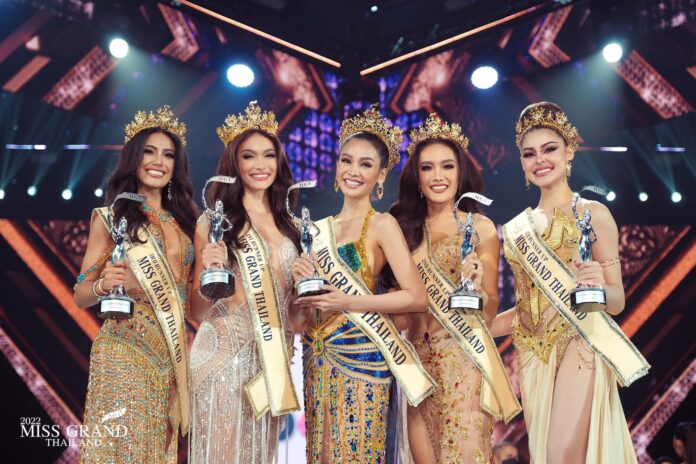 The competition kicked off with an opening show from Patcharaphon “Nam” Chantapradit, Miss Grand Thailand 2020, along with this year’s contestants from 77 provinces, showing off their strength and potential as a modern woman.

The final five finalists to be challenged in the final questions were Miss Grand Phrae, Miss Grand Kalasin, Miss Grand Angthong, and Miss Grand Bangkok. This was one of the most anticipated parts of the competition for many Thai people as most of the questions were related to Thai politics and the government and current social issues.

After the pageant questions, the results of the competition were announced. Engfa Waraha from Bangkok became the Miss Grand Thailand 2022, followed by Amanda Jensen of Phuket as the 1st Runner-up, Tanawan Wigg of Kalasin as the 2nd Runner-up, Ornpreeya Nesa Mahmoodi of Ang Thong as the 3rd Runner-up, and Suphatra Kliangprom of Phrae as the 4th Runner-up.