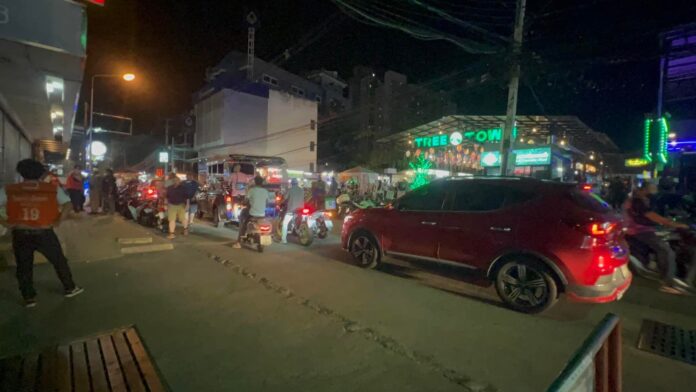 The Pattaya Traffic Police are trying to solve traffic problems in Soi Buakhao, Pattaya after locals have complained for over a year. As restrictions for entry of international visitors ease from May 1st, residents have increased their complaints and concerns that the area could become a major traffic jam.

Locals have complained many times that motorbikes are parked on both sides of the road in Soi Buakhao, especially around the “Tree Town” market area which is causing traffic problems as traffic flow is very slow. The problem has lasted for a year, according to local residents, but has become significantly worse lately driven by several things: 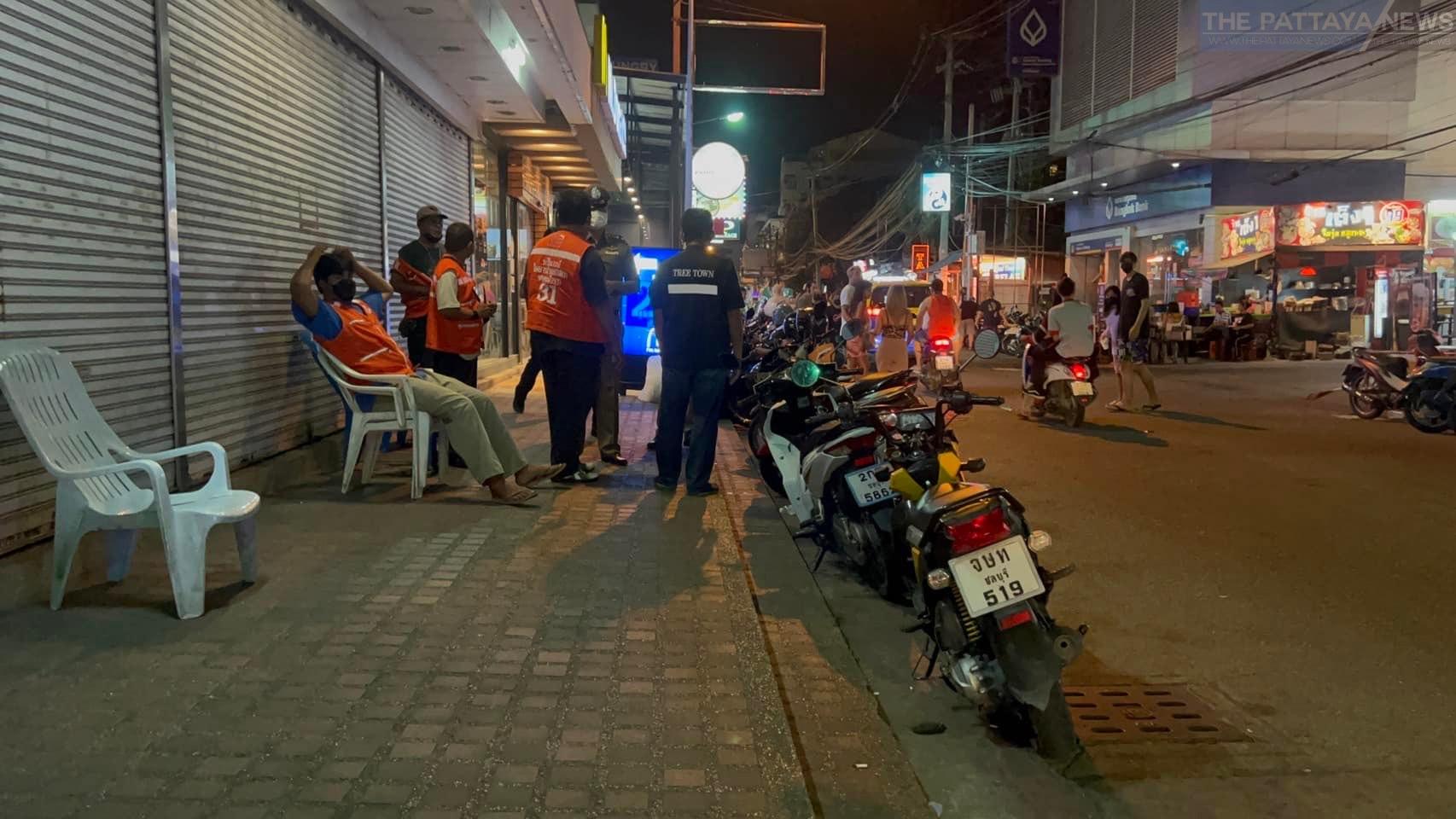 According to Lt. Col Arus, motorbikes were found parking along the roadside for more than 50 meters, including in areas that were not reserved for parking. Taxi motorbikes were being parked on the road with stands which makes the road become narrower.

Lieutenant Colonel Arus spoke with staff and security guards at the Tree Town market, as well as taxi motorbike drivers on Soi Buakhao. Lieutenant Colonel Arus told TPN media, “As a start, customers should park their motorbikes inside the area of the market. This is for their safety and to solve traffic problems. We are going to restrict parking on Soi Buakhao in front of the market to improve traffic flow.”

“Closing Soi Buakhao to vehicle traffic at night around LK Metro and Tree Town is not a feasible option for a variety of reasons, as some have suggested online. We will be taking the feedback from local business owners in the area and law enforcement and presenting them to the new mayor when elected, which will be on May 22nd. At this point, a longer-term permanent traffic plan can be developed for the area to benefit all parties involved while not impeding vehicle traffic. Some items, like stopping motorbike parking in front of Tree Town and stricter rules for motorbike taxi drivers, we will begin immediately, however.” Lt. Col Arus concluded. 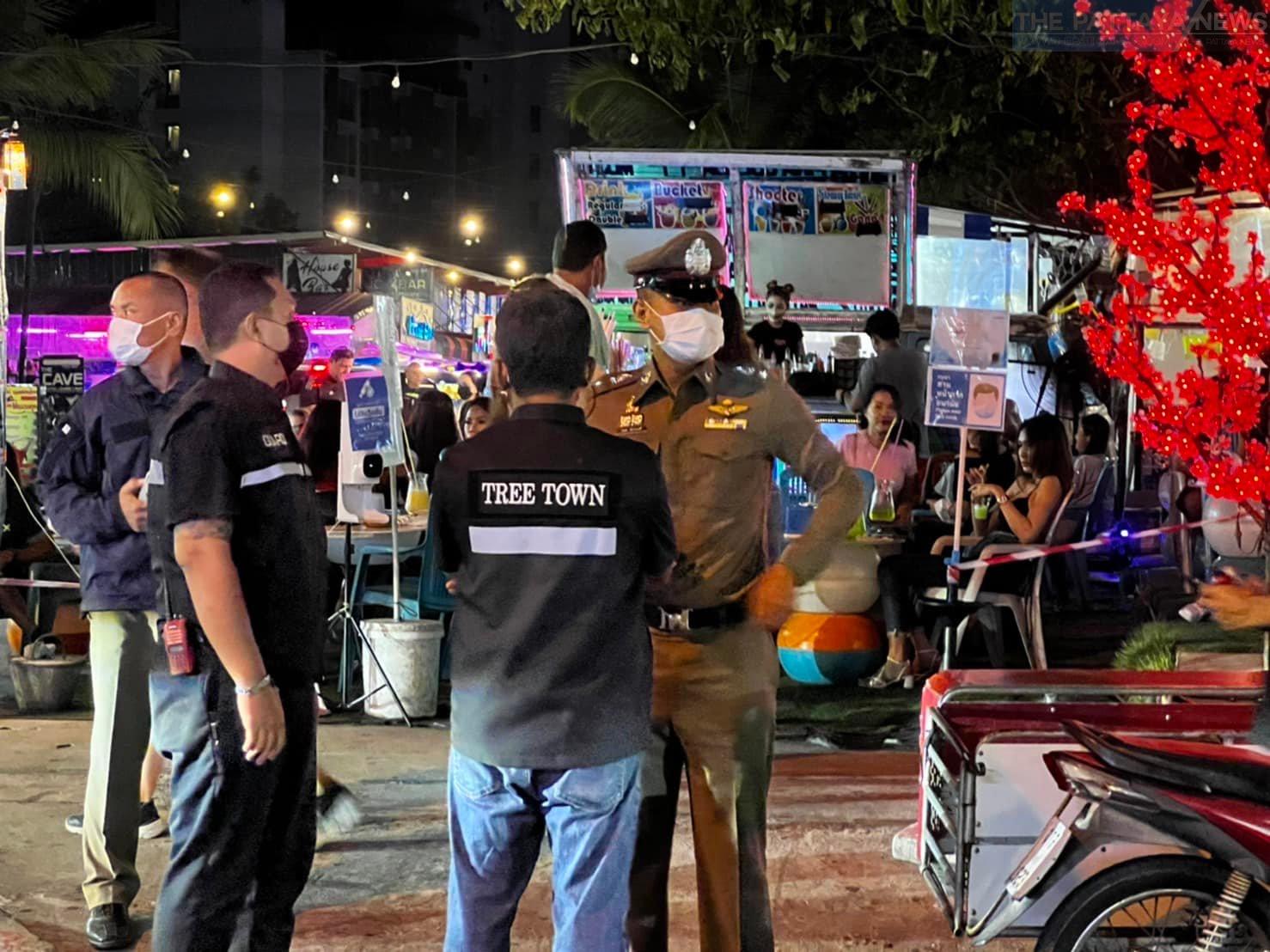