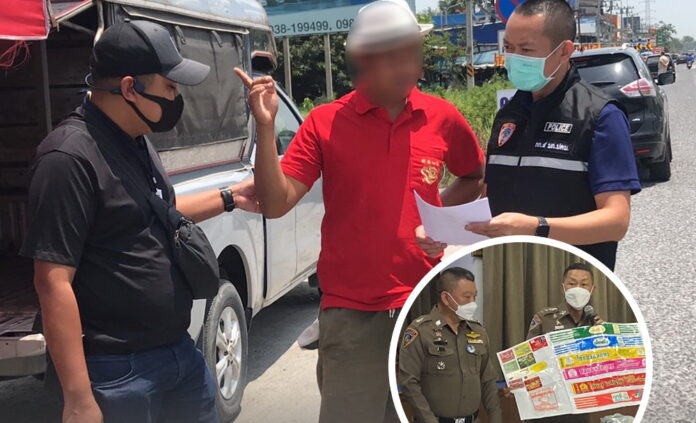 A couple has been arrested in Chonburi for allegedly producing contaminated sausages and food.

The Consumer Protection Police Division (CPPD) yesterday (April 22nd) reported that they have arrested a wanted suspect from the Chonburi Provincial Court  who is named by Chonburi police only as Mr. Sinart, 38, at a house in Nong Khang Khok, Mueang Chonburi district.

The arrest follows an incident after many children allegedly got very sick after eating sausages in February this year.

Chonburi Police continued their investigation and finally raided the house that was reportedly being used to produce contaminated sausages and food. Mr. Sinart and Ms. Raktawee, who are husband and wife, were found producing the food.

They were facing charges of offending various Food Health and Safety Acts by producing unlicensed food with no labels. The couple reportedly admitted to the charges. The penalty is six months to up to 10 years in prison and/ or fine from five thousand to 100,000 baht. Officers also seized more than 32 items worth more than 700,000 baht as evidence.

Our story similar incident about a sausage factory raid in February this year is in the link below.