Thailand’s Ministry of Justice is planning to resubmit the Civil Partnership draft to the Cabinet for reconsideration as it did not contradict any religious norms, which is another step forward for the potential legalization of same-sex marriage and partnerships in Thailand.

Justice Minister Somsak Thepsutin revealed today, April 20th, that after the cabinet had authorized the Ministry of Justice and the Rights and Liberties Protection Department to review the Civil Partnership Draft with three additional questions: the principles, rationale, and necessity of having such laws; the support for the government’s proposed Civil Partnership Bill and equal marriage; and the opinions among several religious groups and acedemics. 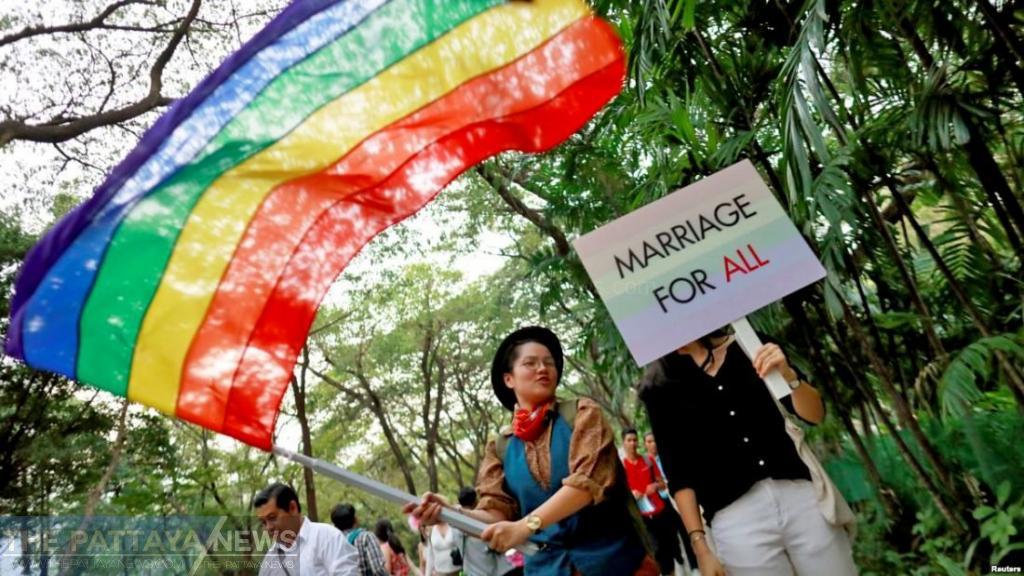 After listening to opinions from members of LGBTQ groups and religious groups as well as studying research from Sukhothai Thammathirat Open University, it was found that the draft bill, which included same-sex marriage, did not contradict Buddhist principles, the main religion in Thailand.

Meanwhile, Christianity representatives saw that it might go against their beliefs, so they rather encouraged the use of the term ‘Civil Partnership’ in the draft and requested the draft to also protect religious leaders who refused to marry same-sex couples. Representatives from the Islamic faith in Thailand said that the bill was contrary to their religious principles but they did not object to pushing it to become law.

“There used to be a similar draft law proposed to the House of Representatives but was turned down. But for the Civil Partnership draft bill, it was proposed by the government and was currently in the process of debate. After our study conclusion, the results and the redraft would be forwarded to the Cabinet for further consideration and the next steps,” the Minister of Justice said.