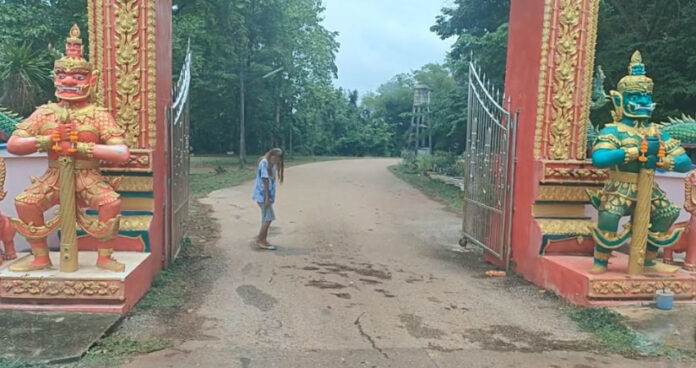 A homeless woman who previously went viral on Tiktok for standing oddly still for hours in Pattaya was found to have relocated to Udon Thani (In the Northeast of Thailand).

A homeless woman in Pattaya who went viral on Tiktok for standing oddly still for hours in the night received help from relevant authorities on April 5th, 2022.

The woman is now in her hometown in Baan Dung, Udon Thani (In the northeast of Thailand). However, she has once again been seen standing completely still for hours in the local area, including in the middle of roads, concerning Baan Dung residents.

Mr. Kakkrapan Chuaput, the District Administrative Chief officer, told the Associated Thai Press, “The woman was reportedly treated at a local hospital after authorities in Pattaya helped her to contact her relatives. She was taken back to her hometown where she now stays with her relatives. A psychiatrist conducted an evaluation on her and stated she was mentally sound, cognizant, and aware, despite her habit of standing still for long periods of time in public areas.”

Her niece, who asked the media not to be named, stated, “My aunt was a normal woman until her mother died many years ago. Three years ago, she was reportedly raped by her sister’s husband. After that, she began to stand still for extended periods of time. We filed reports to the police and the suspect in her rape was jailed for two years. He was, however, released last year.”

Family members of the woman have stated they are trying to assist her, however, are limited on funds and have reached out to other relatives in Bangkok for further assistance.

Have a general news tip, press release, question, comment, etc? We are not interested in SEO proposals. Mail us at Pattayanewseditor@gmail.com