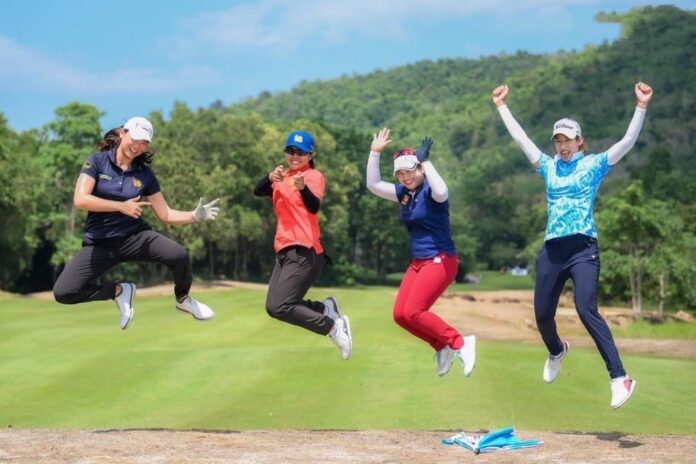 Two-time defending champion Chanettee Wannasaen will spearhead the stellar field of 137 golfers into the Bt3 million 3rd Thailand Mixed hosted by TrustGolf scheduled between April 28 – May 1 at the Rayong Green Valley Country Club.

The 18-year-old prodigy rose to prominence with three local wins this season. She won back-to-back Thailand Mixed titles at the Springfield Royal Country Club in Cha-Am in January and at the Sothern Hills Golf and Country Club in Songkhla last month, becoming the first to achieve the feat on the Tour.

On the men’s side, Atriut Winaicharoenchai is among the 117 professional players to vie for the trophy next week. The 21-year-old from Chonburi has been hot on his heels this year after claiming two consecutive All Thailand Golf Tour trophies in Khon Kaen and Chanthaburi. Other male contenders are big-hitting Thaya Limpipolpaibul, Itthipat Buranatanyarat, and Kwanchai Tannin, ranked third on the Order of Merits.

The third circuit of the 2022 Thailand Mixed series will be completed in a four-day stroke-play format of 72 holes with the top 60 and ties proceeding to the weekend rounds. Players, officials, and participants are required to strictly follow the protective measures against COVID-19 throughout the tournament week.

It marks the third and last Thailand Mixed event which will select the top two players on the 2022 TrustGolf Tour Order of Merits to compete in the TrustGolf Women’s Scottish Open scheduled between July 28-31 at the Dundonald Links in Ayrshire, Scotland.

Fans can watch live coverage of the third Thailand Mixed either on AIS Play APP and TrustGolf Facebook or Youtube.

TrustGolf, an indoor training center with advanced technology, has supported international tournaments including the “TrustGolf Women Scottish Open”, a Ladies European Tour co-sanctioned with the LPGA Tour event between 2021-2025. A great number of world leading golfers signed up for the event which helped promote a good image for Thailand.  Moreover, Thai female players, under the support of TrustGolf, were given the opportunity to compete in the European event.