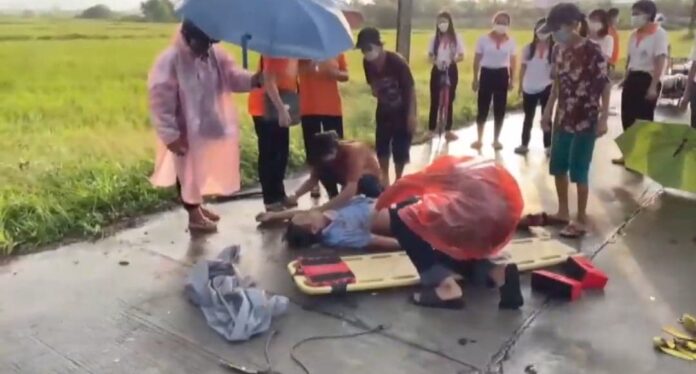 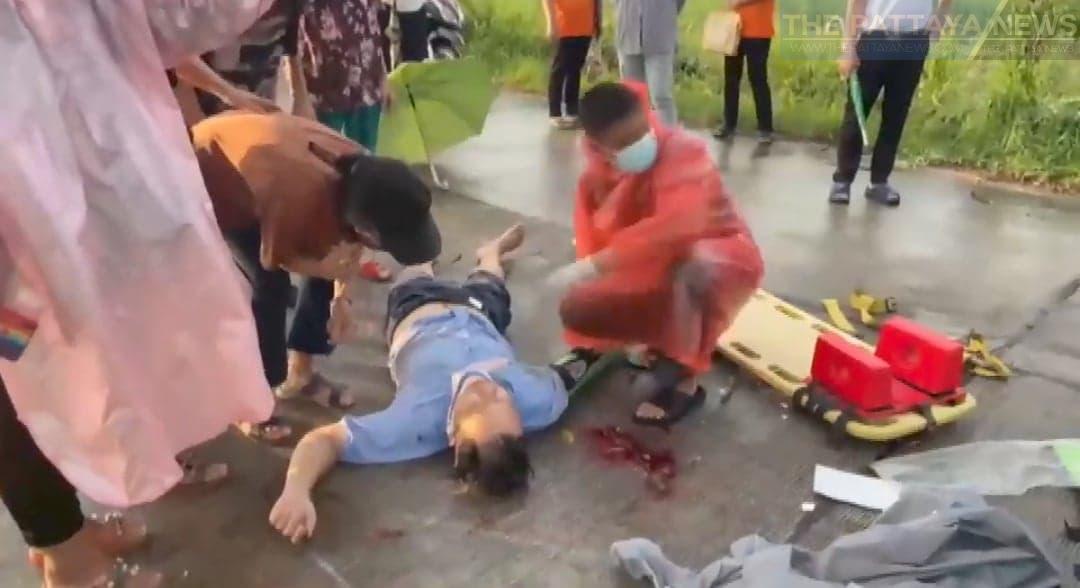 Upon arriving at the accident, Songsak Sae-Tiao, a 51-year-old victim, had sustained several bone fractures including his left leg and right temple and was in a drowsy state. Then, he was hospitalized at Ban Bueng Hospital. At the accident scene, there were also many fallen trees blocking the roadway which were later moved by Nong Chak public workers. 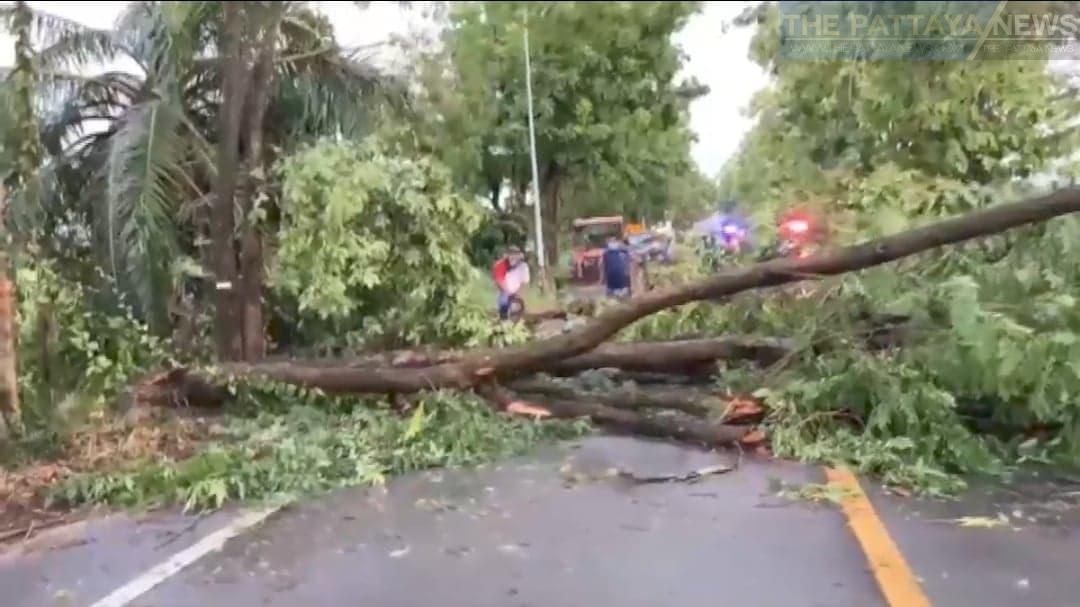