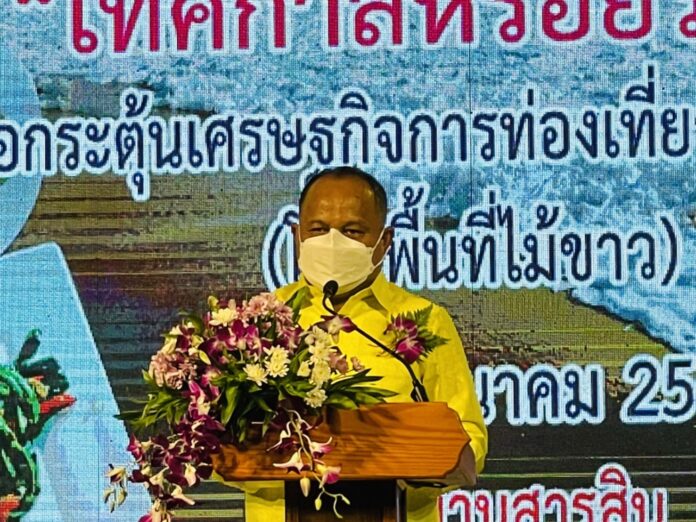 The Phuket governor is aiming at drawing more Arab, Indian, and Australian tourists after the number of tourists have dropped due to the Russia-Ukraine war and the impending low season.

Today, March 31st, Phuket governor Narong Wun Siew said that the number of international tourists traveling to Phuket has significantly reduced to 2,000-3,000 people per day in contrast with the previous average of 3,000-4,000.

According to the governor, possible reasons include the ongoing conflict between Ukraine and Russia because the majority of international tourists were Russian previously, and Phuket is also approaching the low season, which causes a noticeable decline in overseas room reservations. Furthermore, in order to entice tourists, more countries are relaxing their entry restrictions, particularly in Asia and the Pacific, which is likely to be one of the main reasons for the decline.

However, the governor said he had discussed the issue with the Minister of Tourism and Sports and claimed Phuket is working on devising certain measures to bring in more Arab, Indian, and Australian tourists to ease the decline.

TPN notes that the governor did not specifically say that the current Thai government should drop measures like Thailand Pass or Test and Go to improve tourism but this was highly inferred from some of his statements, comparing other countries like Cambodia to Thailand and their ease of entry vs. Thailand.

The Phuket Governor’s statements came as dozens of major associations, politicians, and organizations criticize the Thai Government on a daily basis to get rid of the maligned and hated Thailand Pass and Test and Go systems and fully reopen Thailand to tourism.