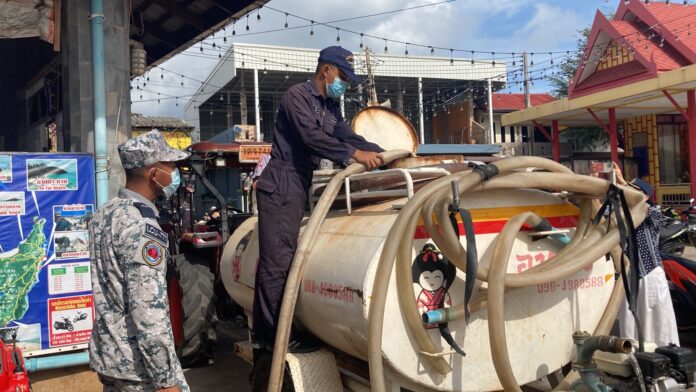 The Commander of the First Naval Area Command delivered 200,000 liters of water to Koh Larn residents this week due to an ongoing water shortage.

Monday, March 21st, the Commander of the First Naval Area Command, Sattahip district, Chonburi, authorized the use of HTMS Thong Kaew (His Thai Majesty’s Ship) to deliver 200,000 liters of drinking water to the citizens on Koh Larn where a water shortage started to become problematic due to recent drought.

The dedication ceremony was attended by Mr. Sontaya Khunpluem, the Pattaya mayor, and Rear Admiral Kwanchai Ingwang. The operation was beneficial to 90 households residing on Koh Larn.

TPN notes that this time of year is traditionally tougher for water but as for the third year in a row the annual Songkran water festival has been toned down and the world-famous water fights banned, this will help conserve precious water.