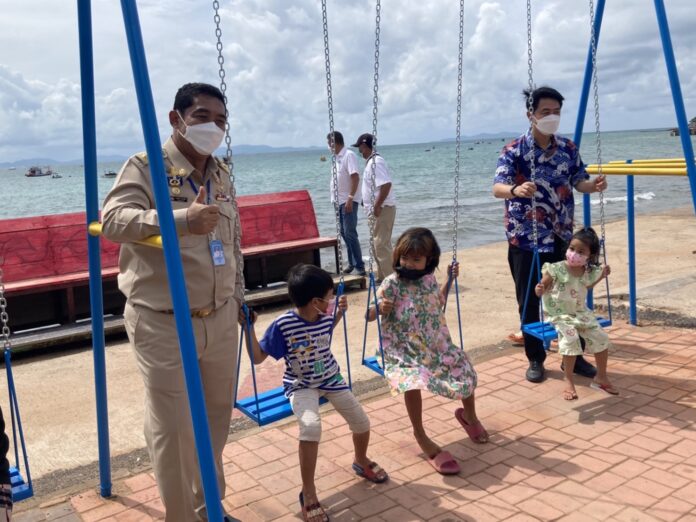 The Pattaya mayor donated 100,000 Baht of his own money to repair a children’s playground on Koh Larn this week.

Monday, the 21st of March, the Pattaya mayor Mr. Sontaya Khunpluem together with many relevant officials attended the delivery ceremony to present the repaired and refurbished children’s playground to Koh Larn residents. Formerly, the playground, according to local media, was 8×10 meters in size and was in a dilapidated condition before Mr. Sontaya decided to distribute his personal funds to restore it since the “normal” disbursement request process would take time.

Sontaya stated that the playground was considered as a “gift” from him for children on the island who often lack the amount of entertainment and resources those in mainland Pattaya do. Sontaya’s term as mayor officially ends in May and he has not officially announced if he will run again, although it is looking likely his political party will nominate another candidate as Sontaya may have his eyes on national politics once again versus local.