Khon Kaen authorities today, February 23rd, released an announcement of the ban of alcohol beverage sales in all restaurants and the organization of events that include a large gathering of more than 50 people due to the significant rise of Covid-19 cases in the province.

Provincial Governor Somsak Changtrakul said that the Communicable Disease Control Committee of Khon Kaen Province had agreed to temporarily suspend the sale of alcoholic drinks in 26 districts, including three pilot tourist blue zone areas, in order to prevent the spread of Covid-19 Coronavirus after the number of infections continued to increase.

He further stated that the organization of activities that previously allowed no more than 100 people had to be reduced to not more than 50 people. Any activities that exceeded the allowed number must be permitted by the district officials.

As for funeral arrangements, the authorities would like to ask for cooperation for organizing funerals for no more than 3 days and guests should not be more than 50 people as well, according to the new requirements. There should not be banquets or “social gatherings” at funerals until further notice and only religious and ceremonial events.

Meanwhile, the authorities also asked for the public and private business sectors to implement ‘Work From Home’ measures as much as possible to avoid unnecessary contacts and potentially reduce the spread of the virus.

These new regulations have already been technically in effect since February 13th but were recently announced. Buriram province earlier this week stopped most in-person schooling and also banned service venues and “restaurants” (bars) and live music at restaurants temporarily. Technically, bars are still closed nationwide in Thailand since April of last year but have been allowed to be temporarily converted restaurants with various licenses and certifications in some provinces. 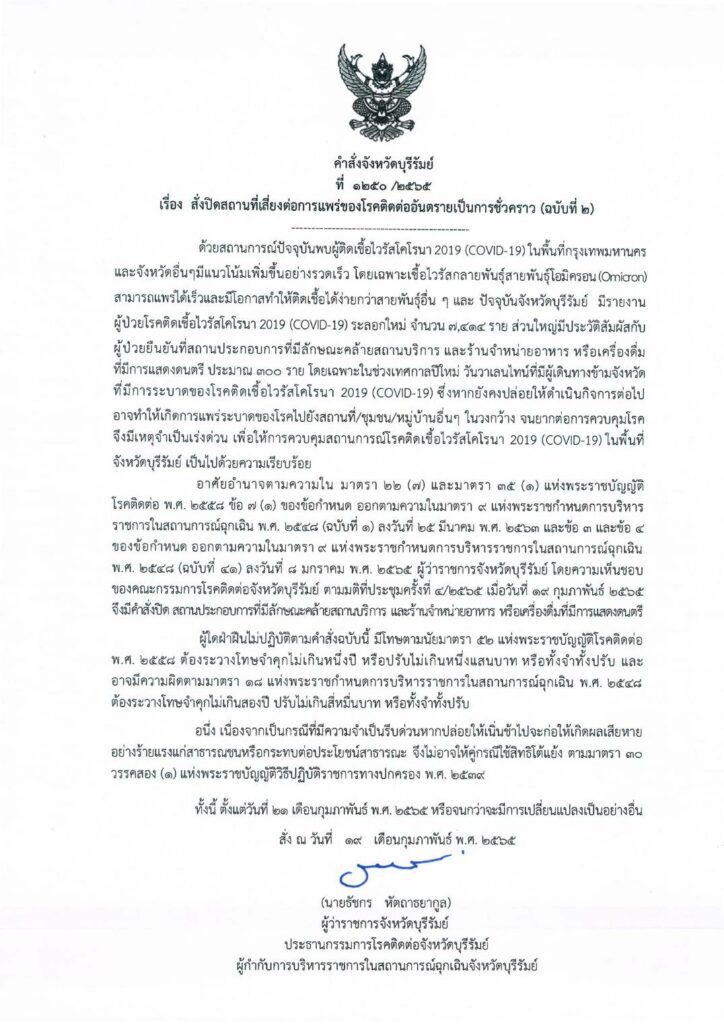