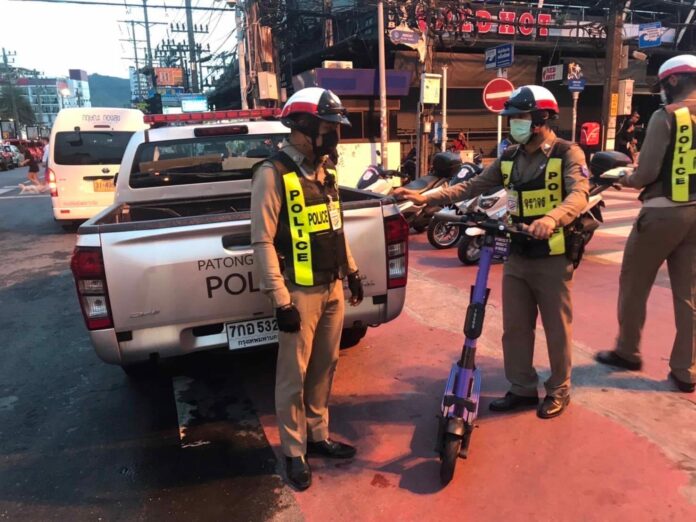 Patong police today, February 21st, warned tourists who were riding electric scooters on the roads of Patong area, Phuket that they could face legal charges and vehicle confiscation as it was allegedly violating the country’s vehicle Act.

This in turn caused social media to outroar throughout the day, with many foreign tourists and ex-pats accusing police of specifically targeting tourists for money-however, Patong Police claimed this wasn’t the case and that they were just enforcing the law and helping keep tourists safe from potential injury. This led to some social media “netizens” asking why the police did not target scooter rental companies instead of foreign tourists.

Police Colonel Sujin Nilbdee, Superintendent of the Patong Police Station, told local reporters affiliated with TPN media that the police had received complaints of Thais and foreigners driving electric scooters on the road since December 2021, which may be dangerous to drivers and other road users. The officials then cooperated with Phuket’s transport department to inform the public about the potential dangers of using such vehicles on the road. 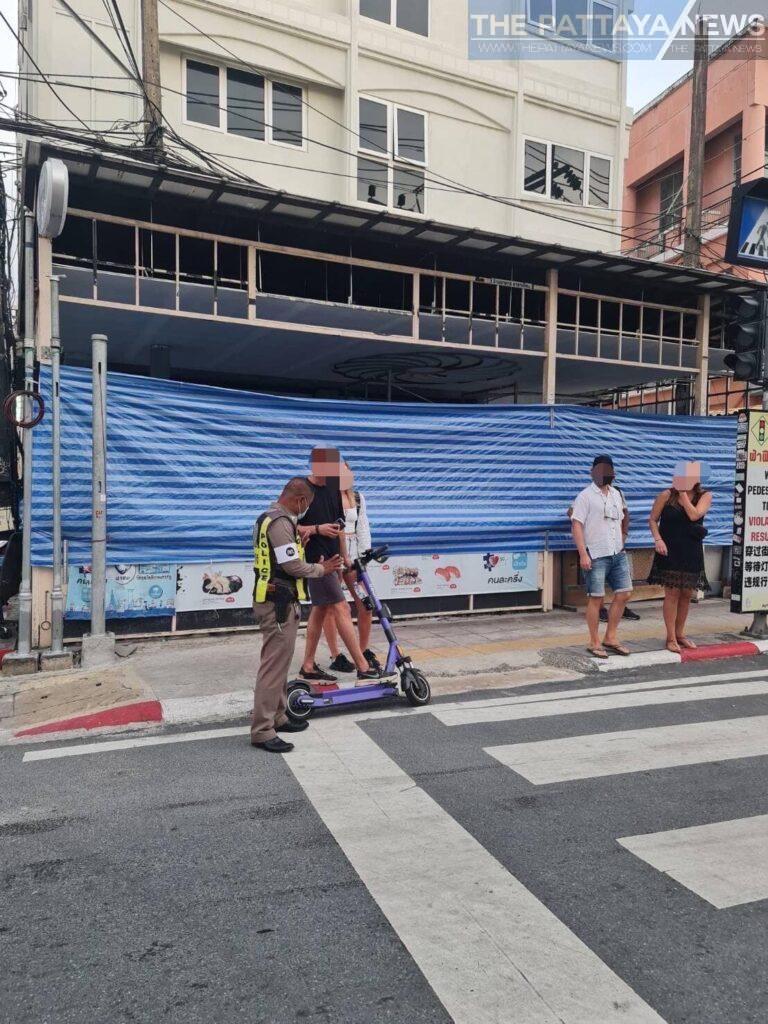 During February 16th and the 19th, local traffic had inspected the Patong road and charged electric scooter riders for allegedly using an unregistered vehicle and driving without a driving license, violating sections 6 and 64 of the Vehicle Act. The penalties could be a fine of not more than 10,000 baht or imprisonment for not more than 1 month.

Some of the electric scooters were also confiscated as evidence for further investigation and legal proceedings. Meanwhile, the Superintendent also ordered the public relations to continue to inform tourists who used the electric scooters to be aware of the road safety and the traffic law. 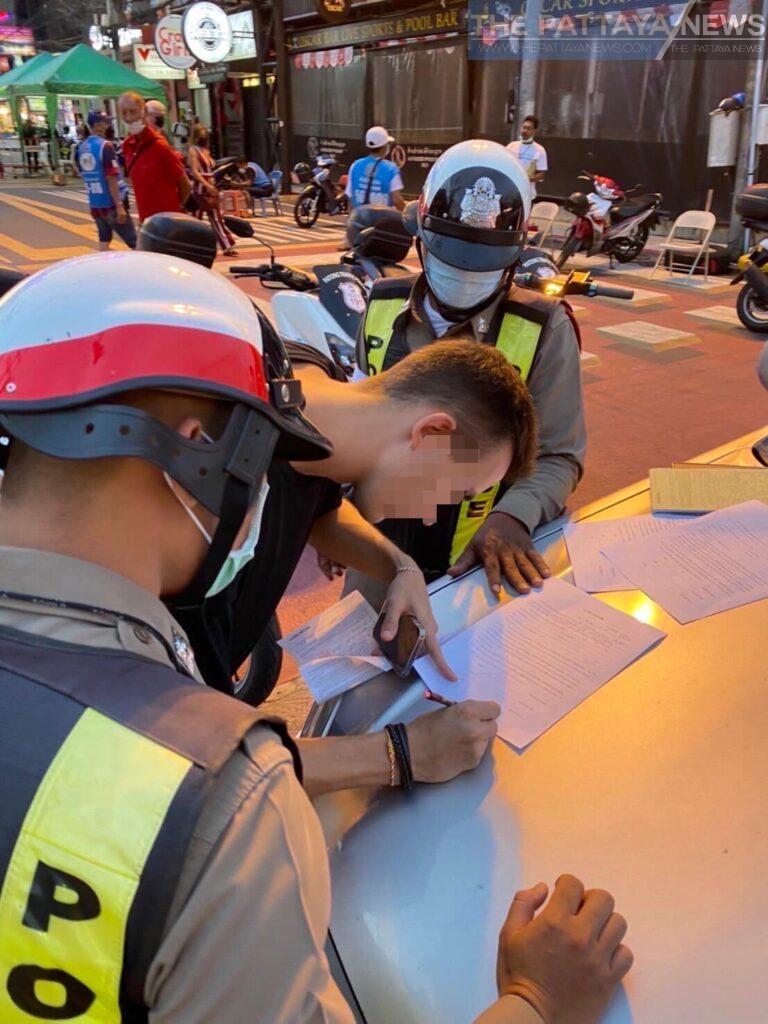 As of today, local media reported that rental shop owners and sales representatives of electric scooters in the area had joined a meeting with Phuket Provincial Transport Officer and Patong Police Station to discuss a possible resolution, noting that the entire situation was a bit of a “Catch 22” as proper registration of the vehicles with the department of transportation was, according to local rental shop owners, not technically possible. 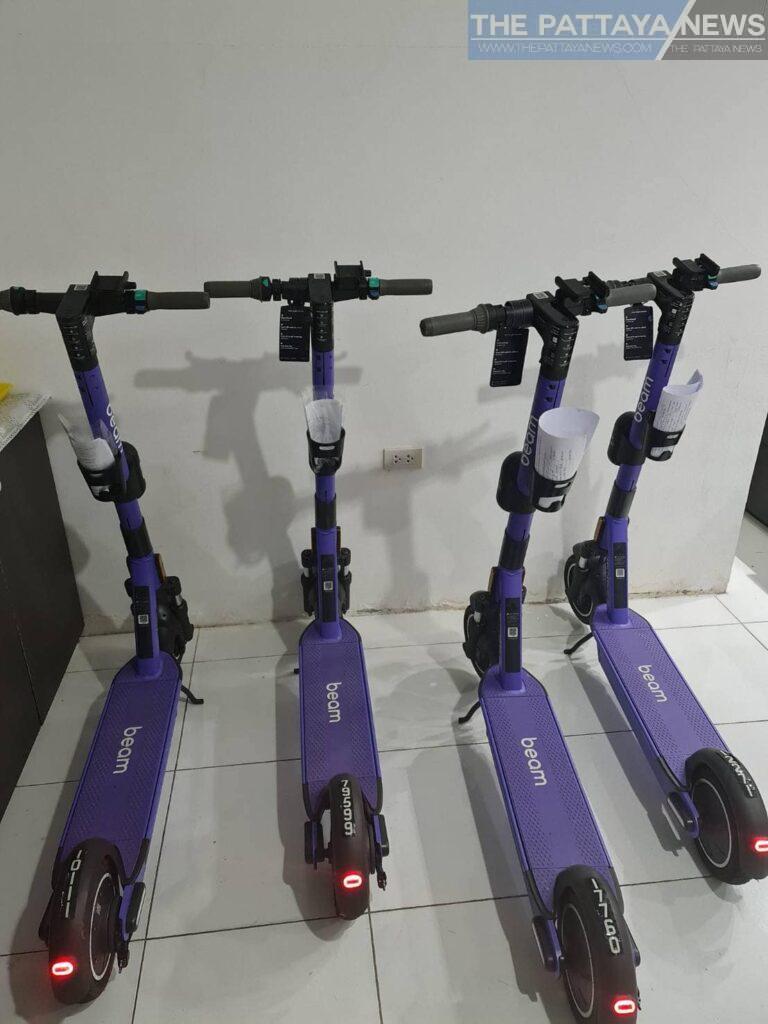