A gold shop snatcher has been arrested after stealing several gold items from a gold shop at a shopping mall in the Panat Nikhom district yesterday (February 2nd).

A gold snatcher stole gold items with an estimated worth of more than 200,000 baht from a gold shop in a shopping mall in the Panat Nikhom district yesterday (February 2nd).

Late last night the Panat Nikhom Police hold a reenactment at the gold shop after they have arrested the suspect Mr. Gunnapan Sisawat, 43, from the Phan Thong district who is a driver from the Kok Ploa Tambol Administrative Organization in the Panat Nikhom district. 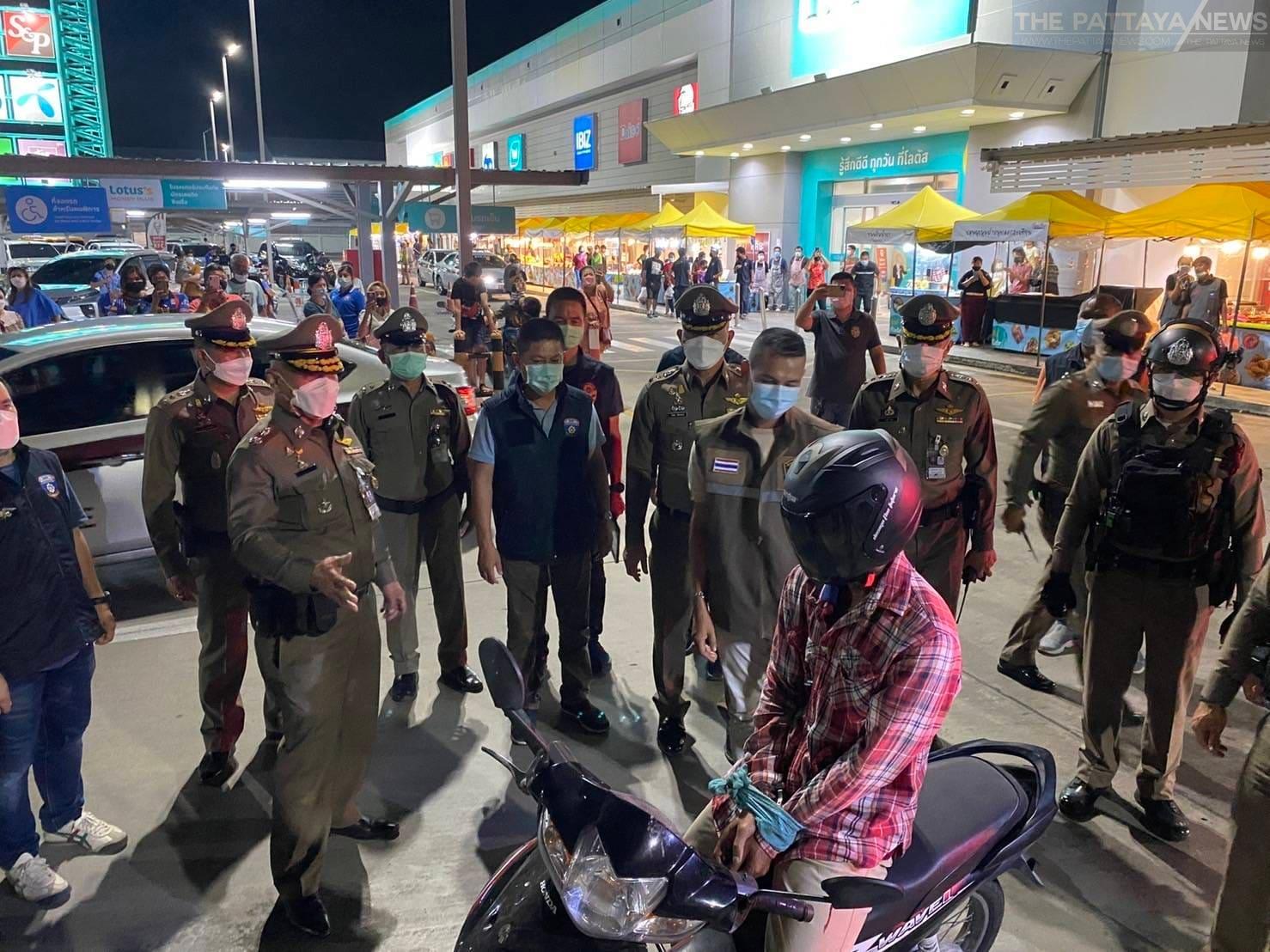 Seized from him were gold items worth more than 80,000 baht. Gunnapan is facing charges of robbery.

Gunnapan admitted to police, “I am about 50,000 baht in debt due to online football gambling. I was under heavy pressure to pay the debt and felt I had to snatch the gold items even though I knew there were many CCTV cameras.”

“I sold some of the stolen gold items at a pawn shop in the Mueang Chonburi district. I received about 100,000 baht. I bought a new mobile phone for about 14,000 baht, paid for some electronic equipment for about 1,500 baht and used most of the rest to pay my debt.”