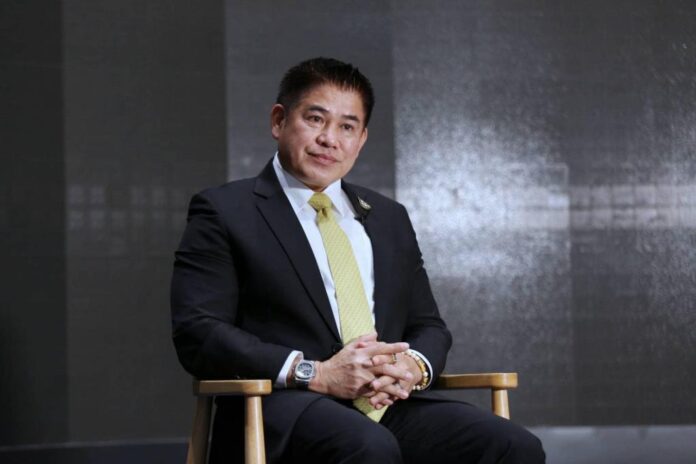 Secretary-General Thammanat Prompow and another 21 MPs from the Palang Pracharat Party have been ousted from the ruling party of Prime Minister Prayut Chan-O’Cha, following the party’s executive members meeting on Wednesday, January 19th.

The former Deputy Agricultural Minister, who once described himself as “the main artery” of the ruling party, along with the MPs reportedly under his control, was forced to leave the party due to, as the local media reported, internal political conflicts with other major party members.

The party decision had drawn public attention last night with comments mentioning the first notice of possible internal conflicts when Thammanat was previously accused of allegedly attempting to oust the Prime Minister during a censure debate in parliament in September 2021.

Although the ousting was instantly not put into effect, Thammanat already posted online following the party’s decision that he was thankful for the public support and humorously saying “Which party should I go for?”

Thammanat has long been a controversial figure in the Thai government, much of it traced to this.

The party was established by experienced politicians and academics and opened for new generations and thinkers to help move the country forward in many aspects, according to their statement during the conference yesterday.

“We, Building Thailand’s Future, won’t go for the extreme. We are not extremely right nor left. We will not cheat and betray the nation. We volunteer to be another option for Thai people. We’d like to invite everyone to create the future of Thailand together.”

The party is likely to be joining the Thai political movement in the upcoming elections.