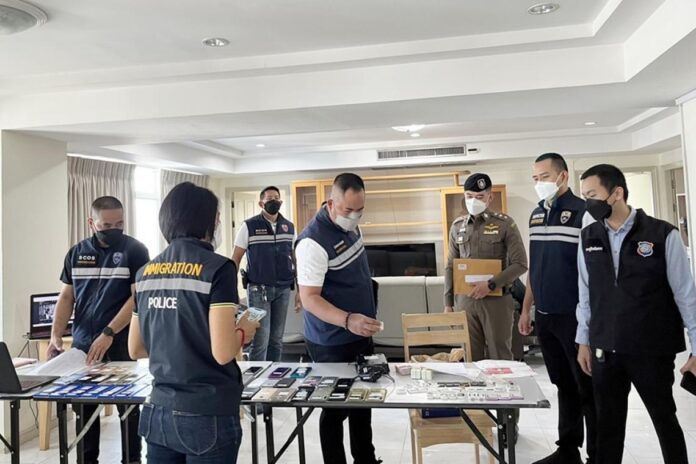 A group of 10 Chinese nationals was captured at a luxurious condominium in the heart of Bangkok today, January 20th, for allegedly operating a call center service for illegal gambling websites.

Thailand’s Police Cyber Taskforce arrived at the condominium in Soi Sukhumvit 39 after being notified by the Chinese embassy that about 17 Chinese suspects had fled to Thailand after being wanted for alleged phone fraud.

Upon arrival, 10 Chinese people were discovered, six of them were wanted under Chinese arrest warrants. Properties in dispute, including 19 laptops, 79 mobile phones, 167 SIM cards, signal range extenders, casino tokens for 300 online gambling sites, 14 luxury watches, 10 bookbank accounts, 3 cars, and a motorcycle, were also found and confiscated at the scene. 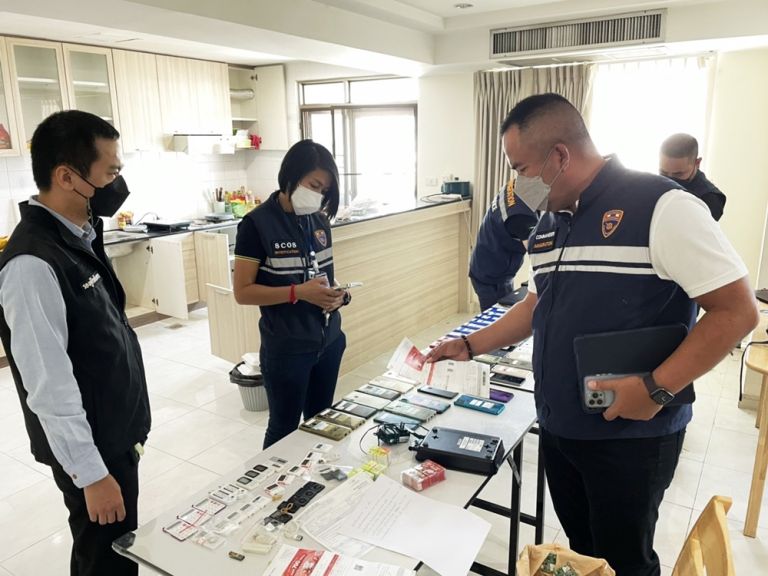 The initial investigation revealed that the gang also reportedly continued to run six illegal gambling websites during their escape to the Kingdom. All the victims were mostly Chinese people. Remains of the casino tokens that were used to transfer money were found destroyed and scattered at the scene.

Two suspects wanted by the Chinese government had reportedly already left the country, according to the Thai police. Initially, all of the people found at the condominium were taken to the local police station for interrogation.