Thailand reported the first known death of an Omicron infection from the Southern province of Songkhla yesterday, January 16th.

According to the Songkhla Provincial Public Health Office, the fatality was an 86-year-old bedridden woman who was recorded with a health condition of Alzheimer’s. She already received two doses of Pfizer, according to her vaccination records.

The patient reportedly proved positive with an ATK (Rapid antigen) test on January 6th, possibly infected from her grandson who was previously found infected with the Omicron variant after returning from Phuket. She was transferred and isolated at Hat Yai hospital. 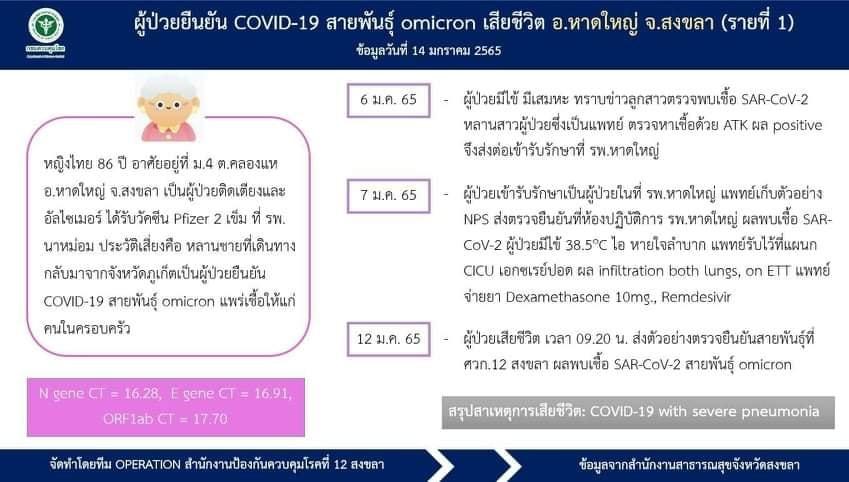 Her RT-PCR test also confirmed positive for the virus on the 7th. Her health condition was worsening with severe pneumonia and eventually pronounced dead on January 12th, at the same time as her virus was confirmed as the Omicron variant.

The case marks the first known death of an Omicron-infected patient from a local transmission in Thailand. TPN media notes that NOT every single case of Covid-19 in the country is individually sequenced to identify the variant, however.