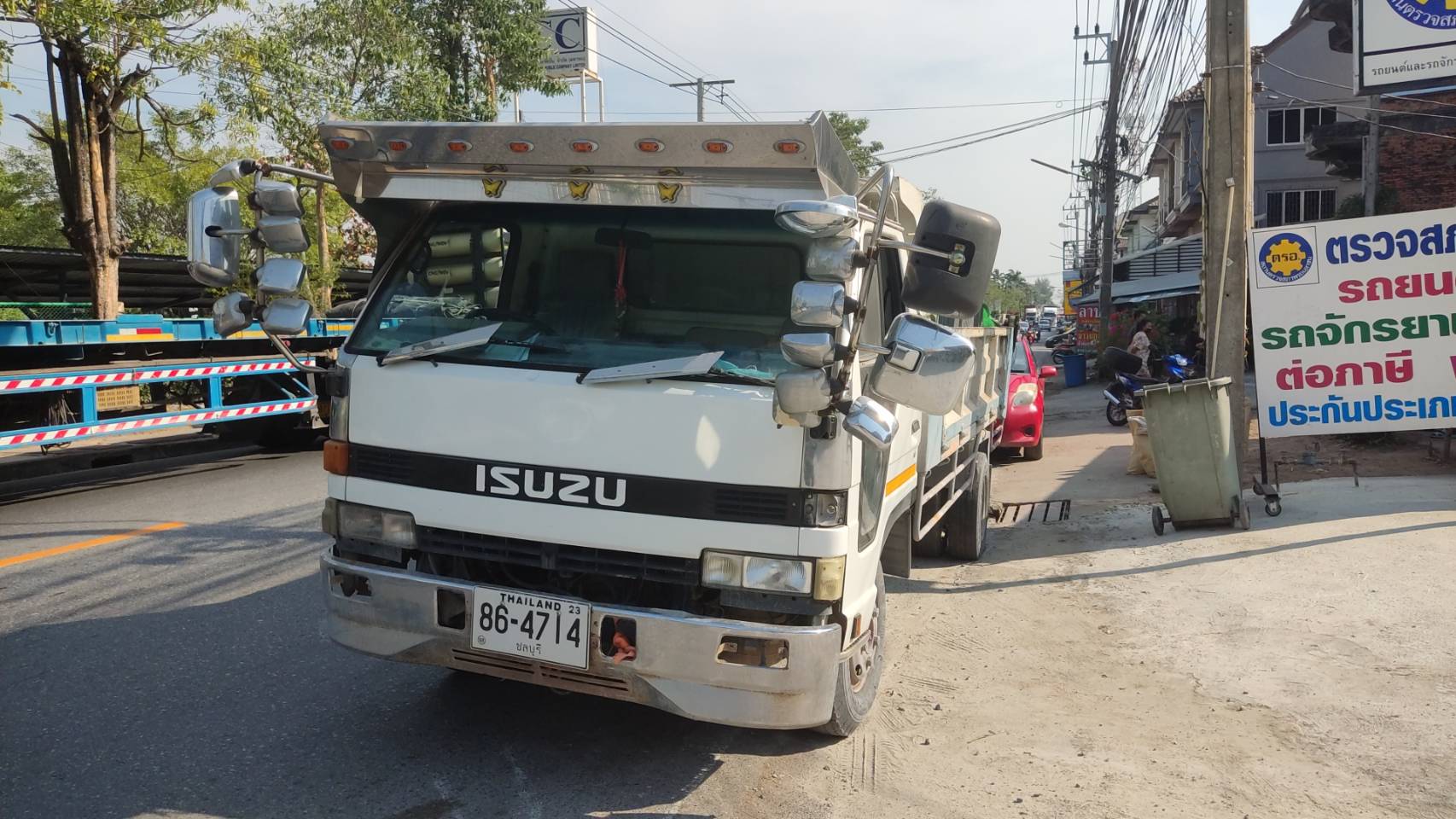 A 41-year-old man died after falling from the back of a truck carrying concrete blocks and being struck by another truck in Sri Racha this afternoon (January 11th).

The Sri Racha Police was notified of the accident at 3:00 P.M. on the Nine Kilo Road in the Surasak sub-district.

Emergency responders arrived at the scene to find a truck that had been carrying concrete blocks on the road. Nearby, they found the body of Mr. Udom Saemarak, 41, from Buriram. He had suffered fatal injuries after being struck and run over by a second truck. A witness, Mr. Teerawat Sateansiriwisat, 38, told Sri Racha police “I was driving my car behind the concrete truck. Mr. Udom appeared to be sleeping on the pile of concrete blocks on the back of the truck.” 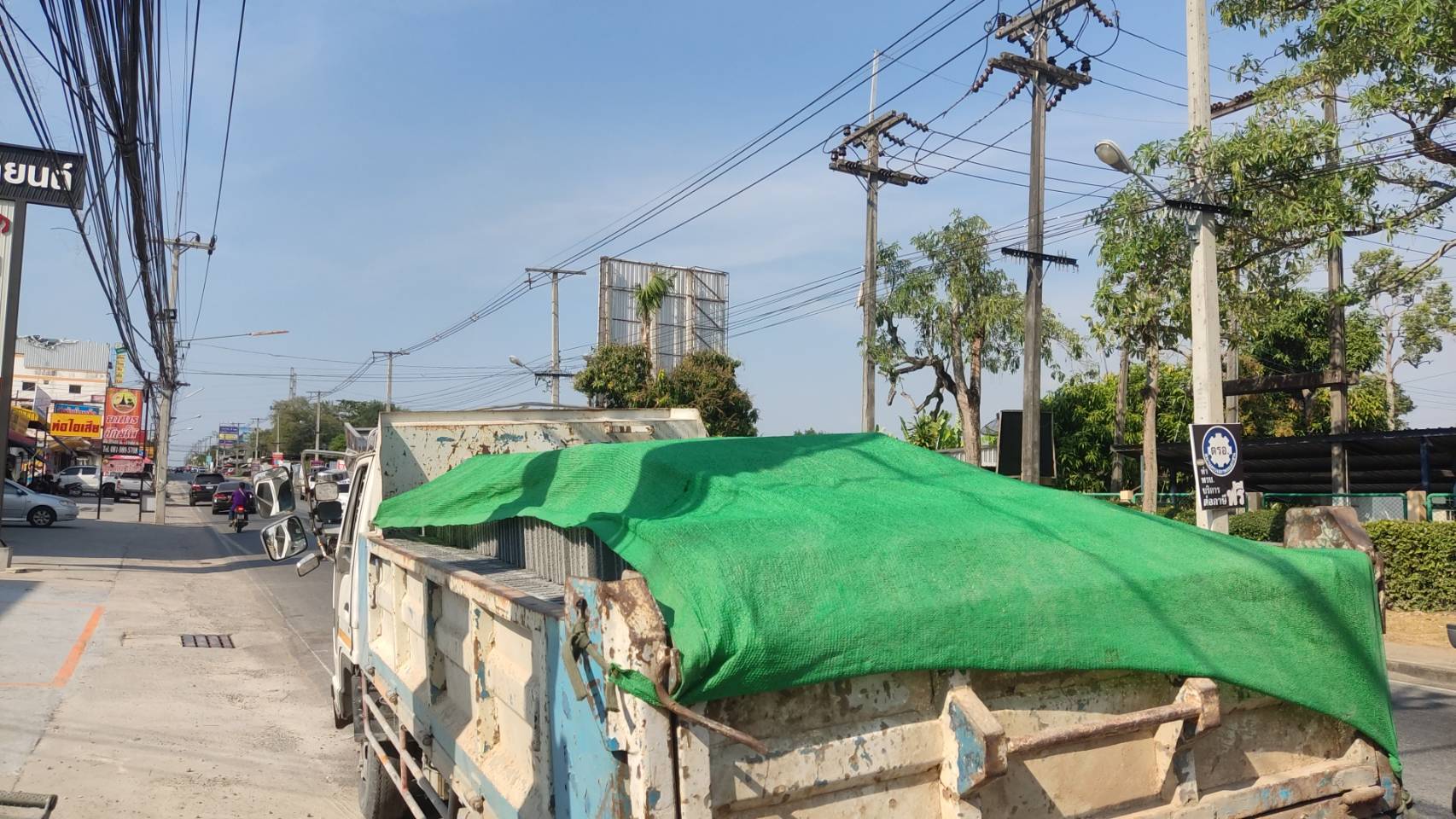 “The truck hit a small pothole on the road, causing Mr. Udom to fall from the truck and immediately get run over by another vehicle. I honked my horn repeatedly to notify the concrete truck driver as he did not realize that someone fell from the truck.” Teerawat stated to TPN media.

The name of both truck drivers were not released and both were temporarily detained by Sri Racha police for further investigation around the fatal accident. 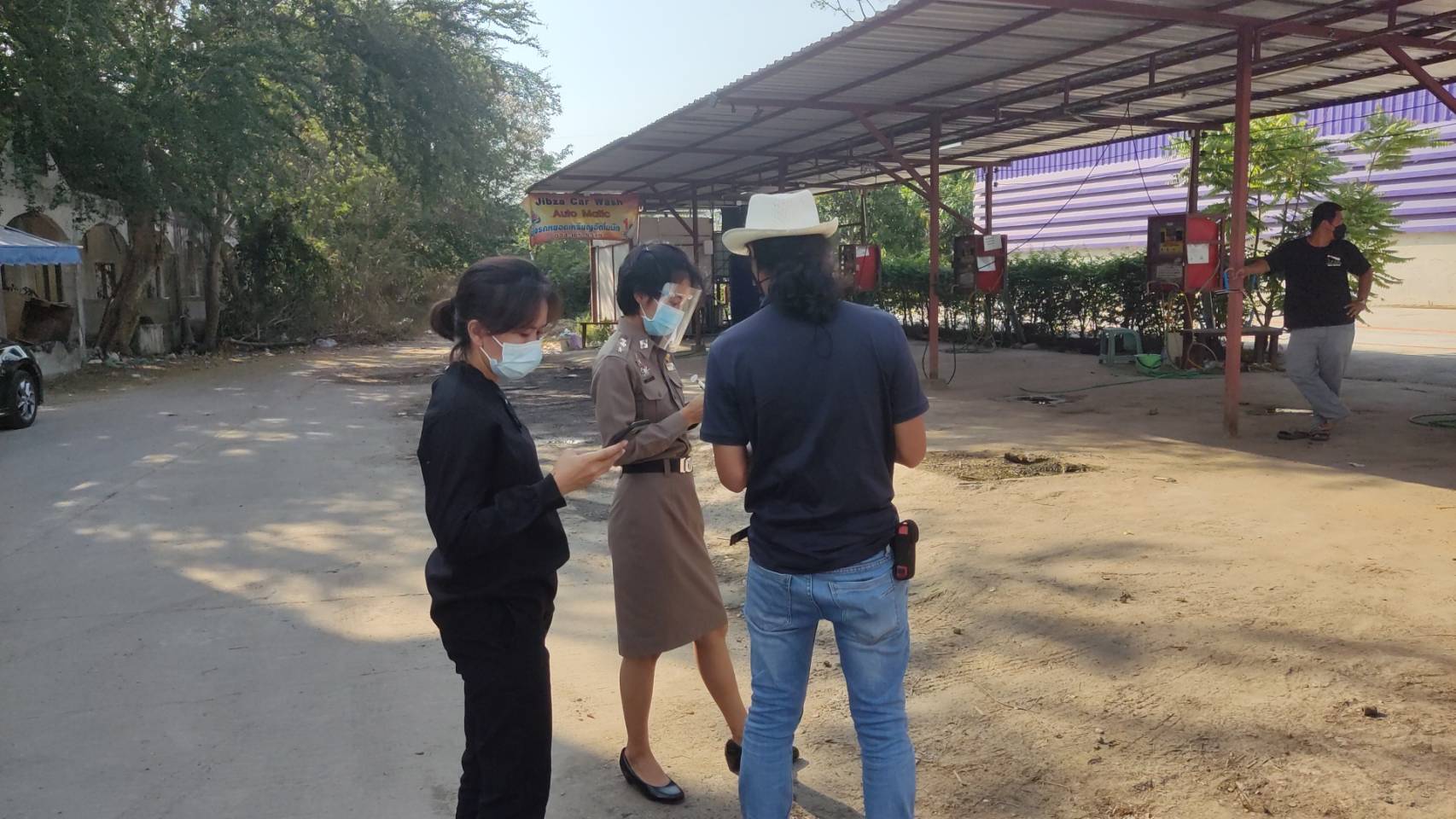