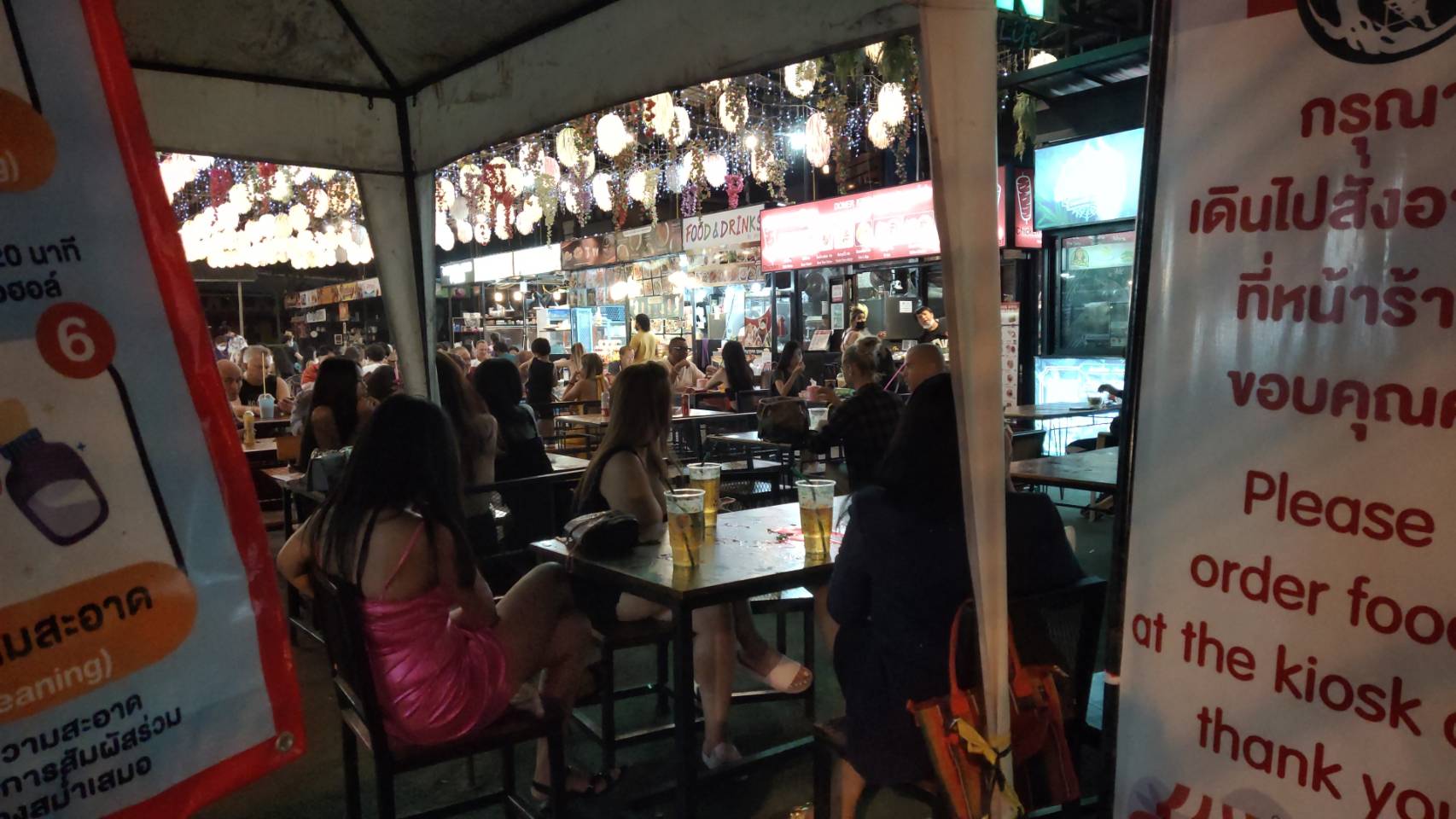 Officials from relevant agencies inspected multiple venues in the Pattaya area last night to ensure that there were no alcohol sales after 9:00 P.M. 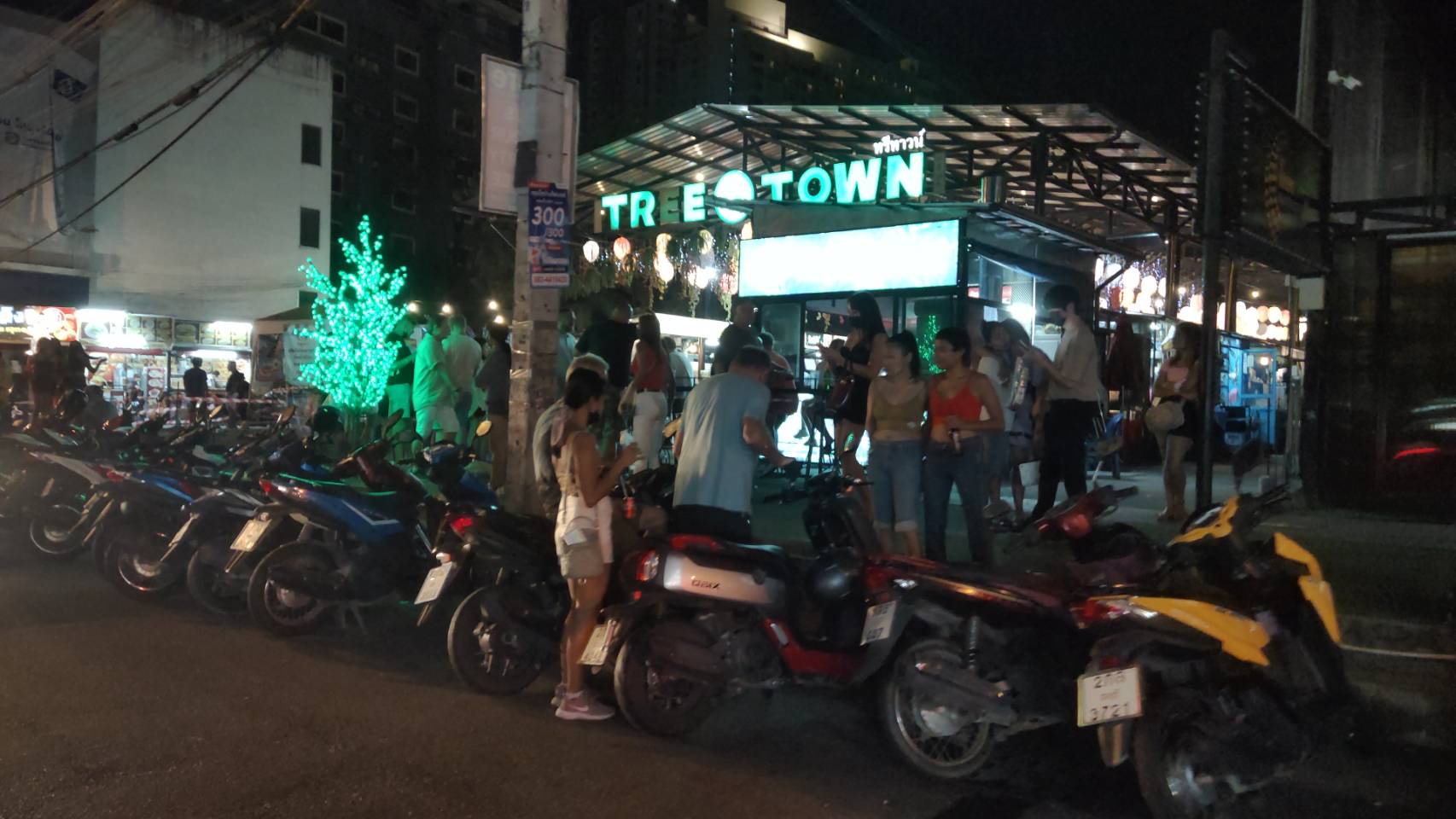 Many business venues on South Pattaya Road, Pattaya Third Road and Pattaya Walking Street have cooperated with the order, according to Phonchai. 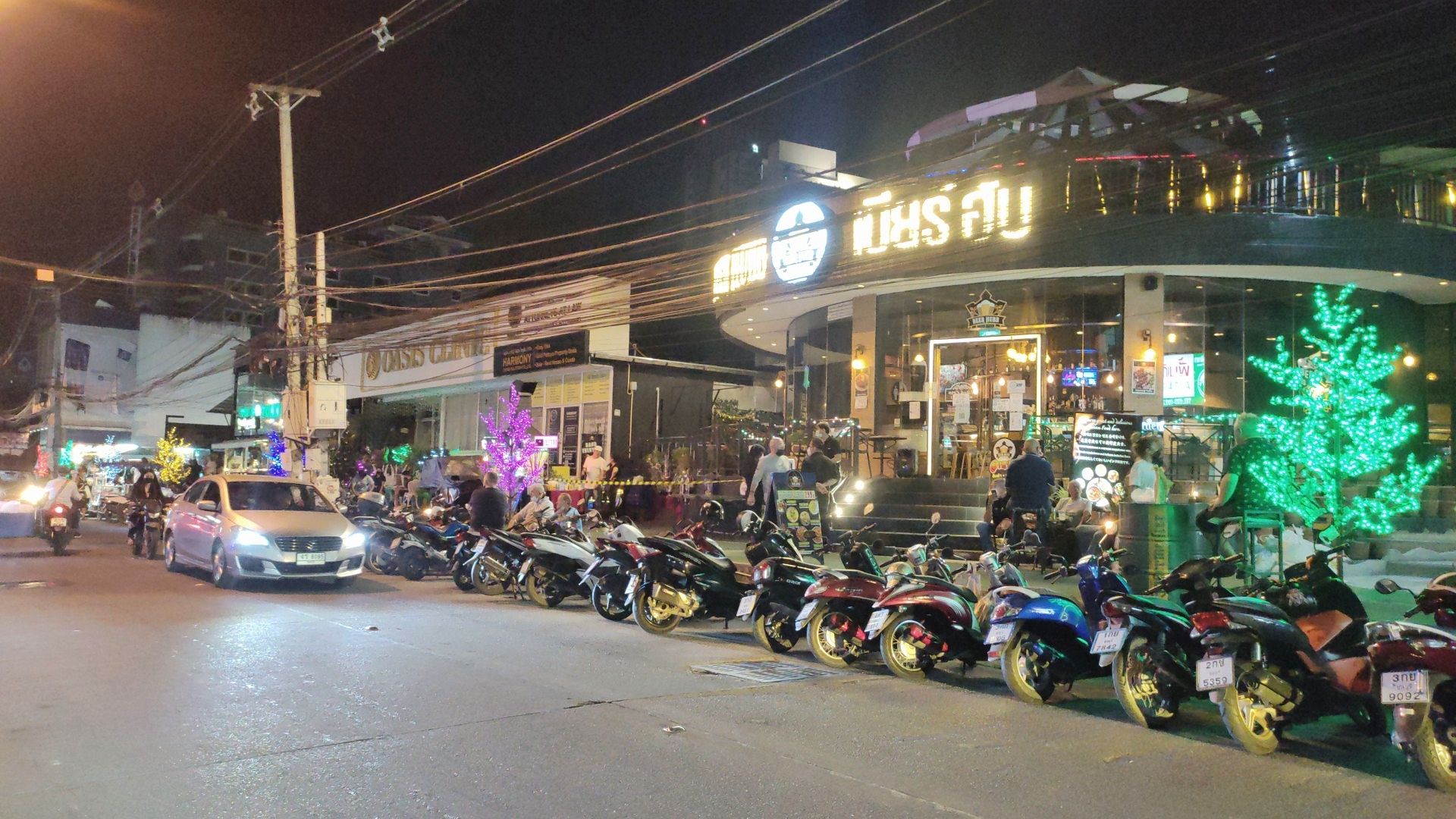 However some venues were found not following the order, especially on side streets. They still allowed customers to drink inside venues but turned off lights and closed front doors, attempting to fool authorities. Some were reportedly serving alcohol in coffee cups, plastic cups, or soda cans according to Phonchai.

Many Thais and foreigners were also reportedly found hanging out around venues on the street like at the Tree Town market. No Covid-19 measurements were checked for these folks who according to Phonchai were drinking on sidewalks, curbs, public benches, and other public areas to attempt to avoid rapid testing rules or being checked for Covid 19.

Phonchai suggested to rope off public areas around popular bar areas like tree town and provide central access points to discourage people from drinking on the street and gathering. Police were also seen touring the beaches after 9PM in parts of Banglamung stopping groups of people from drinking and socializing.

Phonchai stated to TPN media that if business operators are not following Covid -19 rules, they might order a total closure of alcohol related venues or bring back a despised alcohol ban that was in place at restaurants for eight months last year. So far, only soft warnings were given as last night was the first night of the new rules but this will change soon, according to Phonchai.

The strict and controversial rules around requiring customers to conduct rapid antigen testing to enter alcohol serving venues and the early closing times are due to rising Omicron Covid19 cases in the Pattaya area after the New Year and concerns from area officials. 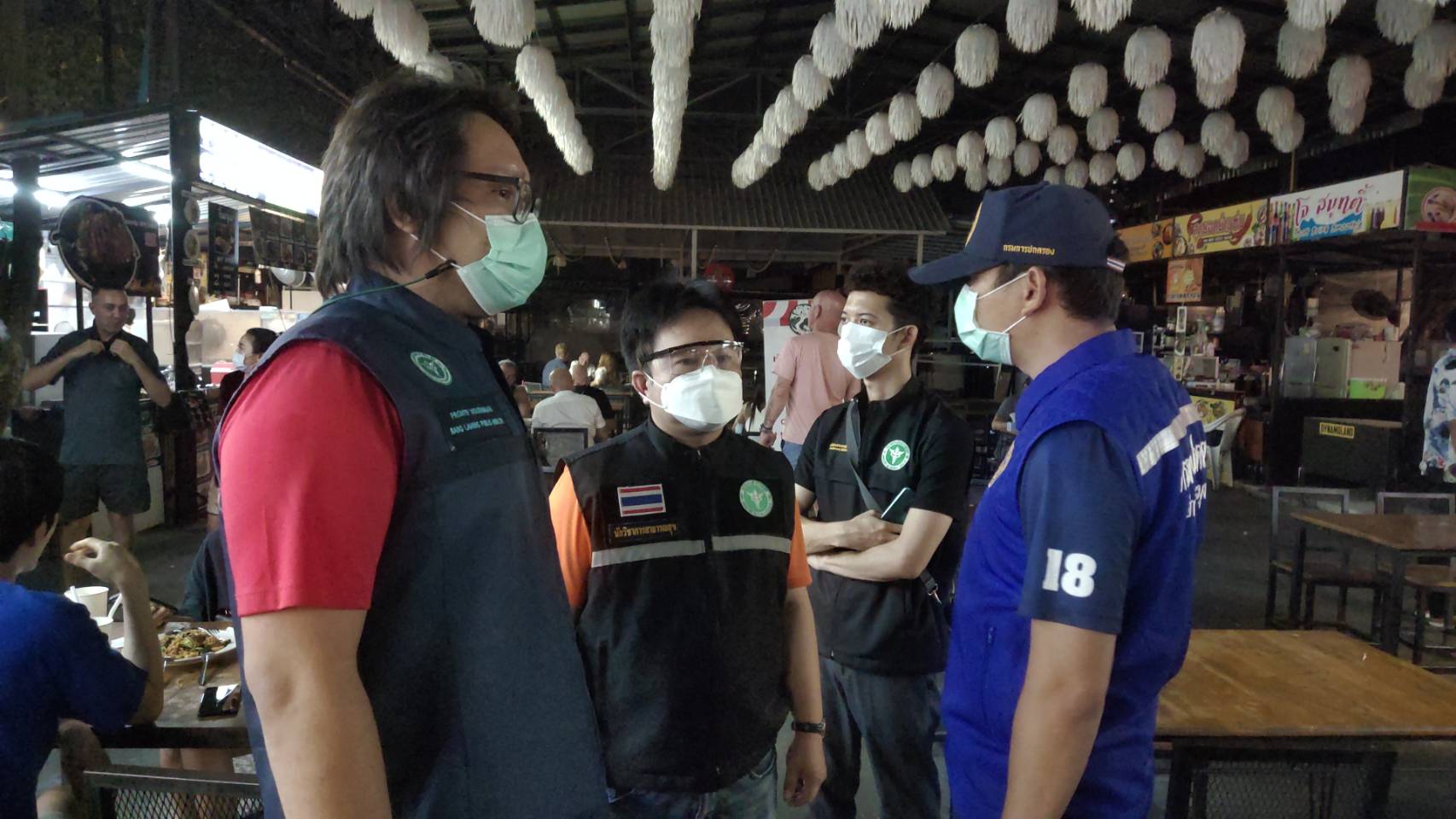