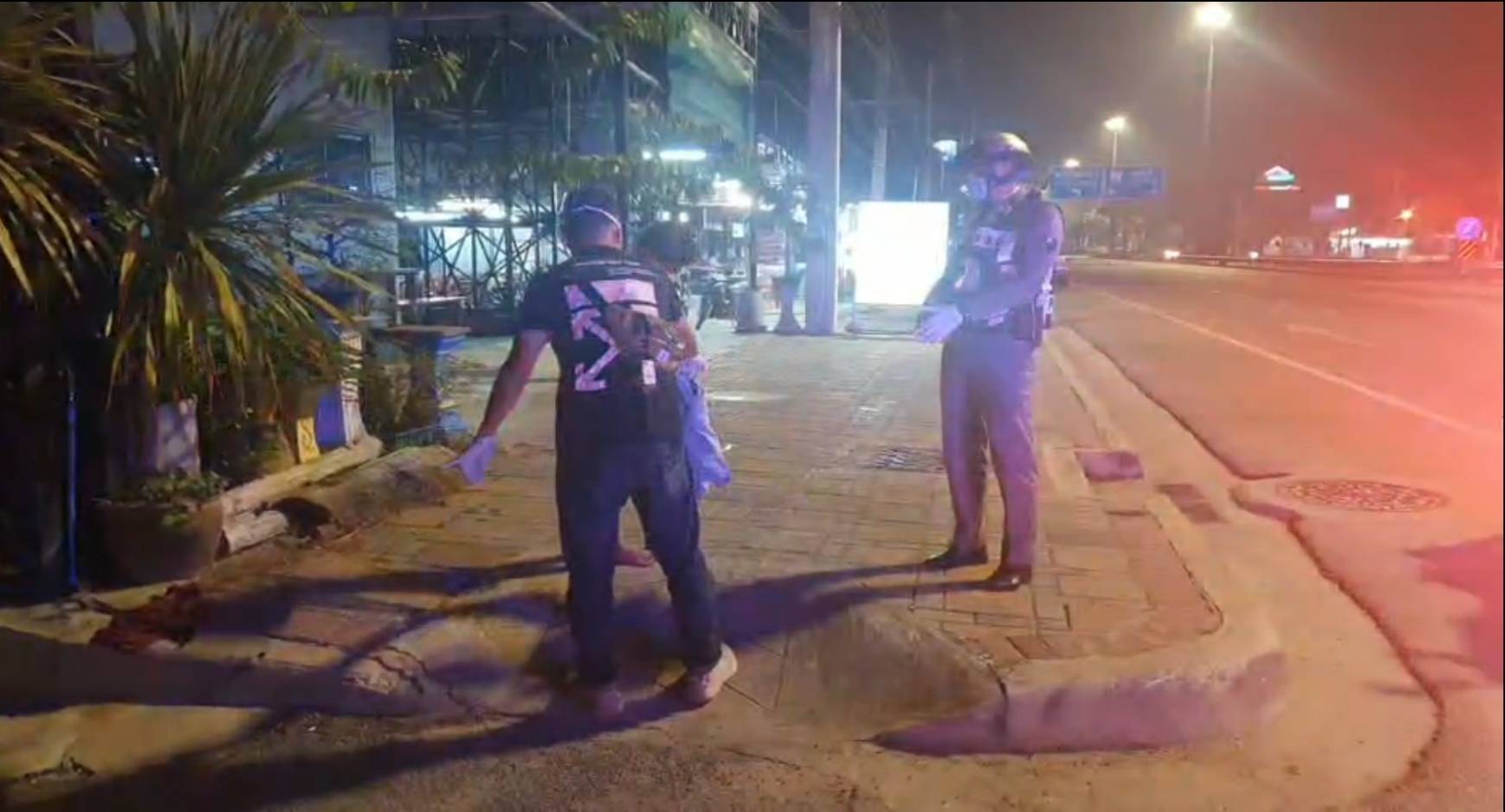 Police reported that they caught a completely naked woman, believed to be heavily intoxicated, who was found walking near the highway in Pattaya last night (January 9th).

The Banglamung Police were notified of the incident at 10:00 P.M. at the entrance of Soi Sukhumvit 12 on Sukhumvit Road. Concerned motorists reported the lady stumbling down a sidewalk unclothed.

Police and emergency responders arrived at the scene to find the naked woman aged around 25 to 30 years old, who was initially unidentified. The woman was talking in circles according to police, and appeared to be heavily intoxicated. It took about 20 minutes before the woman agreed to put on clothes, claiming that she saw nothing wrong with walking around in her birthday suit.

The woman was brought to a local hospital for a medical checkup and was eventually identified, although her identity has been withheld, and was taken home with friends and nearby residents stating that she was “just drunk”.