A monk has been arrested with 140 methamphetamine pills at a temple in the Bor Thong district.

The arrest came after Bor Thong police were notified from locals that the monk was allegedly using illegal drugs inside the temple.

The monk was expelled from the monkhood before being taken to the Bor Thong Police Station. He is facing charges of illegal possession and use of Category 1 Drugs.

Suwan did not answer any questions posed by the press in relation to the charges. 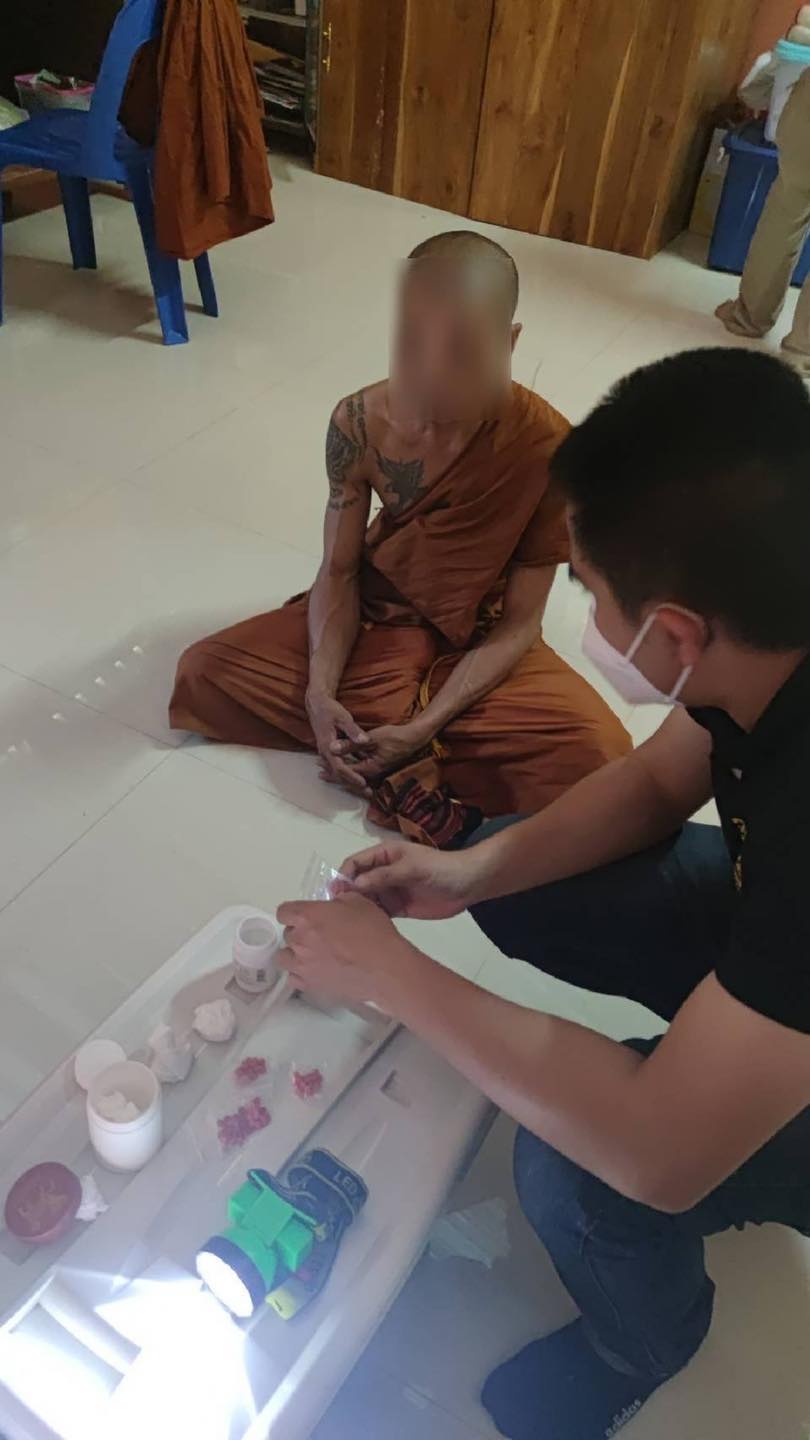