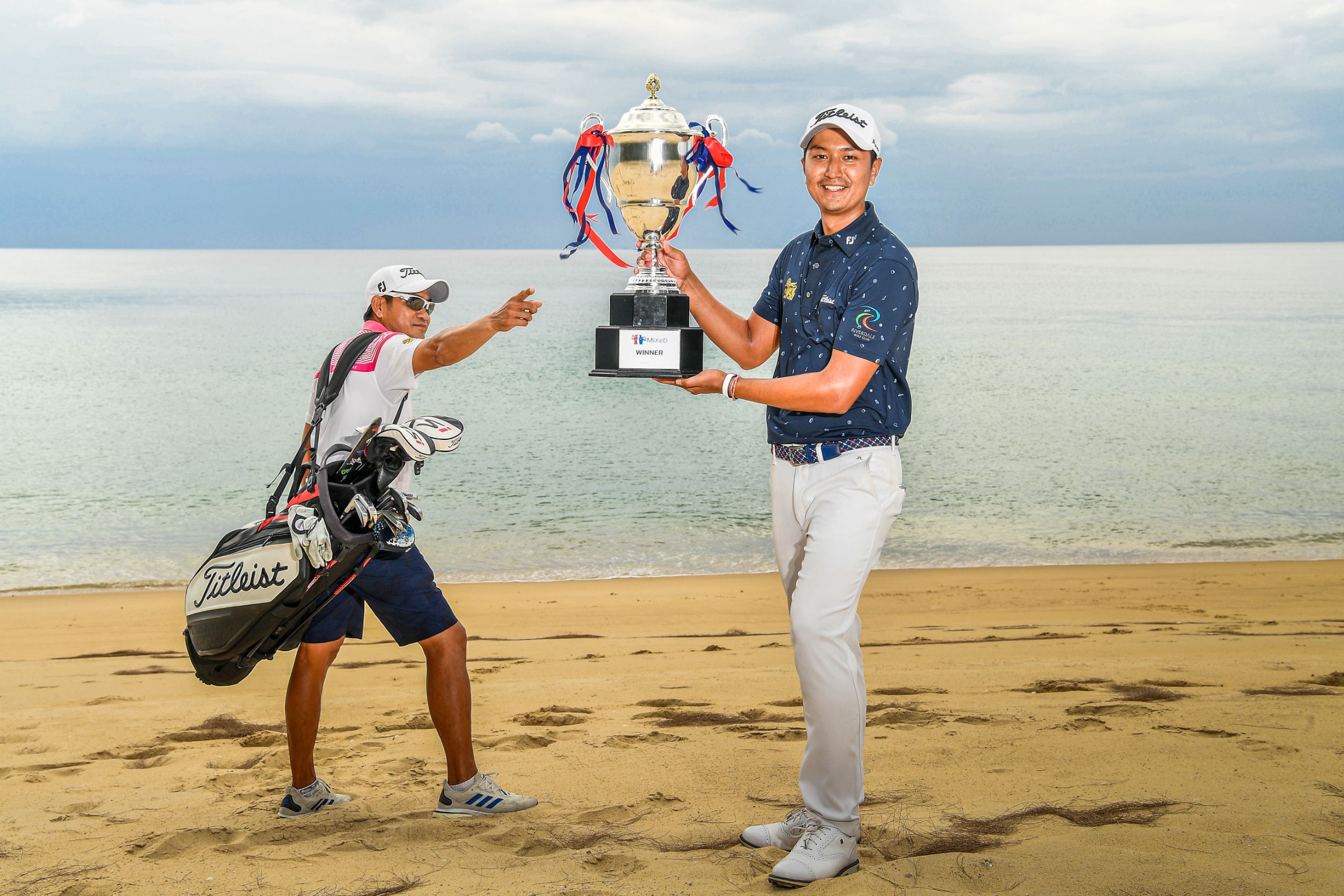 In-form Sadom Kaewkanjana wrapped up his fruitful year on a high note after he beat the inspired Wichayapat Sinsrang by two strokes to win the Bt5 million Thailand Mixed hosted by TrustGolf at the Aquella Golf and Country Club in Phang-Nga on Friday.

The young gun from Narathiwat and the up-and-coming rookie Wichayapat emerged as the two strong contenders right from the start as they took turns in either dominating or sharing the leaders’ board.

But a gutsy eagle on the 14th hole gained the All Thailand Golf Tour No 1 an upper hand with a two-shot margin and he held onto the lead to sign off with a final 64 and a four-day overall score of 29 under-par-259.

“That eagle on the 14th really made me more confident which was the key. I’m really confident with my short game and I barely make mistakes. In fact, I committed only two bogeys this week,” said Sadom who took home handsome money of Bt750,000 for his triumph.

Unquestionably, Sadom has been the most outstanding male golfer this year with five wins (three on the All Thailand Golf Tour, one on the Thailand PGA Tour, and one on the Thailand TrustGolf Tour). He also finished in the top 10 from all 11 tournaments he has entered.

“This is beyond my expectation. If you asked me at the start of 2021, I wouldn’t say that I would win five titles. I really have to give credits to my caddie Manop Santhia for his advice and to myself for producing unbelievable short games recently,” said Sadom who will spend a few days resting with his family at the south before resuming practice in Bangkok for two Asian Tour events in Singapore in the next fortnight.

Apart from the prize money, Sadom has also rewarded a free scholarship at Rangsit University to pursue a degree in golf from bachelor’s degree to doctoral level.

Appearing in a red shirt, black pants with black cap, the trademark outfit of Tiger Woods, Wichayapat hoped to take some inspiration from the golf superstar in his bid for a maiden victory. He started at the first tee-off with a shot advantage and was still one up after 10 holes. However, a disappointing bogey on the 12th allowed Sadom to share an equal lead at 25 all and even he fought back with two birdies, it was too late. He finished with 27 under-par-261.

“I really gave it a fight out there, but Sadom was too good. But I’m happy with my golf game and I’ve shown some great results in several tournaments. I hope that I will finally win next year,” said Wichayapat who was born when his father was watching Woods play at The Masters. That’s why he is named Tiger for short by his father.

With dressing style and brown skin, Wichayapat reminded people of Woods back in his days in the US.

“When I was studying in the States (University of Nebraska Omaha), people called me names like the “Big Cat” or the “Jungle Cat”. I liked it.  It was fun,” said Wichayapat who earned Bt500,000 as the runner-up.

Rounding up the top three was two-time champion Prom Meesawat who shot a 65 and a total 25 under-par-263. He will return to his home in Hua Hin Bt300,000 richer from the third-placed prize money.

A total of five Thailand Mixed hosted by TrustGolf have been organized this year. Arpichaya Yubol was the first and only female winner when she triumphed in the inaugural event at the Black Mountain Golf Club in February.

Prom Meesawat and his best friend Chapchai Nirat shared the title together (due to darkness during a play-off) in the second edition at the Alpine Golf Resort in Chiang Mai in April. In October, 17-year-old Ramil Saelim emerged the only amateur winner in the third circuit at the Lake View Resort and Golf Club before Prom claimed his second Thailand Mixed crown at the Black Mountain Golf Club in November.