Thailand’s Criminal Court on Friday, December 24th, denied bail for four prominent pro-democracy protest leaders, reasoning that there were no probable reasons to change their previous orders, subsequently angering pro-democracy protesters and supporters of the leaders.

The ruling came after lawyers of the detained protest leaders – namely Parit “Penguin” Chiwarak, Anon Nampha, Panupong “Mike” Jadnok, and Jatupat “Pai” Boonpattararaksa – had filed bail requests on December 2nd who were all detained for a pending trial in various pro-democracy gatherings.

Although all four of them agreed to conduct 24-hour detention and wear EM bracelets if they were granted temporary bail, the Court emphasized that its order would not be changed and the temporary release could lead to the escape of the activists, citing concerns that they would attempt to flee the country. 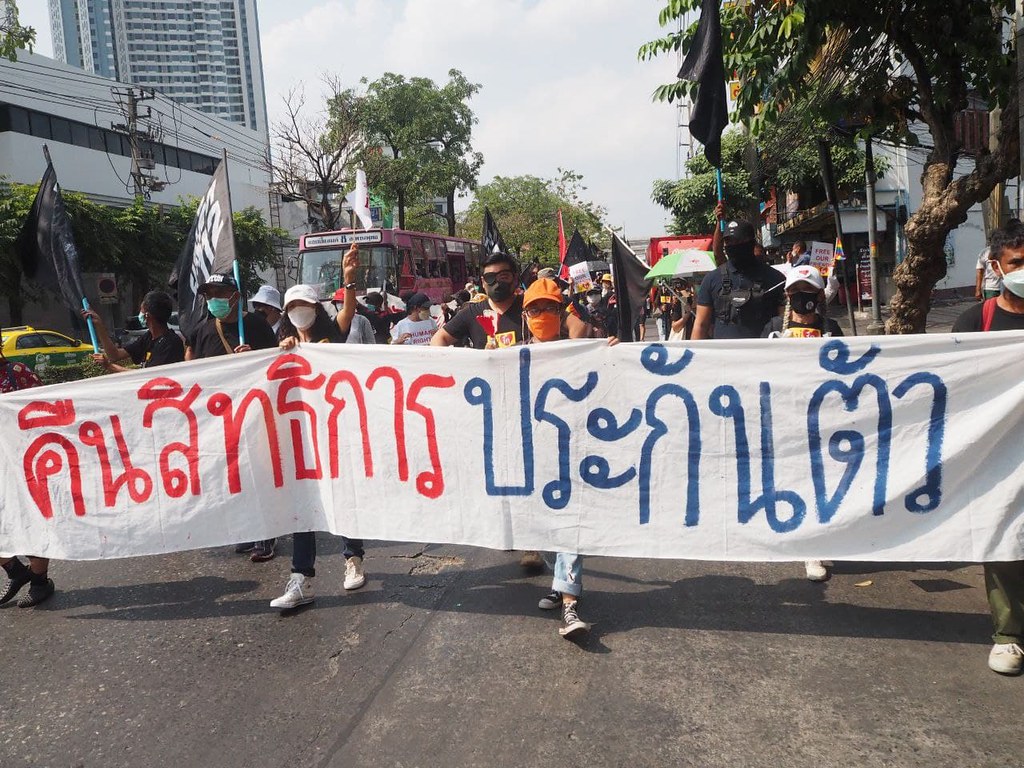 Meanwhile, protesters from the United Front of Thammasat and Demonstration (UFTD) and Talu Fah group gathered and marched from MRT Phahon Yothin station in Bangkok to the Criminal Court on Ratchadapisek Road over the weekend to demand the court’s temporary release of the four activists.

The court’s verdict, according to the protesters, was biased and deprived basic human rights. One of the protesters stated that the gathering on Friday did not intend to insult the court or the jurisdiction of the court but the protesters only want to demand the court’s honest duties in accordance with the rule of law.

As of now, however, the prominent protest leaders remain detained awaiting trial for various allegations in a number of cases relating to protests over the past year and a half.