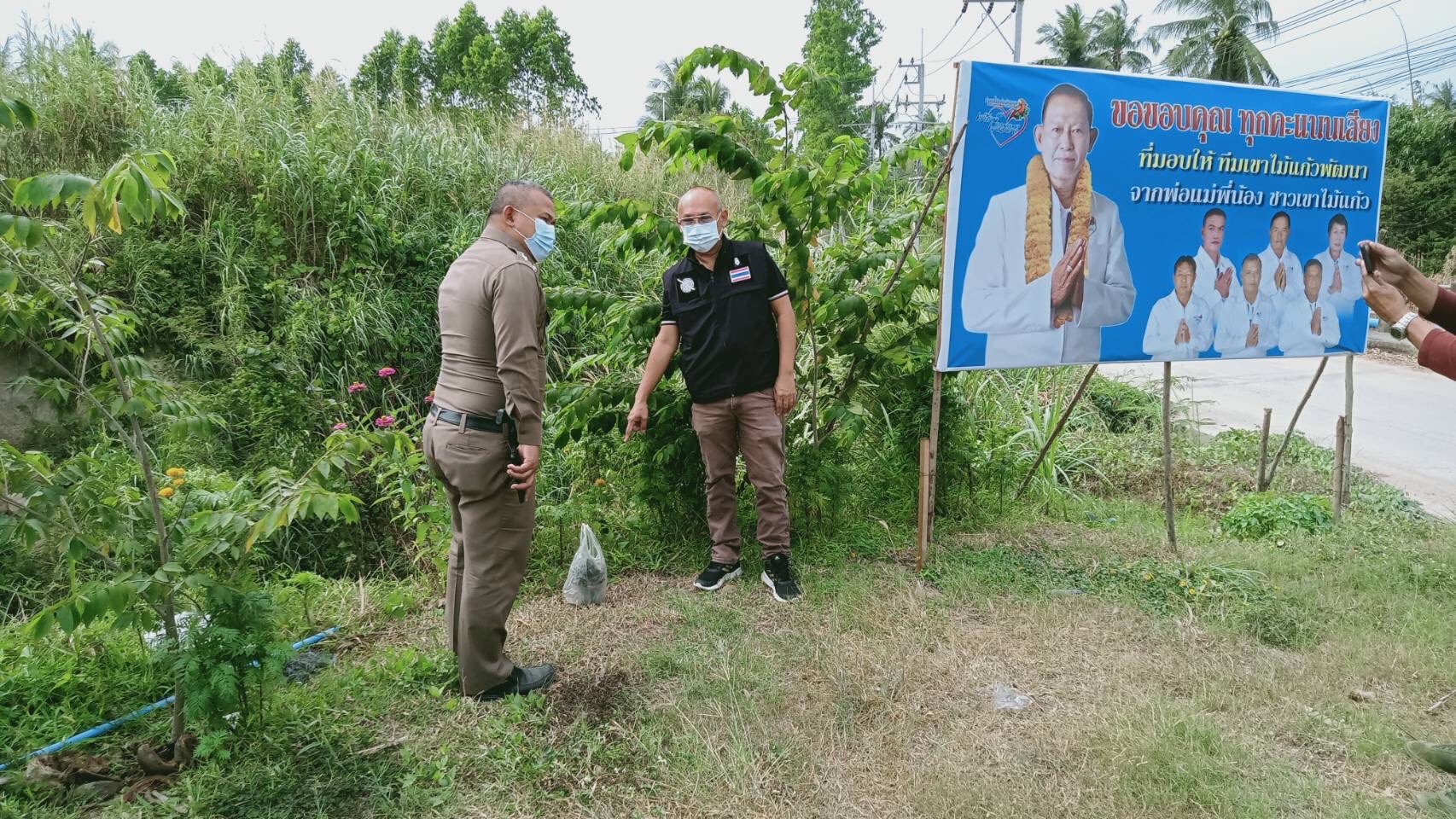 An explosive device was discovered near a bridge at Yoko Village in the Khao Mai Kaew Subdistrict, Banglamung district while a local resident was reportedly urinating near an abandoned field.

Officials from the Huai Yai Police Station along with EOD (explosive ordnance) officers arrived at the scene after being alerted of the suspicious device yesterday, December 21st, at around 1:00 PM.

A grenade was discovered packed in an iron can and according to police could have exploded at any time. The EOD team cautiously inspected the device before moving and destroying it in a safe area. 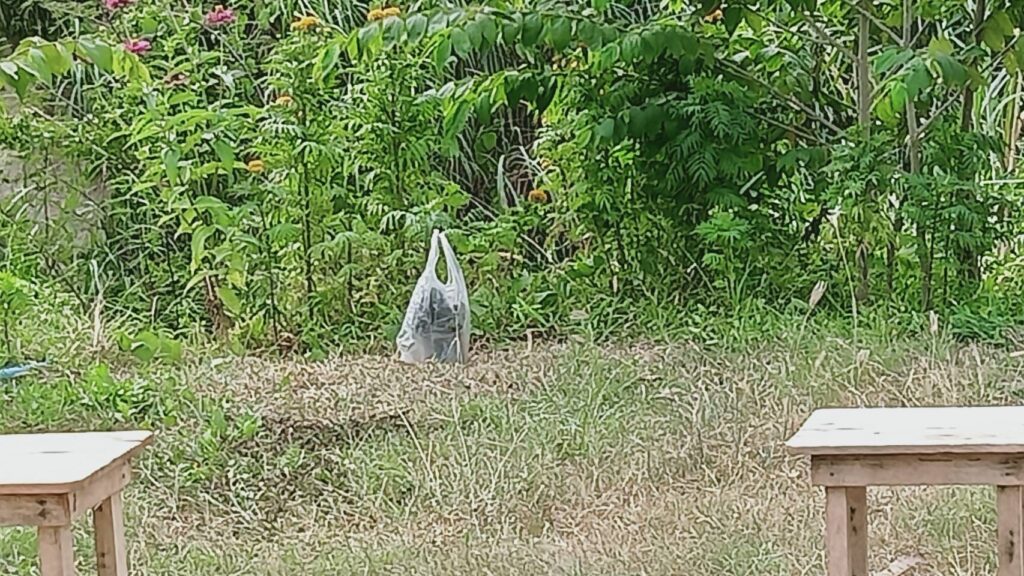 The 60-year-old villager who reported the incident to the police stated that he was walking to a pond below the Yoko village bridge to relieve himself when he noticed a can floating on the water. He decided to pick it up out of his curiosity and immediately discovered that it was an explosive device. He then urgently called law enforcement officers.

Initially, no one knows where the grenade came from. The police are now investigating the incident, examining CCTV and questioning local witnesses to track down the owner for legal proceedings.