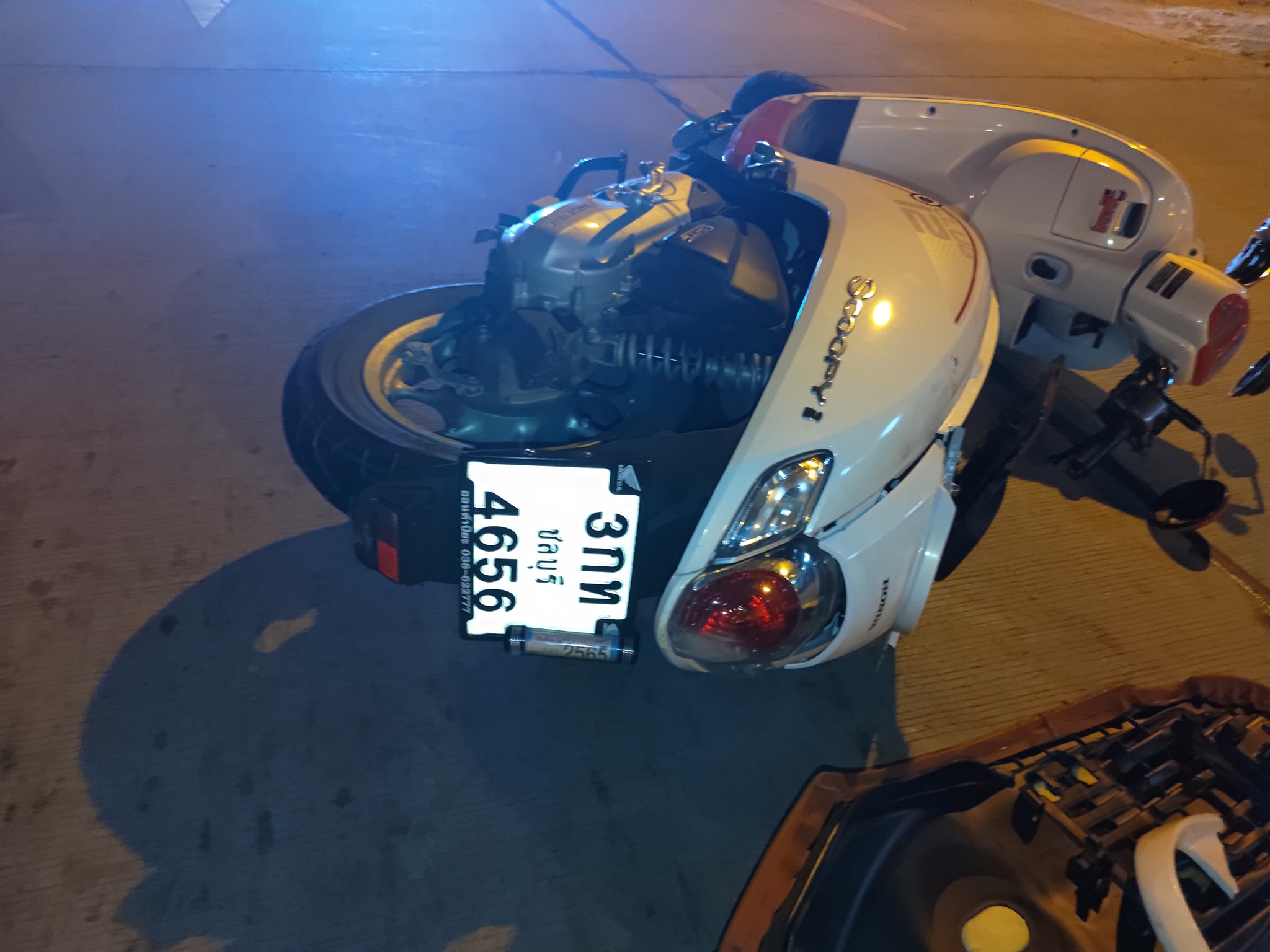 A female motorbike rider has sustained serious injuries after being hit by an unknown vehicle in South Pattaya over the past weekend (December 17th).

Emergency responders were notified of the accident at 3:30 A.M on Friday, December 17th on South Pattaya Road in Nongprue.

The first response teams arrived at the scene to find the female motorbike driver lying on South Pattaya road bleeding heavily and in severe pain. She was rushed to a local hospital, although her name was not released to the press.

Witnesses told TPN media that the injured woman was turning onto South Pattaya Road from a side street when she was hit. Unfortunately, there were no clear witness reports of the other vehicle involved in the accident.

However, Pattaya police are checking CCTV footage nearby to find the hit-and-run driver for further legal action.