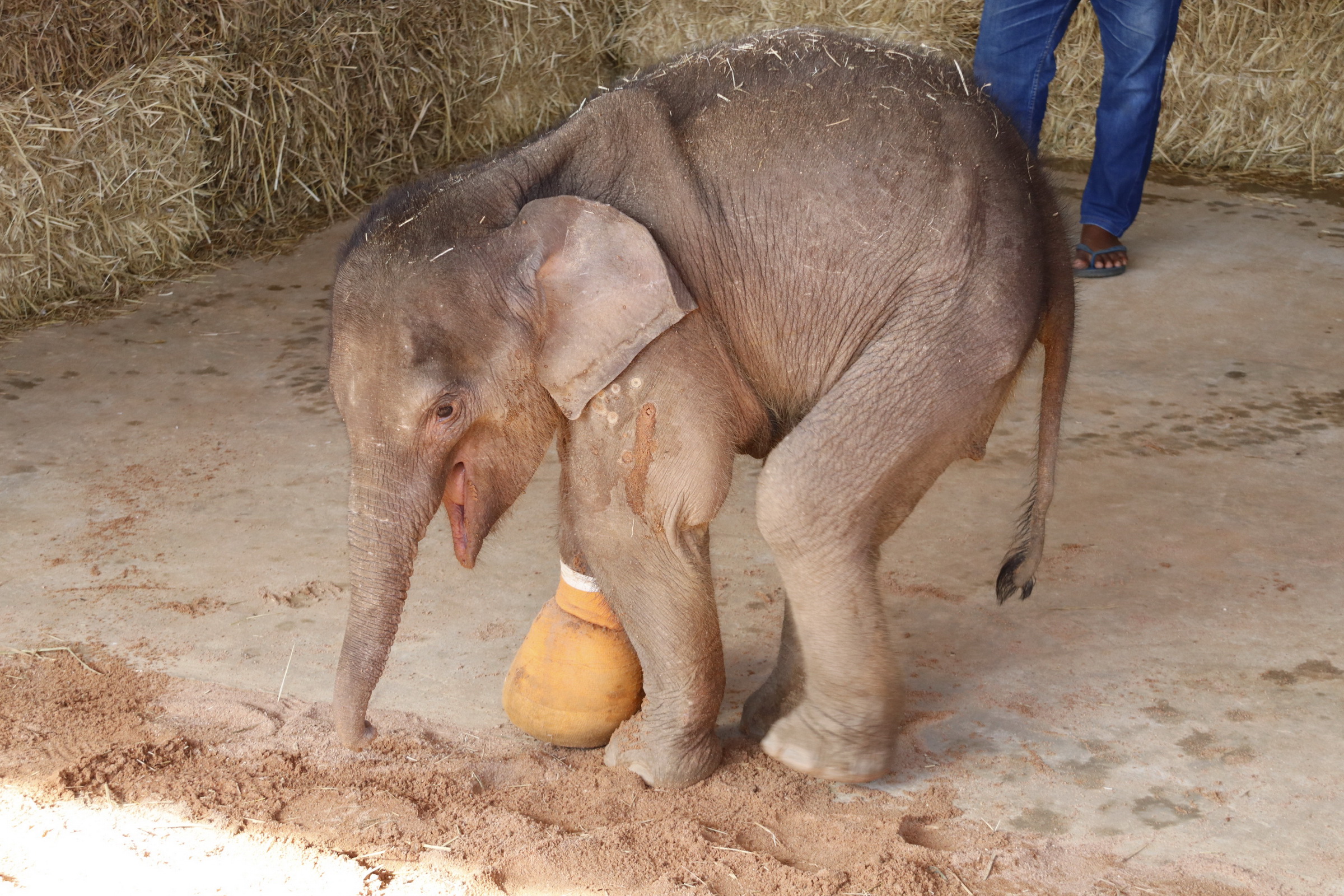 An injured baby elephant, who reportedly suffered from ten bullet wounds and being stuck in a trap in Chanthaburi is now being treated in Pattaya. 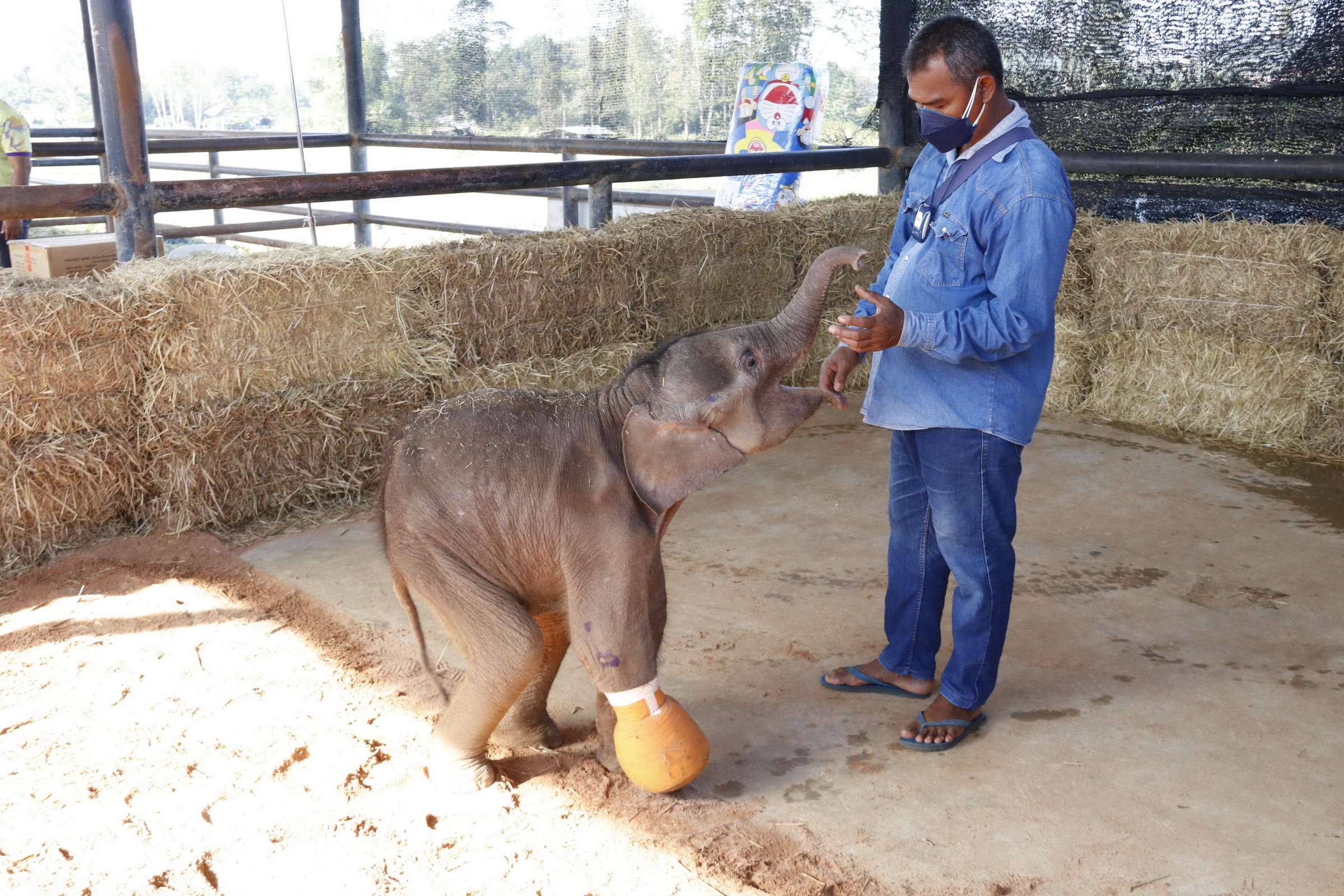 Veterinarian Dej Siridmarong told The Pattaya News, “Her front left leg had sustained severe injuries from at least ten bullet wounds. Her front right leg also almost had to be amputated due to infection from a trap. We have cut off a portion of her infected leg to save her life.”

“We have pulled out one bullet from her leg while we have to conduct future operations to pull out the other bullets in the next few days. She can now walk.” The Director of the Si Racha Office of the Department of National Parks Wildlife and Plants Conservation Mr. Ruamsin Manajongprasert told The Pattaya News, “We have filed a report to the police to find suspect who did this to the elephant, we believe illegal poachers were responsible. It is a miracle she survived.”

Fah Sai has also reportedly grown close to other elephants at the park, including one mother elephant who has reportedly adopted Fah Sai and is regaining her strength every single day, according to Nong Nooch Garden park officials.