One person has been pronounced dead after three trailer trucks crashed in Si Racha.

Emergency responders were notified of the accident at a U-turn near the Marp Bon Intersection on Marp Eiang – Laem Chabang Road in Borwin over the past weekend.

The body of a female passenger was found in the cab of one of the three vehicles and had suffered severe skull injuries, she was pronounced deceased at the scene of the accident.

One of the injured males, whose name was not released by authorities, told Si Racha police that he was driving behind the other two trucks. The middle truck was being driven by his younger brother.

The middle truck crashed into the first truck and the third driver was unable to avoid the collision. His wife, who was the passenger inside his younger brother’s truck, was reportedly the deceased.

Police are continuing to investigate the incident and determine the exact sequence of events that led to the tragic and fatal crash. The three injured men remained in a hospital as of press time recovering from their injuries. 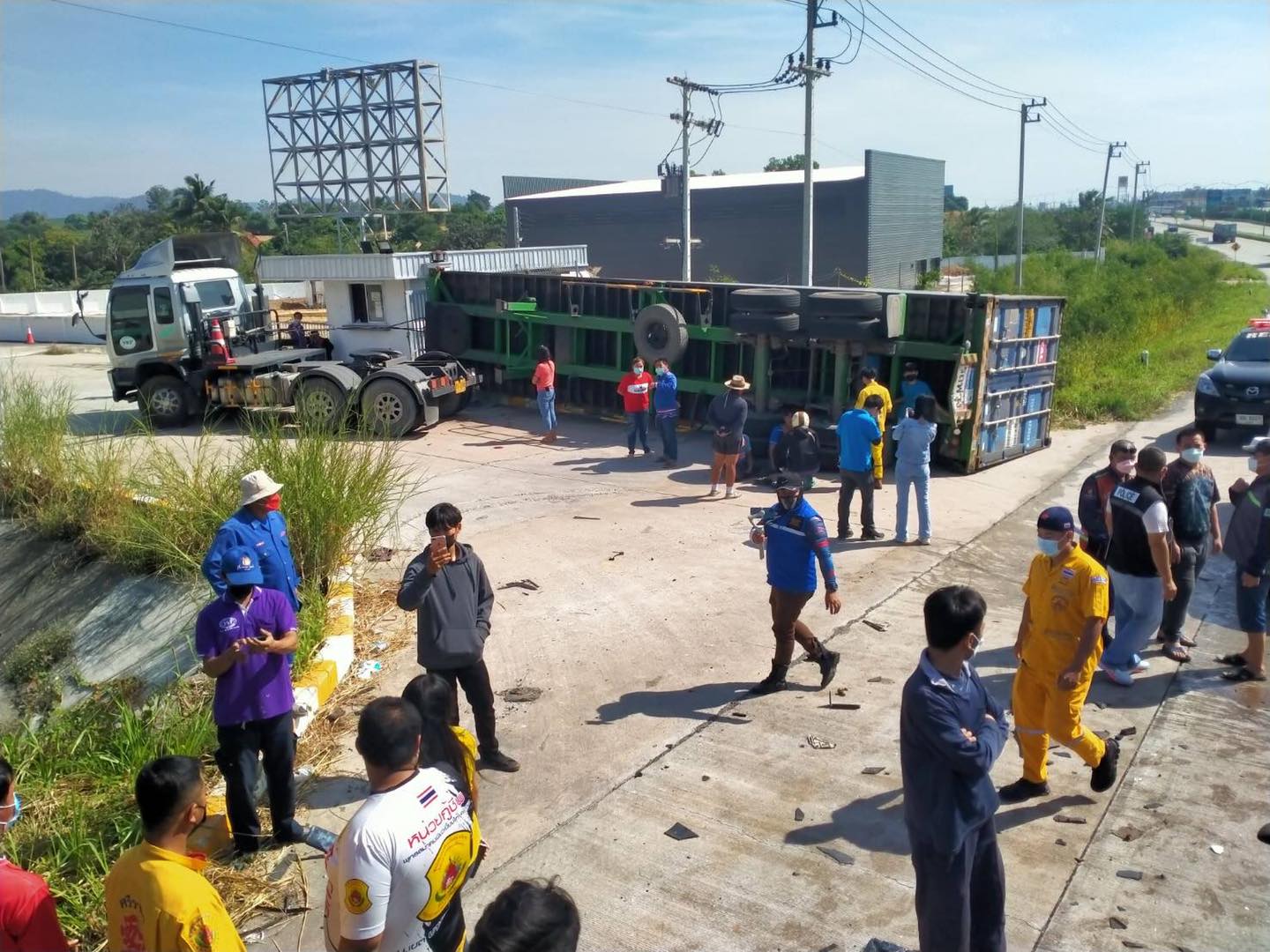