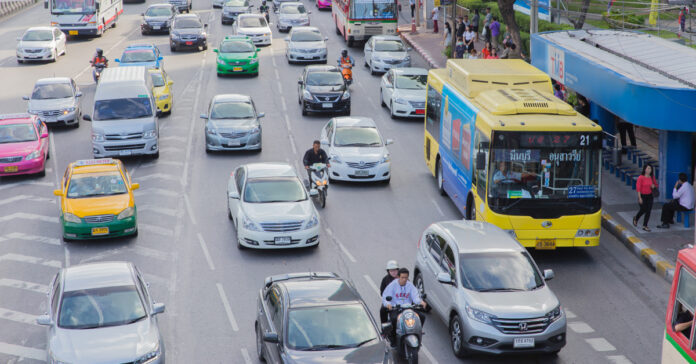 Police General Damrongsak Kittipraphat, deputy national police chief and director of the Public Road Racing Suppression Centre, told the press today that stricter traffic regulations had been implemented since November 15th. A total of 36 videos of traffic wrongdoers were reported by the public during this period that officials stated were “valid”.

Violators from six cases were taken for prosecution so far and an amount of 2,000 baht was distributed to those who reported the clips, the deputy chief stated.

Moreover, officials would raise the prize up to 10,000 baht for clips reported of traffic violators every day during the seven dangerous days on New Year, from December 29th to January 4th.

TPN media notes that this was primarily a “prize giveaway” and not every traffic violation reported would lead to a cash payout, if at all. If indeed this was the case, one could likely make a healthy living simply by walking around local roads.