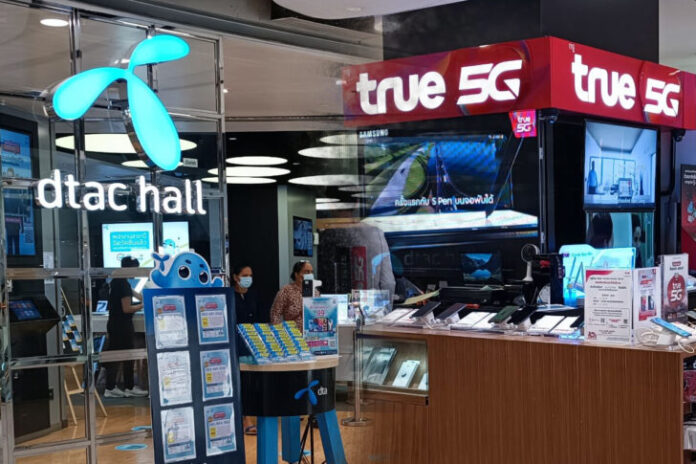 Here is a look at the top NATIONAL stories, chosen by our Pattaya News/TPN National team, from last week, November 22nd to the 28th, with some commentary. They are not in any particular level of importance but are listed in the order of date of publication.

The collaboration as an ‘Equal Partnership’ aims to develop and endorse Thai business while promoting Thailand as the advanced technology hub of the region, according to both company’s statement. The new company would be set up by CP Group and Telenor with a fund worth around 100-200 million USD. Meanwhile, both True and DTAC would continue to run their businesses independently until the transaction was completed. This partnership could be anticipated and promising to some extent for the telecommunications business in Thailand.

A promising statement for entertainment venues entrepreneurs was announced at the press briefing on Friday, stating that the business reopening could be done earlier than January 16th as previously announced by the CCSA if the situation is resolved and the operators are willing to abide by strict preventive regulations. The official surveillance will start this December to inspect business readiness for a possible reopening at the earliest time. However, as of press time, there is no promise.

3. Eight countries in South Africa will not be allowed to enter Thailand from December 1st due to Covid-19 Omicron variant concerns

Due to the concern of the new Omicron Covid-19 variant, eight countries in South Africa are prohibited to enter Thailand from December 1st until further notice. The countries include Botswana, Eswatini, Lesotho, Malawi, Mozambique, Namibia, South Africa, and Zimbabwe. The Public Health Ministry has announced the regulations a day after the variant was reported in several countries in Europe. Meanwhile, the Public Health Ministry confirmed that no known cases of Omicron were found in Thailand so far.

The results of Thailand’s leading polling center reported on Sunday have led to widespread comments on Thai social media, questioning the legality of pornography in Thailand and doubts of the reliability of its latest survey under the topic “legal porn, would you like it or not?”. According to the result, the majority of Thai people over 18 years old, or about 54.14%, said they did not watch pornographic material ever. Moreover, more than 60% of the survey participants said they totally disagreed with the proposal for the legalization of pornography in Thailand, reasoning that it could make children and youth become too obsessed with sexual topics and possibly lead to sexual crime and more sexual harassment in Thai society.