An entertainment venue in the Banglamung district was raided by officials in the early hours of this morning, November 28th, for allegedly illegally selling alcoholic beverages and violating the Chonburi Communicable Disease Control Act.

Police officers from the Pattaya City Police Station arrived at ‘Babylon Pattaya’ located at Sai 3 of Central Pattaya in the Nong Prue Subdistrict at 1:00 AM. for inspection after receiving telephone complaints from a concerned citizen that there were illegal sales of alcoholic beverages in the venue that violated the Chonburi Communicable Disease Control Act. The concerned citizen was reportedly concerned about the spread of Covid-19 at this venue. TPN notes, however, that earlier in the evening crowds in the thousands were present on the nearby beach for the Pattaya fireworks festival but it appeared that this particular concerned citizen was not as concerned with this event. Additionally, the venue was allegedly violating several other current rules, including those that ban nightlife and entertainment venues from opening, current operating hours, and social distancing rules. Upon arrival, customers were allegedly seen eating food and drinking alcohol before attempting to escape in panic as soon as they saw the officers. The police surrounded the area and began an investigation and reportedly discovered that alcoholic drinks were contained in plastic bottles and the receipts were written as ‘fruit juice’ instead of the alcoholic beverage to attempt to fool officers, who stated that this obvious attempt did not work.

Initially, Pol. Col. Methawit Praditphon, Superintendent of the Pattaya City Police, has detained an alleged store manager, whose name was not immediately given, for further legal proceedings. It was not stated specifically by police if any customers were fined or arrested during the raid.

An alcohol sales ban at restaurants and closure of bars and nightlife venues has been in place in Pattaya since April 10th of this year, approaching eight months, with authorities stating the lifting of the rule is unlikely until at least mid-January of next year. The ban has led to widespread petitions and pleas from business owners for lifting the ban and dozens of discussions and threads on social media, both Thai and English. 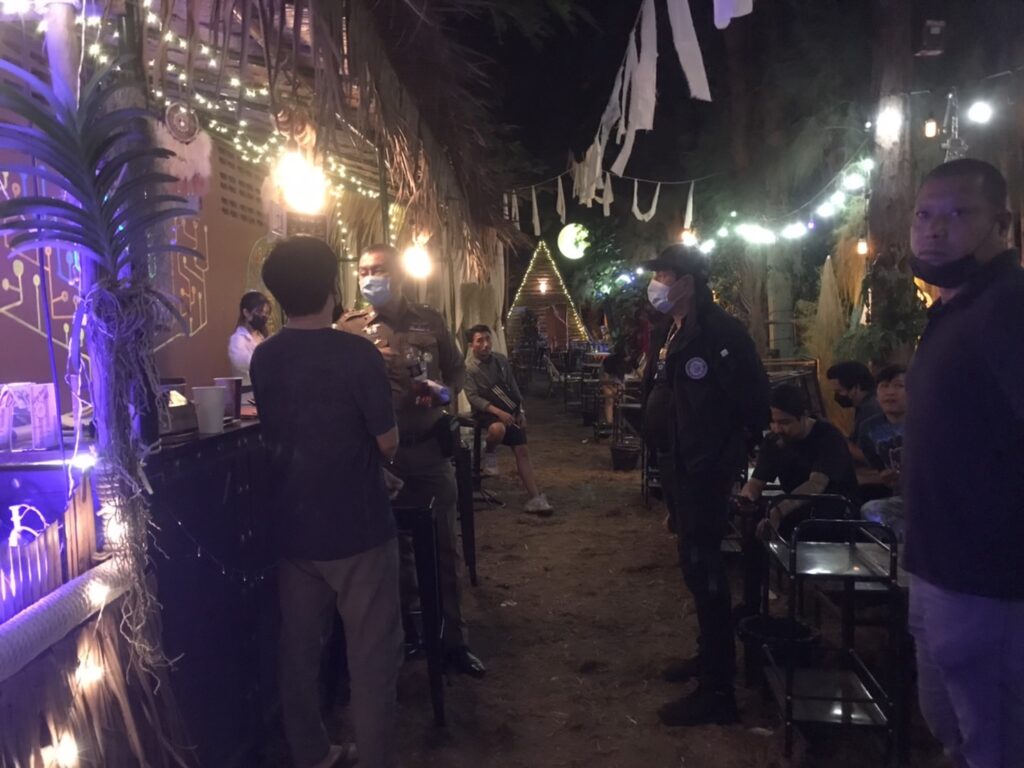