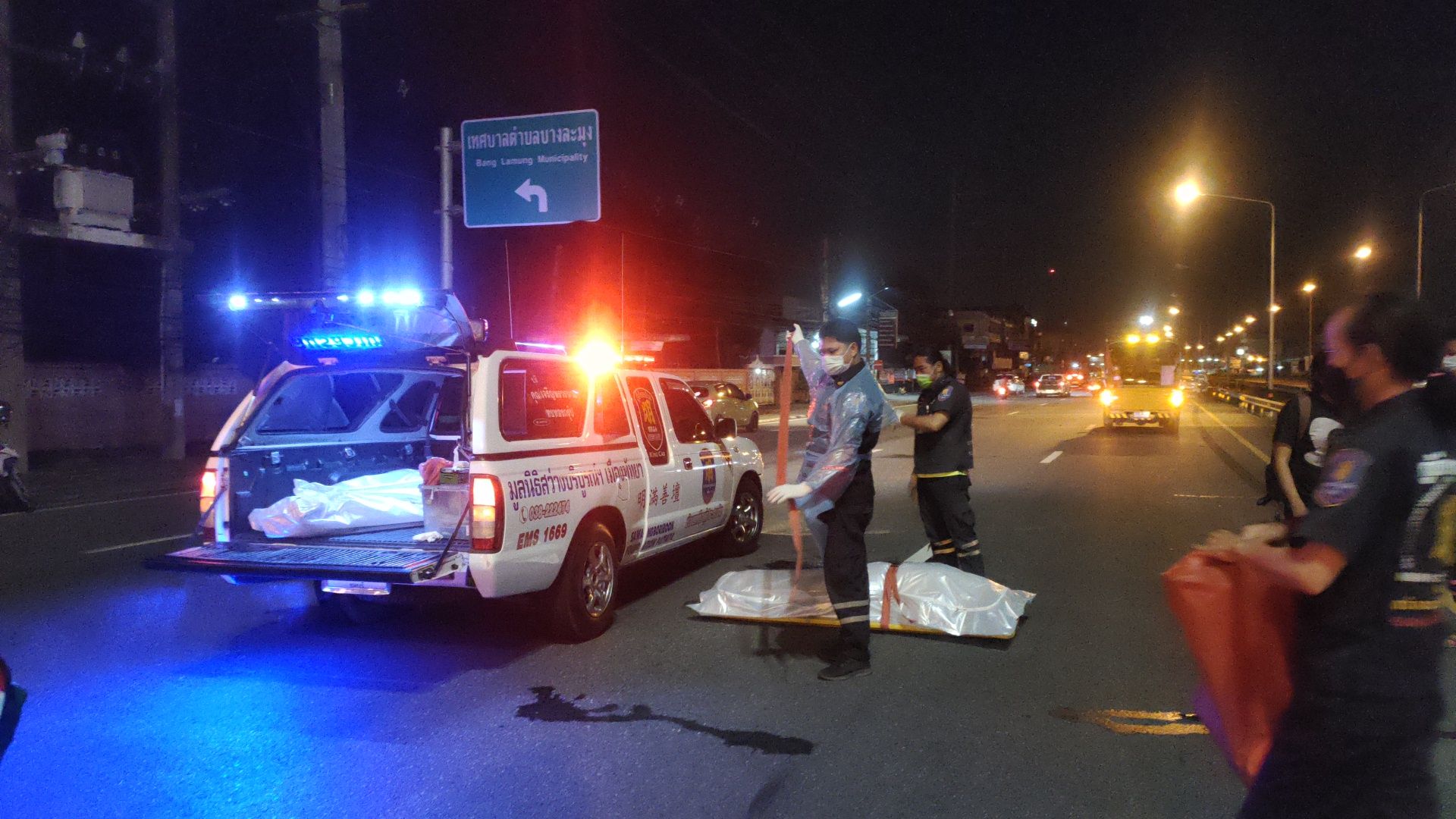 Two people have died while a young girl has sustained serious injuries after a pickup truck driver crashed into a motorbike in Banglamung early this morning (November 27th).

Emergency responders were notified of the accident at 1:30 A.M. on Sukhumvit Road near Soi Banglamung 12.

Emergency responders arrived at the scene to find a damaged pickup truck and motorbike on the road.

A man and a woman were found deceased at the scene, having been killed immediately according to rescue workers. The girl, aged around eight-years-old, had sustained severe injuries. She was taken to a local hospital. Law enforcement withheld the names of all three people. None of them were wearing a protective motorbike helmet and it was not immediately clear if the victims were the parents of the child.

The pickup truck driver, Mr. Prawit Thongtanom, 24, told TPN media, “My girlfriend and I were heading back home from the Pattaya Firework Festival. The motorbike driver immediately crossed in front of my truck and I was unable to stop.”

Mr. Prawit was not injured in the accident.

Police are checking Cctv footage nearby to find the exact cause of the accident for potential legal action, however, no charges were immediately placed on Mr. Prawit. 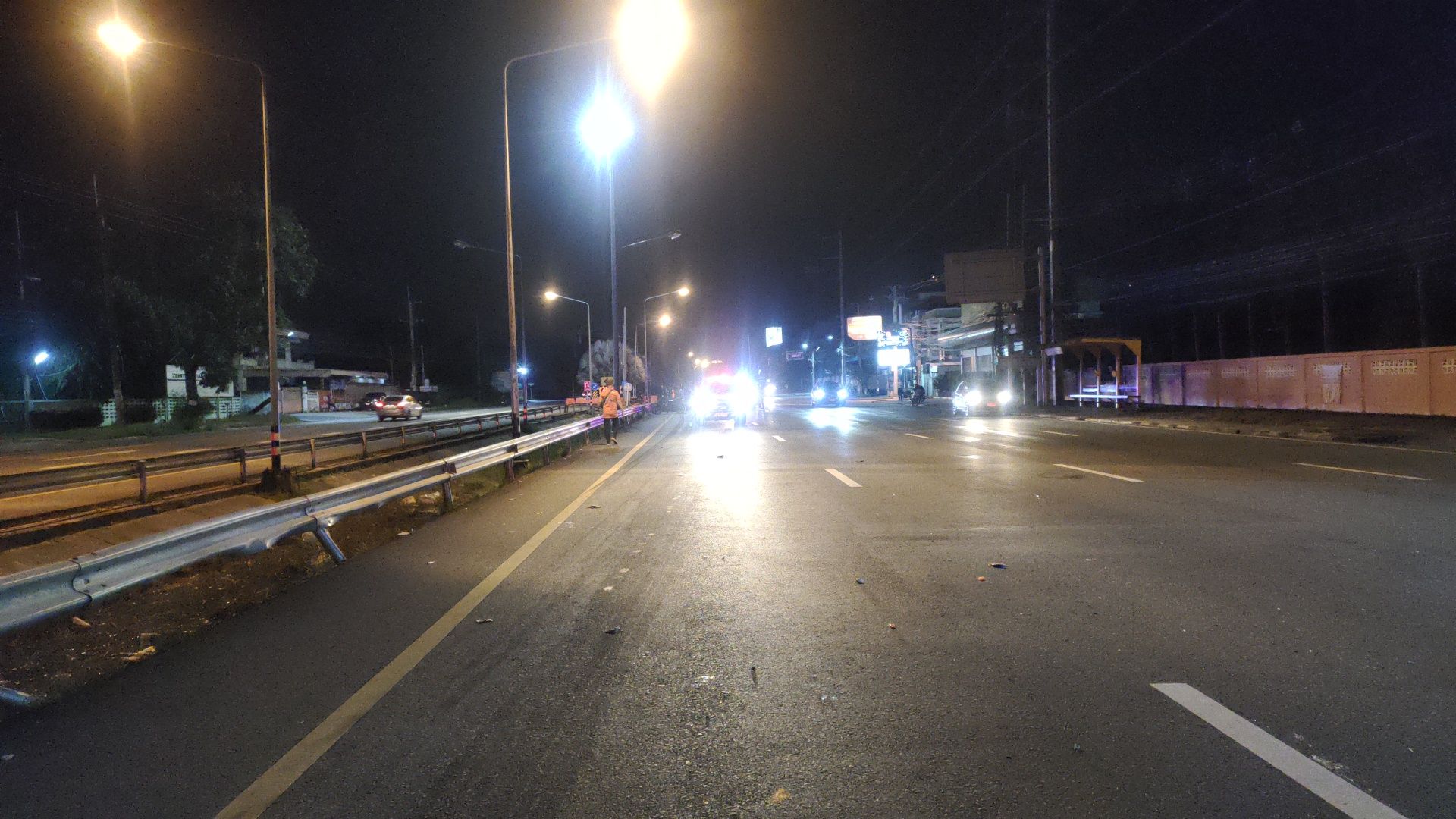