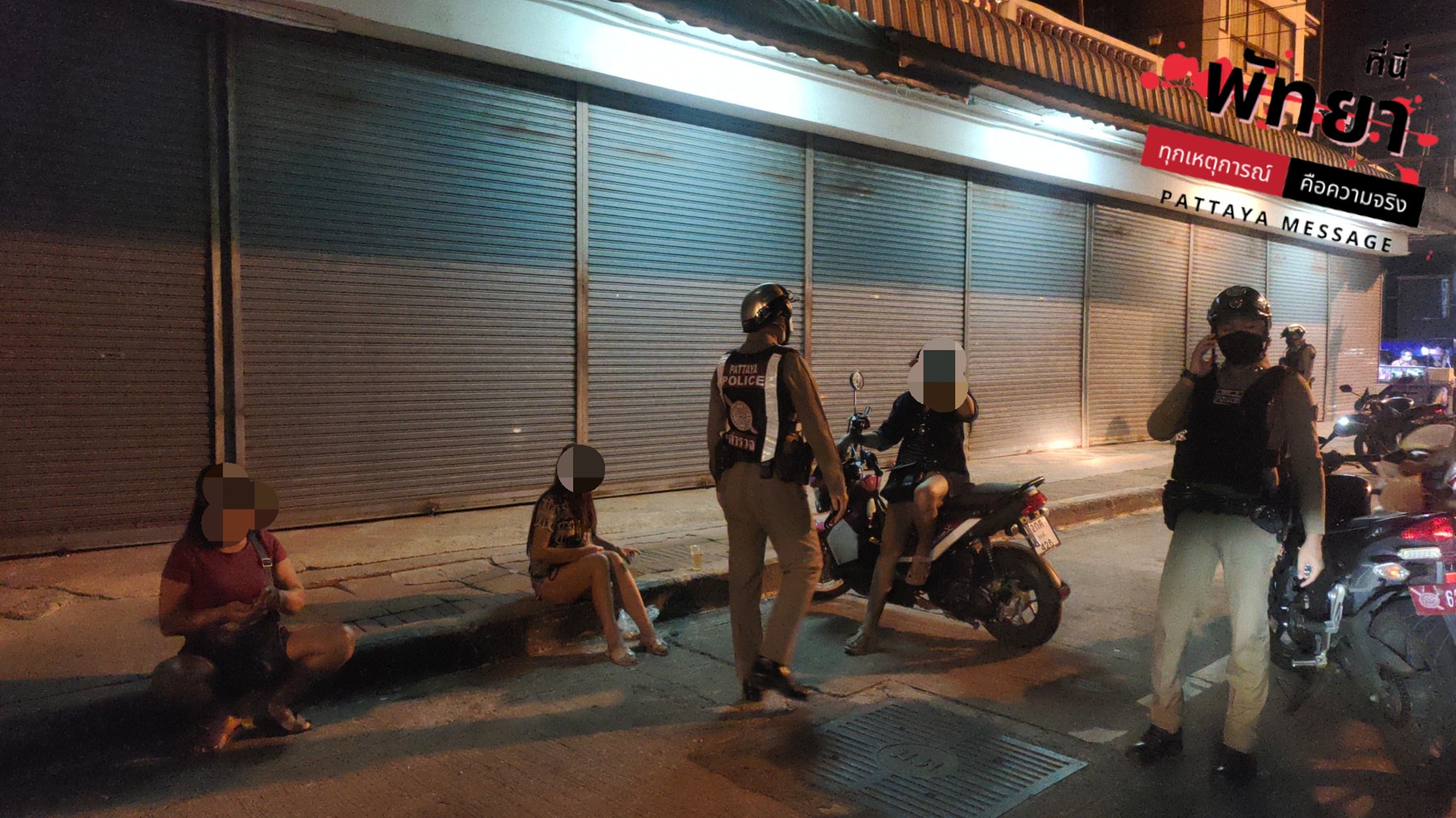 Pattaya Police began what they called a crackdown on suspected prostitutes on Pattaya beach early this morning just after Midnight (November 25th).

The patrolling, according to Colonel Maykawit, is to prevent any crime or gathering causing the potential spread of the Covid -19 virus. According to the Colonel, there had many complaints from concerned citizens about women and transgender individuals allegedly selling sexual services in the beach area. The Colonel stated that this was a potential hotspot for spreading Covid-19 and with major festivals like the fireworks festival set for this weekend or the music festival set for the following weekend, the actions were inappropriate for a “family-friendly” destination like Pattaya.

Pattaya police arrested and/or detained an undisclosed number of women who were on the beach road and standing near trees, who police suspected of being prostitutes. Pattaya Police also arrested several men who were gathering and drinking alcohol near the beach. According to Colonel Maykawit, drinking on the beach is also illegal and violates multiple laws such as open-container laws and public intoxication but is also a potential spreader for the Covid-19 virus.

Colonel Maykawit warned that police would be strict over the weekend in ensuring people were not drinking alcohol in public places and that no illegal acts like prostitution were taking place in “family-friendly” Pattaya. TPN media notes that these “roundups” of what is reportedly fairly common behaviors in the area traditionally happen before major festivals and events expected to bring in out-of-town tourists and also often include moving homeless people away from festivals and visible areas.

Bars, nightlife, and entertainment venues remain closed in Pattaya currently, and alcohol drinking even at restaurants remains banned, leading to many people drinking in public places and bar-workers potentially plying their trade on the street, TPN media adds.