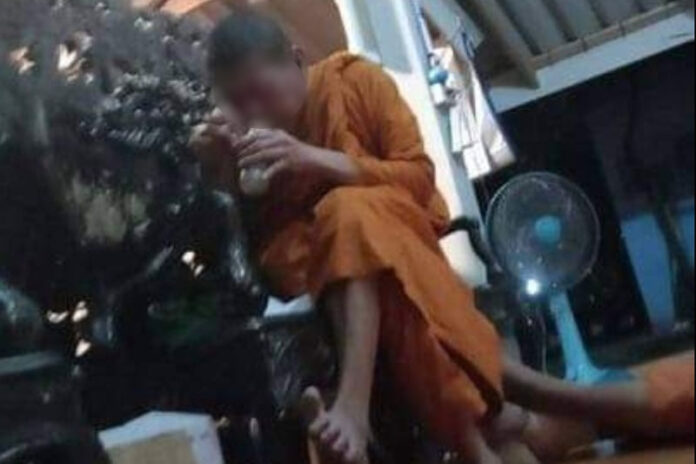 A Buddhist abbot of a local temple in Nakhon Sri Thammarat reportedly fled after being wanted by the provincial police for allegedly drinking alcohol and smoking pot at his cubicle in a local temple.

The investigation began after several pictures of the abbot of a temple in the Nopphitam district were widely shared on social media ten days ago, showing what appeared to be two Buddhist monks drinking a can of beer and lighting a lighter to smoke what it claimed to be cannabis.

As of 10:30 AM. on Wednesday, November 24th, Natphon Brahminpoon, Senior deputy district chief, and the Nopphitam district police arrived at the temple for investigation and discovered that the abbot and his fellow monk as seen in the pictures had already left the temple since yesterday. 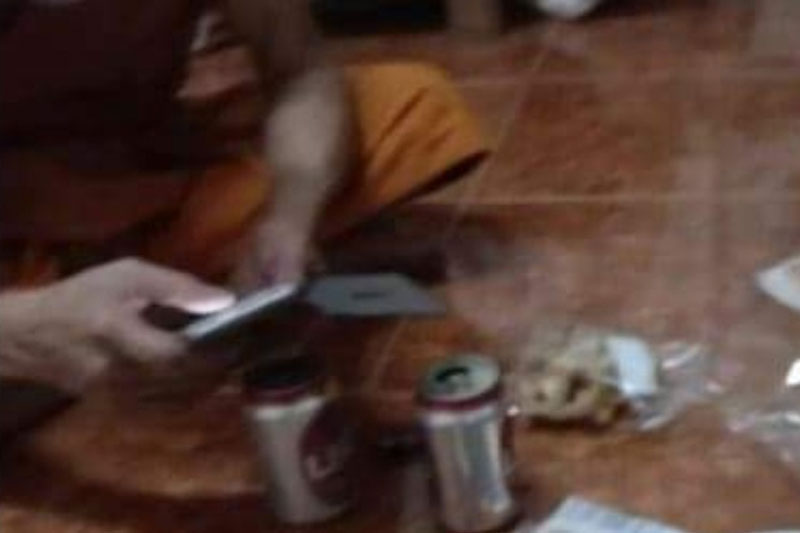 According to witnesses, the 60-year-old abbot, whose monk’s title is known as Phra Kru Kanta Dhammathat, had reportedly left his place on Tuesday and told his fellows that he was taking a pickup truck from the temple for repair in some province of the central region and did not know when he would be back.

When asking about the abbot’s inappropriate behavior, local residents living nearby the temple mutually agreed that the monk was often seen drinking beers and smoking marijuana.

Local police then continued the investigation to identify the location of the accused monks for legal proceedings. TPN media notes that this sort of behavior, especially drinking alcohol, is condoned for Buddhist monks.