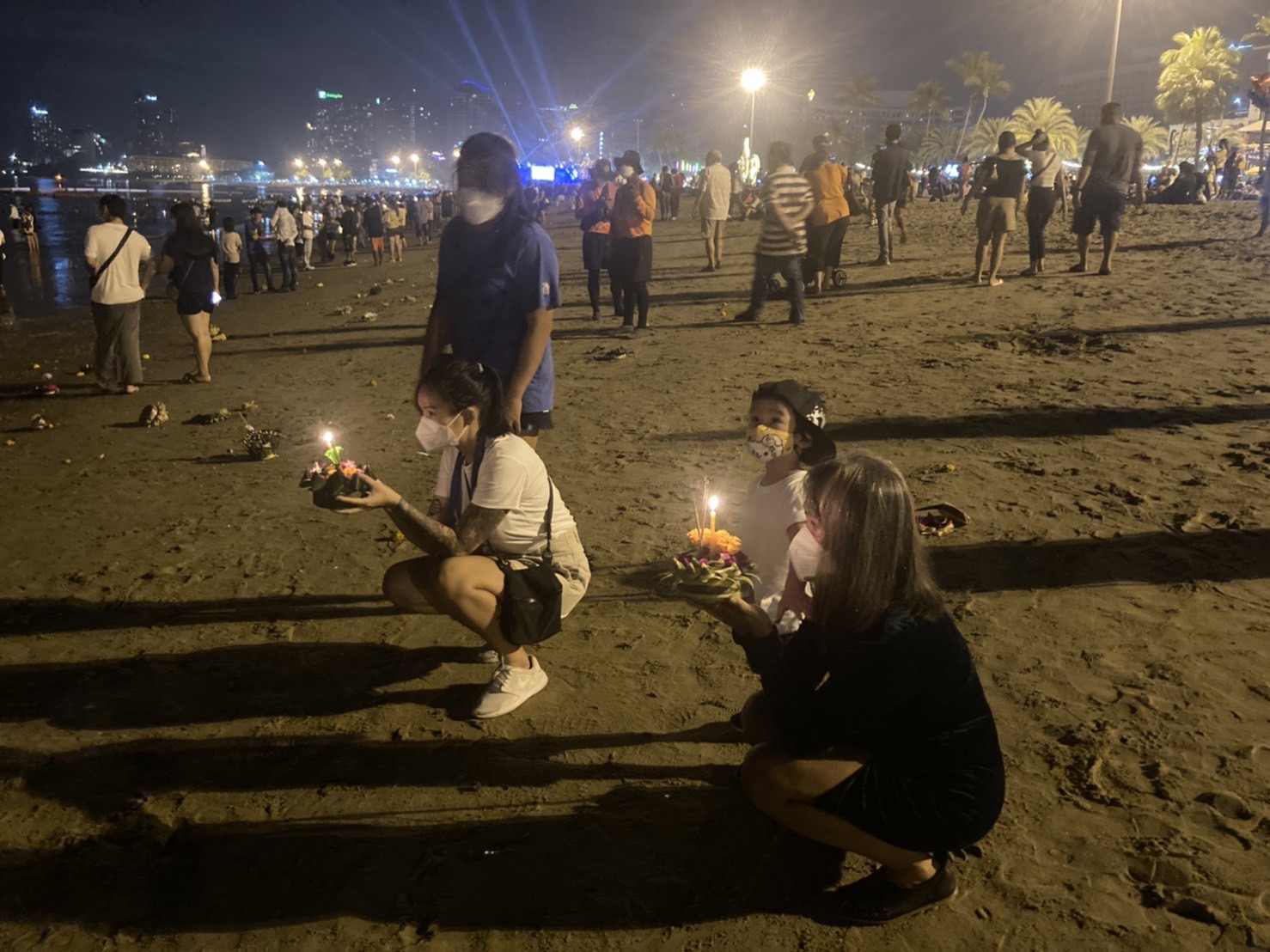 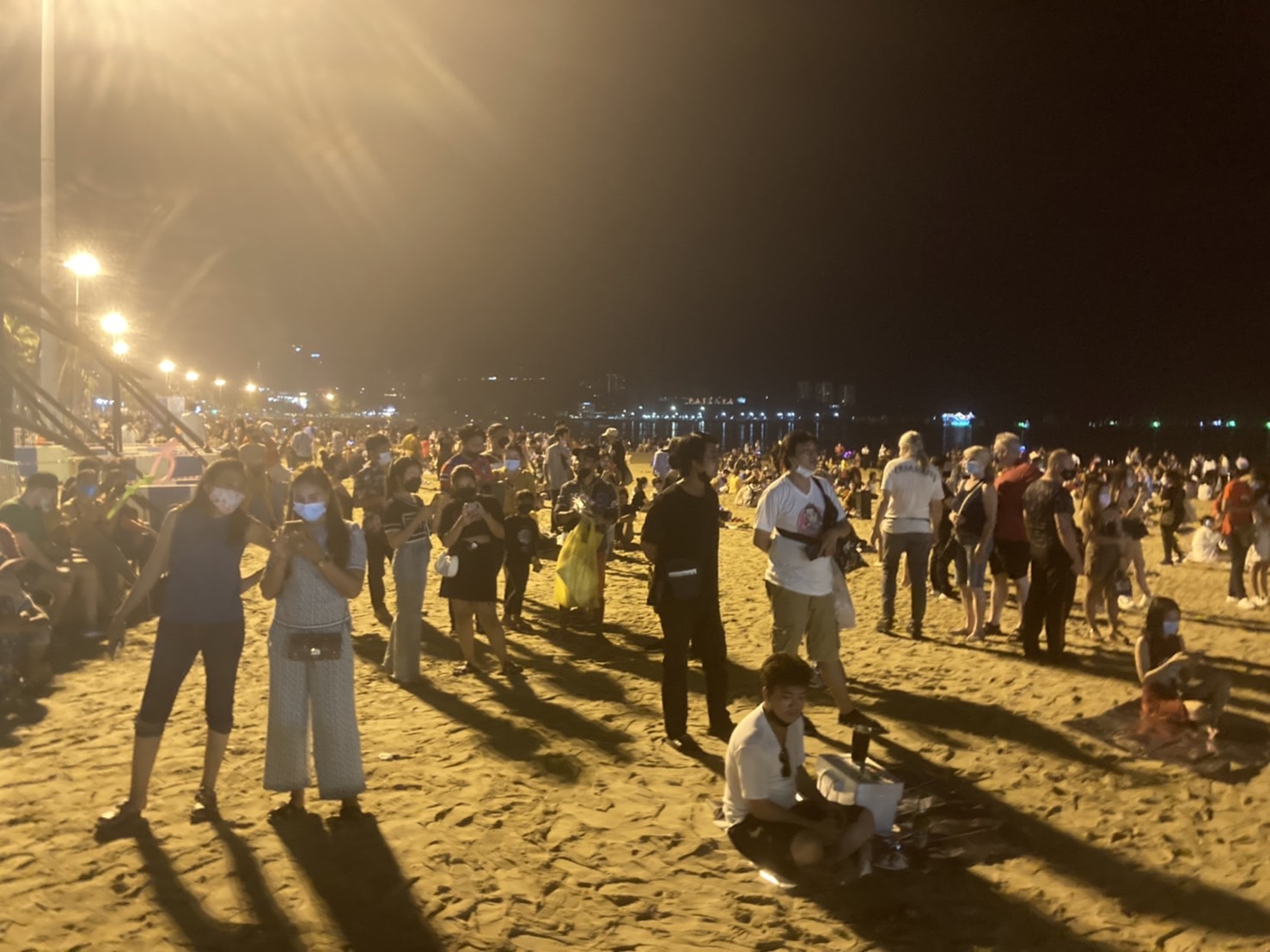 The Loy Krathong festival was officially started by the Pattaya City Mayor Sonthaya Khunplome on the stage at Pattaya beach around 6:00 P.M. However not many people joined the event in the stage area, as seen by TPN reporters, and appeared to prefer to stay outside of the “Covid Safe area” with hundreds of people on the beach and walkways nearby.

This was based on several reasons, according to festival-goers at the event, such as the fact that participants who were allowed to enter the stage area must have completed two doses of Covid – 19 vaccines with proof, and no food or drink was allowed in the stage area. Additionally, seating was spaced on plastic white chairs, as with recent music festival events. The restrictions instead led to people choosing to sit away from the stage where no such rules or requirements were in place, enjoying sitting with their families and friends while relaxing, many eating or drinking. 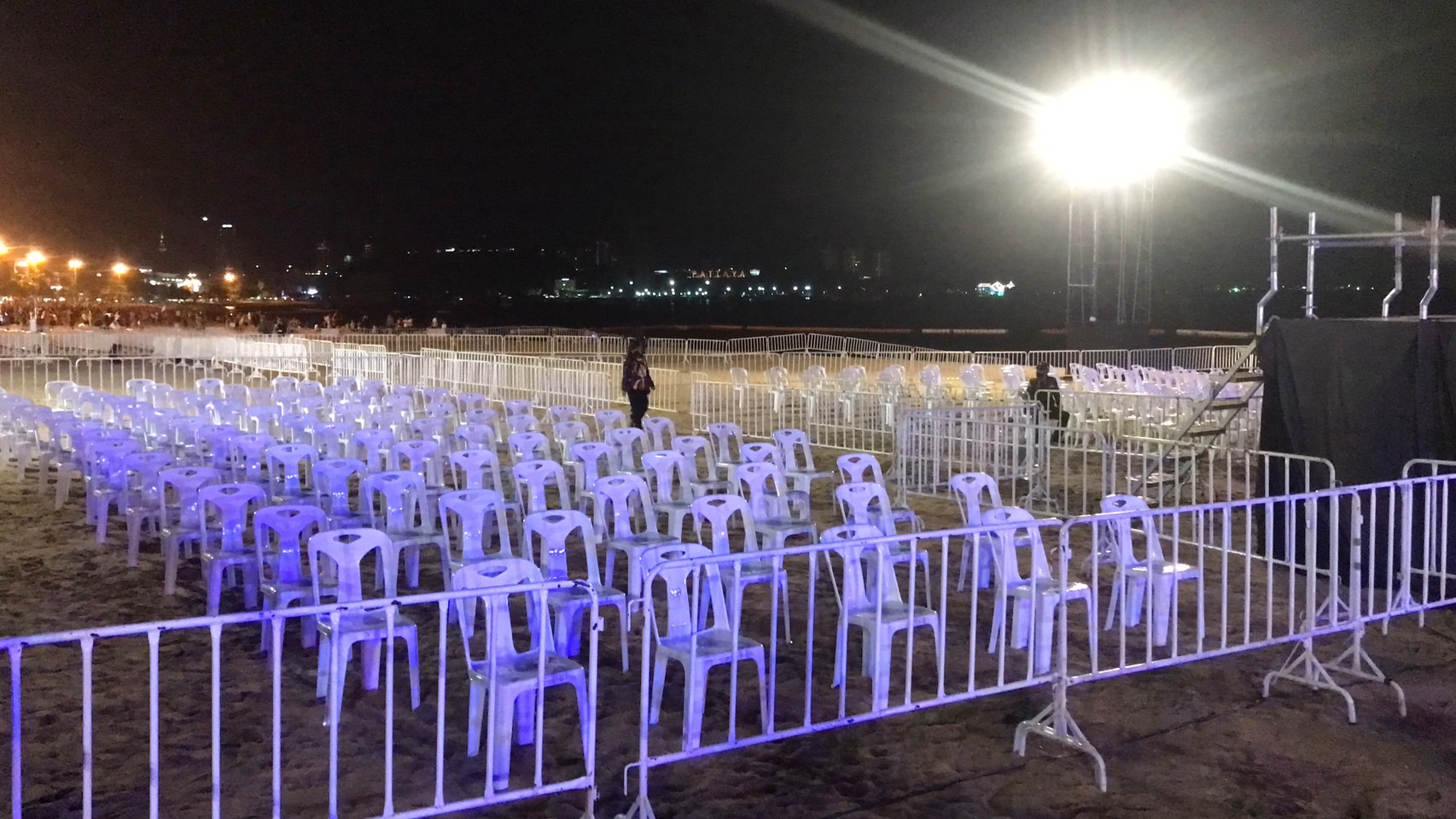 Hundreds, if not thousands, of people, came out to the beach to float their Krathongs on Pattaya beach. Most Krathongs were made from natural materials and were being sold by street vendors who were present all up and down the length of the Pattaya beach, having been given special permission by city authorities to sell. Pattaya officials had previously stated that all street vendors had also been fully vaccinated against Covid-19 or taken antigen rapid tests, but this was not independently verified by TPN media. 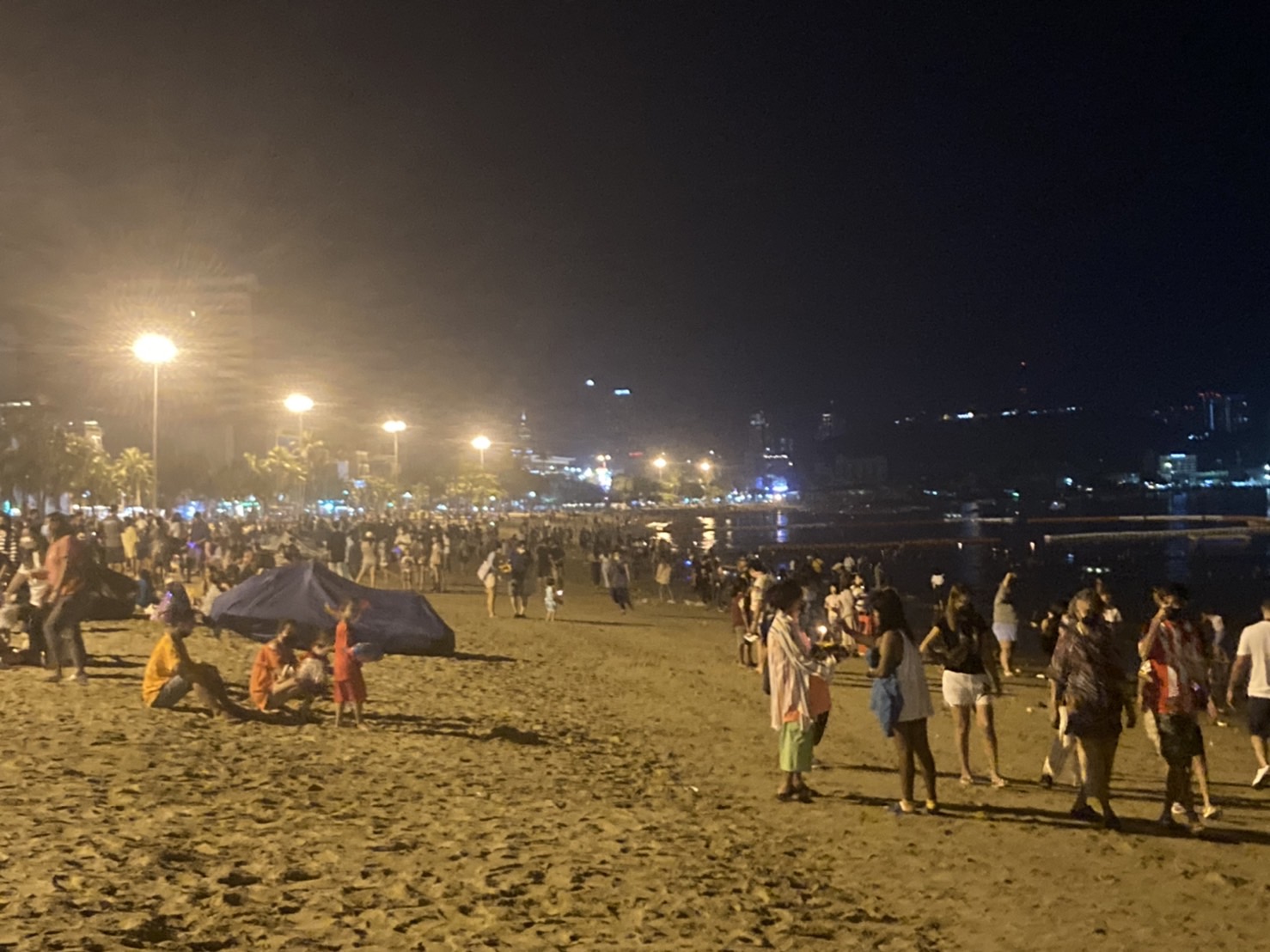 Pattaya City Police and Pattaya City Law Enforcement officers were patrolling around the beach to ensure safety as well as to make sure no floating lanterns and firecrackers were being used, which were banned. They also were seen checking on groups of people on the beach to stop alcohol drinking at times, which had also been banned and followed weeks of officials trying to campaign for an “alcohol-free” Loy Krathong. Bars and nightlife remain shuttered in Pattaya for almost eight months due to Covid-19 regulations and even restaurants are not yet legally allowed to sell alcohol. TPN media notes, however, that enforcement was sporadic and many people were still seen consuming alcoholic beverages.

Overall, Pattaya Mayor Sonthaya Khunplume called the event a success and there were no reports of any major incidents given to TPN reporters. 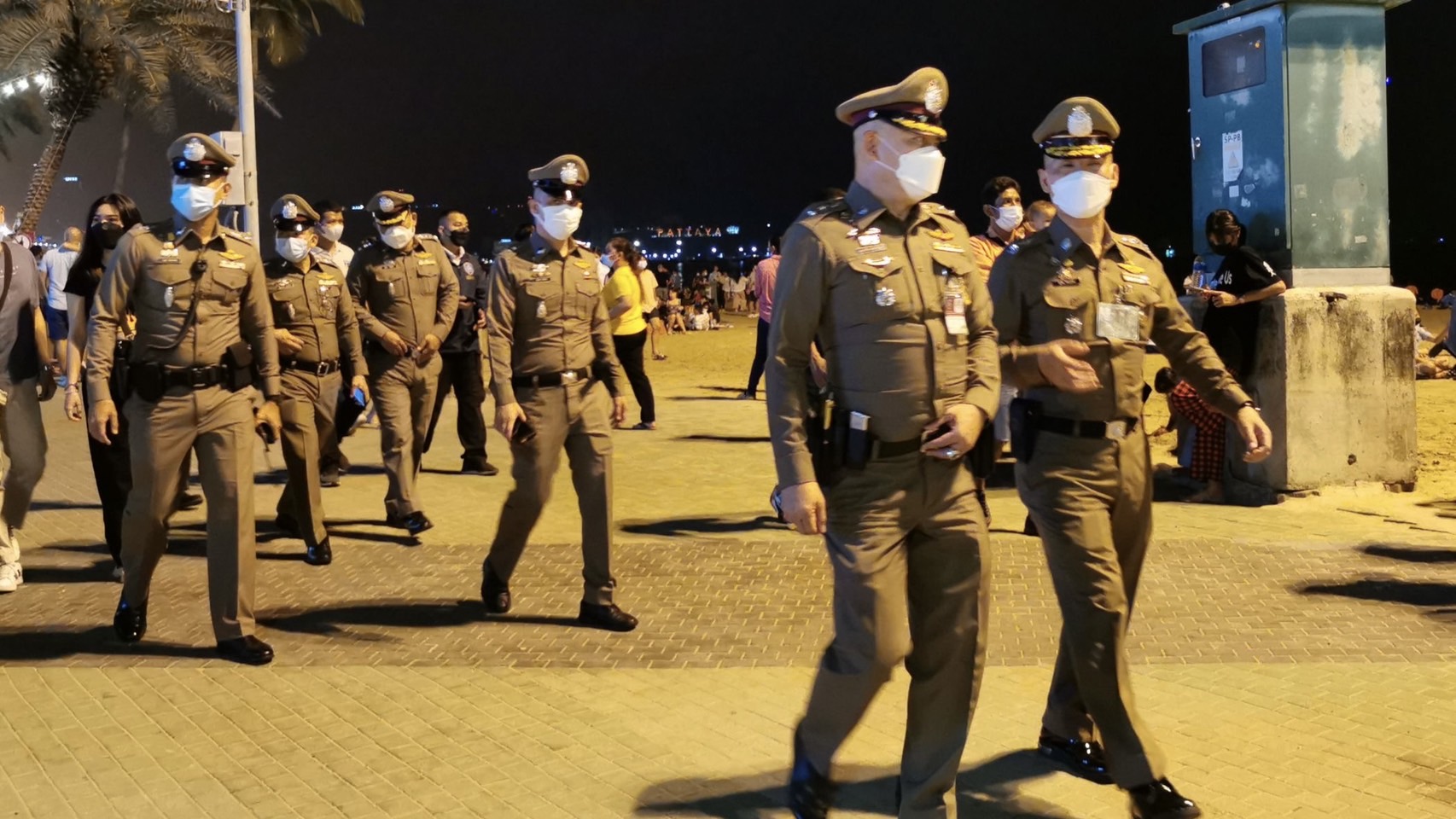