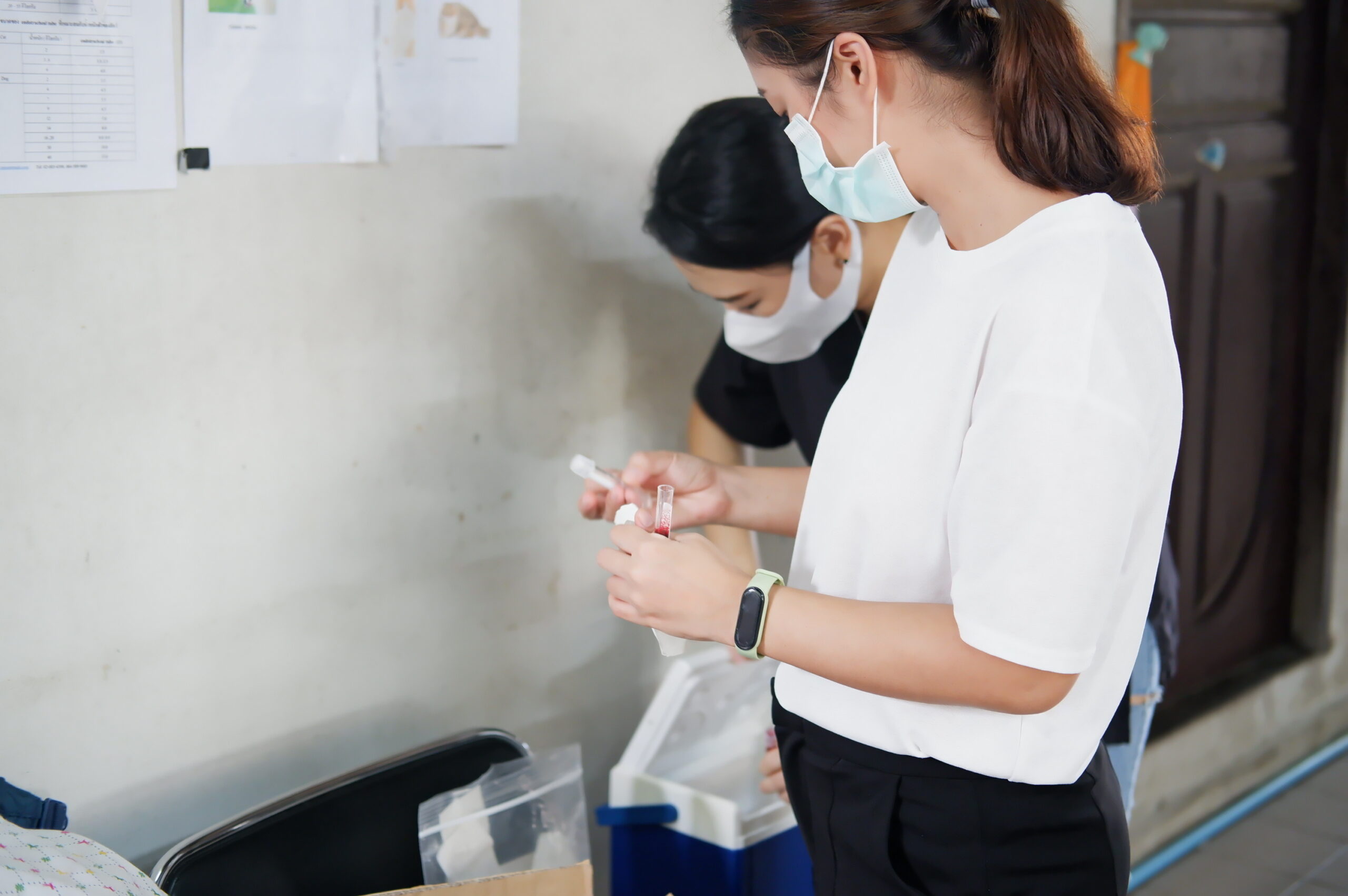 A Ph.D. student at Chulalongkorn University’s Faculty of Veterinary Science (Vet Chula) is researching a new non-surgical method of dog contraception in collaboration with animal welfare organization Soi Dog Foundation. Titled “A study of canine reproductive proteins associated with the development of oocytes”, the research project aims to produce a more accessible and affordable alternative to spay/neuter surgery for the benefit of stray dogs in particular.

Larinthorn Udomthanaisit, the student heading up the project at the university’s Department of Obstetrics, Gynecology, and Reproduction, explained that the focus of the research is on the proteins responsible for fertilization and pregnancy in the fallopian tubes of female dogs.

“If we can figure out which proteins cause egg cells to expand, then we may be able to create anti-fertilization drugs or hormones,” said Larinthorn. “We might find a new method of population control that does not require sterilization surgery. If we can block or halt proteins from doing their job, the egg maturation process would be disrupted, and those female dogs would be unable to reproduce.”

Since 2010, only three papers in the global research database have looked at proteins in the reproductive system of female dogs. Findings show that the formation of egg cells (oocytes) after ovulation is a crucial component in determining whether or not the dog will fertilize. However, scientists are yet to determine what causes the egg cells to expand.

Soi Dog will be collecting ovaries, uteruses, endothelium cells, and blood samples from 60 of the dogs they encounter through their large-scale spay/neuter program and passing them to Larinthorn and her team for an examination. Research is expected to take a year to generate accurate results.

At present, the most common methods of dog contraception in Thailand are spay/neuter surgeries, which carry a high operating cost, and contraceptive injection, which can cause dogs to develop endometritis (inflammation of the uterus which can be fatal). This research, therefore, marks an important starting point for the future development of a safe, effective, and affordable hormonal pill alternative.

“Pet owners would be more likely to sterilize their pets in the future if there is a safe and inexpensive method of doing so,” said Soi Dog’s Animal Welfare Director Dr. Alicja Izydorczyk. “This is important given that pet abandonment is still a major problem in Thailand.”

Soi Dog estimates that approximately half of the owned dogs they encounter are allowed to roam freely, and many are not spayed/neutered or routinely vaccinated, leading to the birth of unwanted puppies and the spread of infectious diseases. Many of these puppies will die after a short life of suffering and, coupled with the regular abandonment of pet dogs on the streets, an endless cycle of suffering is being created. Dr. Alicja stresses the importance of large-scale sterilization and education in breaking this cycle and welcomes the innovation of Larinthorn and her team.

Sterilization is – and always has been – at the forefront of Soi Dog’s work and has so far proven to be the most ethical and effective way of controlling street dog and cat populations. Since 2003, the foundation has spayed/neutered and vaccinated over 620,000 dogs and cats throughout Thailand – more than any other organization in the world.