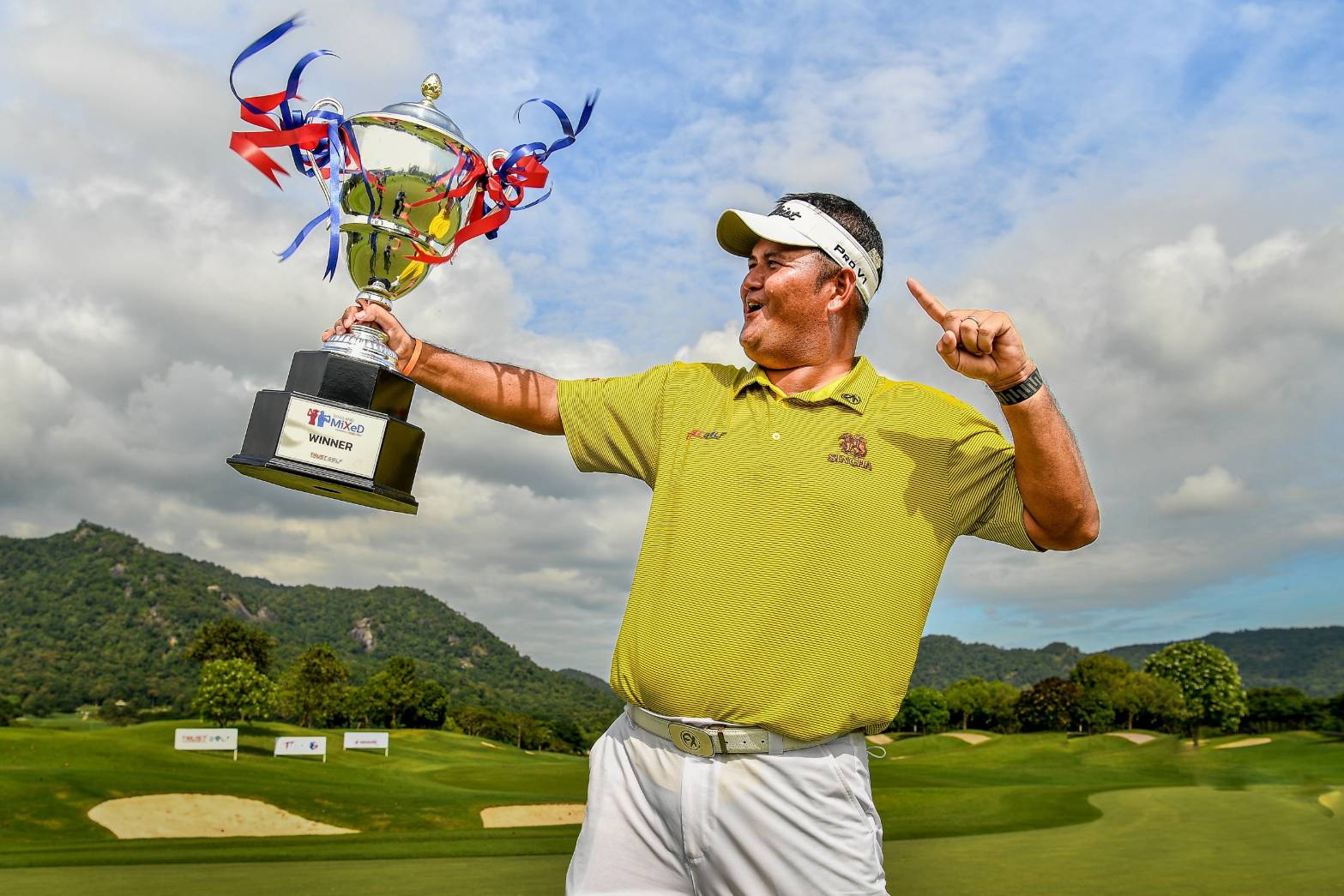 Hometown-hero Prom Meesawat became the first player to win the Thailand Mixed hosted by TrustGolf twice after he beat the red-hot Sadom Kaewkanjana with a four-shot victory at the Black Mountain Golf Club in Hua Hin on Friday.

Relying on his accurate putts, the 37-year-old fired seven birdies for a final 65, signing off with a total 23 under-par-265 which propelled him to his second win on the TrustGolf Tour after sharing the title with close friend Chapchai Nirat in the second circuit in Chiang Mai seven months ago.

“I capitalized on the opportunities that I should have taken. A long birdie putt on the 14th hole really gave me a huge lead. I felt confident and played comfortably from then on,” said Prom who was overwhelmed to lift up a trophy for the first time at his hometown. He also dedicated the title for his little son Teva who just turned 3 on Tuesday.

“I was really determined to play well as I wanted to win this tournament as a birthday present for my boy,” added Prom whose victory will boost up his confidence going to two straight Asian Tour events in Phuket which starts next Thursday.

“I’m so happy to be in good form. I really want to continue playing consistently like this for the rest of the season as I still have several tournaments left,” added Prom who earned Bt450,000 prize money as the victor.

Prom had been chased after all day by the in-form Sadom who won four out of his last five events coming to the beach resort town. However, Prom’s superb short game was too much for the 23-year-old from Narathiwat to catch up with as he had to be content with the runner-up position following a final 65 and 19 under-par- 269.

“I was trying my best but Prom was too good. It was a good week for me though. Hitting two digits under par here was quite OK because I didn’t even make the cut in the first circuit at this same course,” said Sadom who is touted as one of the local favourites to steal the limelight in the home Asian Tour events.

“I’m feeling confident with my game now but I don’t want to pressure myself with big goal. My priority is to make the cut first and see how things go,” added Sadom. 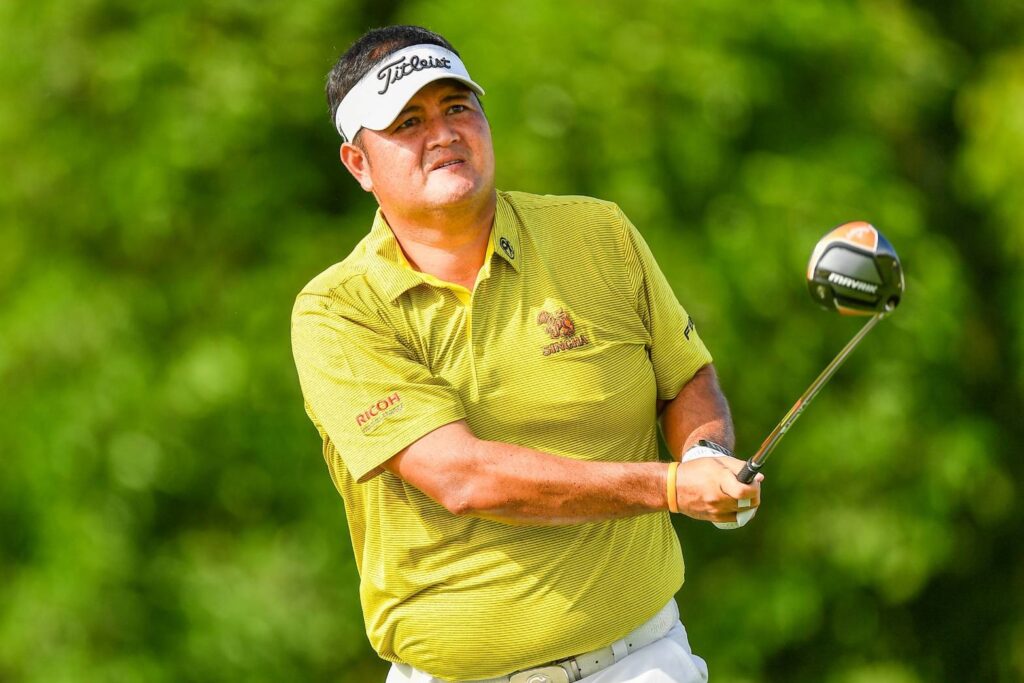 Apart from the prize money, a cheque of Bt30,000 sponsored by Bond Holdings will be awarded to a player with the best score each day. Also, 200 gift sets by S.Khonkaen will be given away to all players in the first day.

TrustGolf, an indoor training center with advanced technology, has supported international tournaments including the “TrustGolf Women Scottish Open”, a Ladies European Tour co-sanctioned with the LPGA Tour event between 2021-2025. A great number of world leading golfers signed up for the event which helped promote a good image for Thailand. Moreover, Thai female players, under the support of TrustGolf, were given the opportunity to compete in the European event.

The company also organized projects and tournaments for young golfers such as the TrustGolf Scholarship, Golf to School, and the TrustGolf Amateur Qualifier 2021 which selected players to compete in the Women Amateur Asia Pacific-WAAP), IMG Academy Juniors World Florida Challenge.