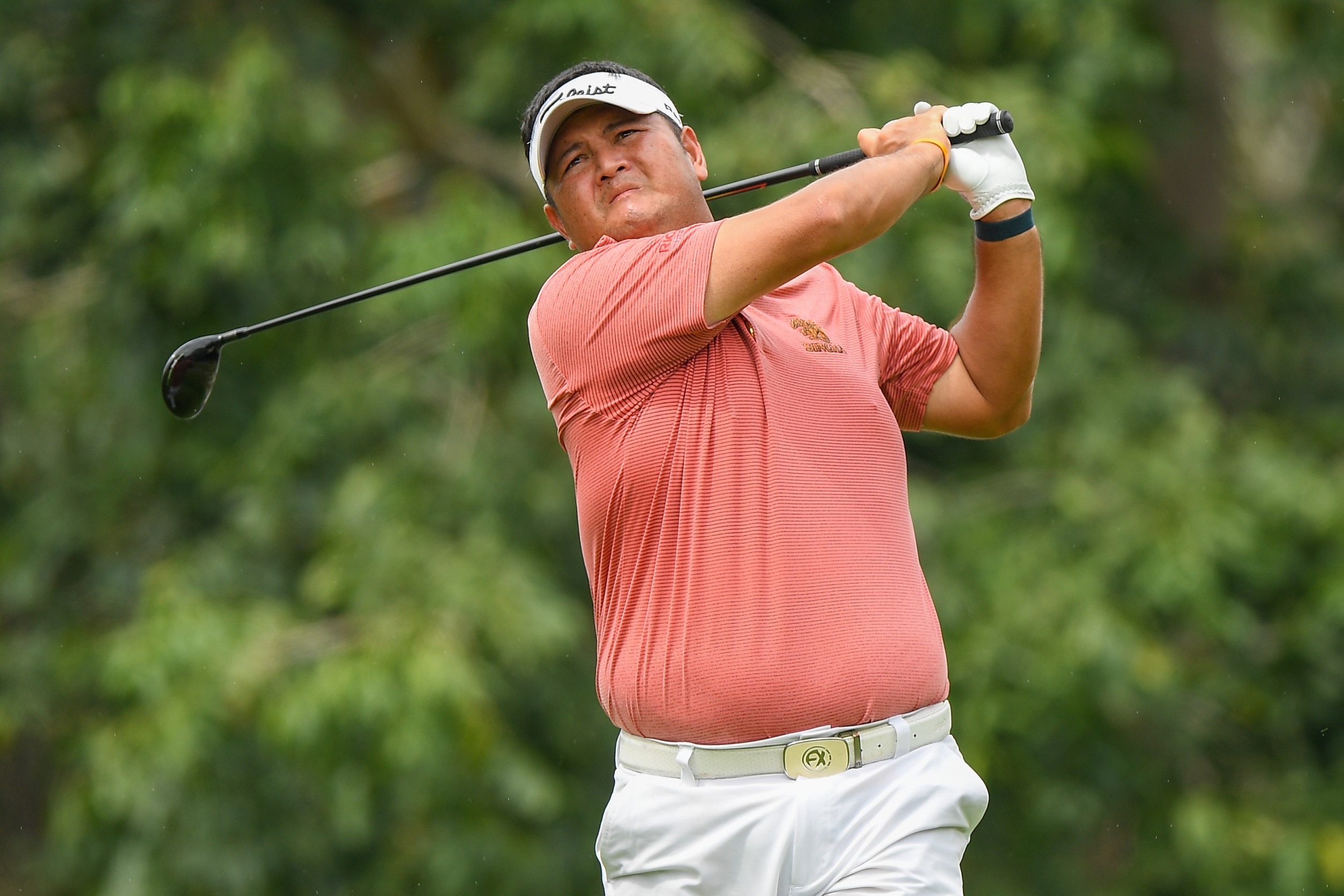 Hometown-hope Prom Meesawat produced the low round 64 to build a three-shot lead after the third round of the BT3 million Thailand Mixed hosted by TrustGolf at the Black Mountain Golf Club in Hua Hin on Thursday.

The 37-year-old Hua Hin-based crafted eight birdies, five at the back nine, to finish the day without a bogey. His total of 16 under-par-200 propelled him to the final with a three-stroke advantage over halfway leader Noppalit Panichphol and female contender Trichat Cheenglab, each with 13 under.

“I finally gained my momentum today. I hit the ball the way I wanted to which made it easier for me to shoot scores,” said Prom who shared the title with his close friend Chapchai Nirat in the second Thailand Mixed event in Chiang Mai back in April. “I feel good about every part of my game. Even I made some mistake on the ninth hole, I still fought my way back to save par,” said Prom whose  64 was the round’s best. It earned him Bt30,000 sponsored by Bond Holdings.

But a more lucrative cheque of Bt450,000 awaits him on Friday should he prevail in the tournament. He will then become the first player to win for the second time in the mixed tournament.

“I hope to carry the momentum going to the final. If I can play consistently like I did today, I will have a great chance on Friday,” said Prom in the hunt for his second trophy of the season.

After hitting back-to-back 66s, rookie Nopparat Panichphol struggled with his game on Thursday, shooting four bogeys against an eagle on the sixth hole and three birdies before ending up with a 71.

“The winds made it difficult for me. I had a hard time playing my second shots which deprived me of the chance to shoot scores,” said the 23-year-old rookie in search for his maiden professional title.

“I need to six my tee shots and get used to the winds. Besides, if I can fix my second shots, I should hit more birdies tomorrow,” the former Thailand Amateur champion said.

Trichat still remains the best female performer for the third day. She hit a 70 to remain in contention.

“I didn’t hit four-under as I expected. It was very windy out there which made it difficult to aim for the flag positions. But hitting two under was not so bad,” said the 26-year-old Bangkokian who has no problem playing in the last group alongside the men (Prom and Nopparat).

“Playing in the same group with Prom and Nopparat will be a good opportunity for me. I will try to learn their aggressive and defensive games and apply them on the women’s tour,” said Trichat, winner on the Thai LPGA Tour last month.

Following four shots behind the leaders were two in-form stars Sadom Kaewkanjana and the first circuit’s winner Arpichaya Yubol, each with a 69 and 204s.

Apart from the prize money, a cheque of Bt30,000 sponsored by Bond Holdings will be awarded to a player with the best score each day. Also, 200 gift sets by S.Khonkaen will be given away to all players on the first day.

The company also organized projects and tournaments for young golfers such as the TrustGolf Scholarship, Golf to School, and the TrustGolf Amateur Qualifier 2021 which selected players to compete in the Women Amateur Asia Pacific-WAAP), IMG Academy Juniors World Florida Challenge.