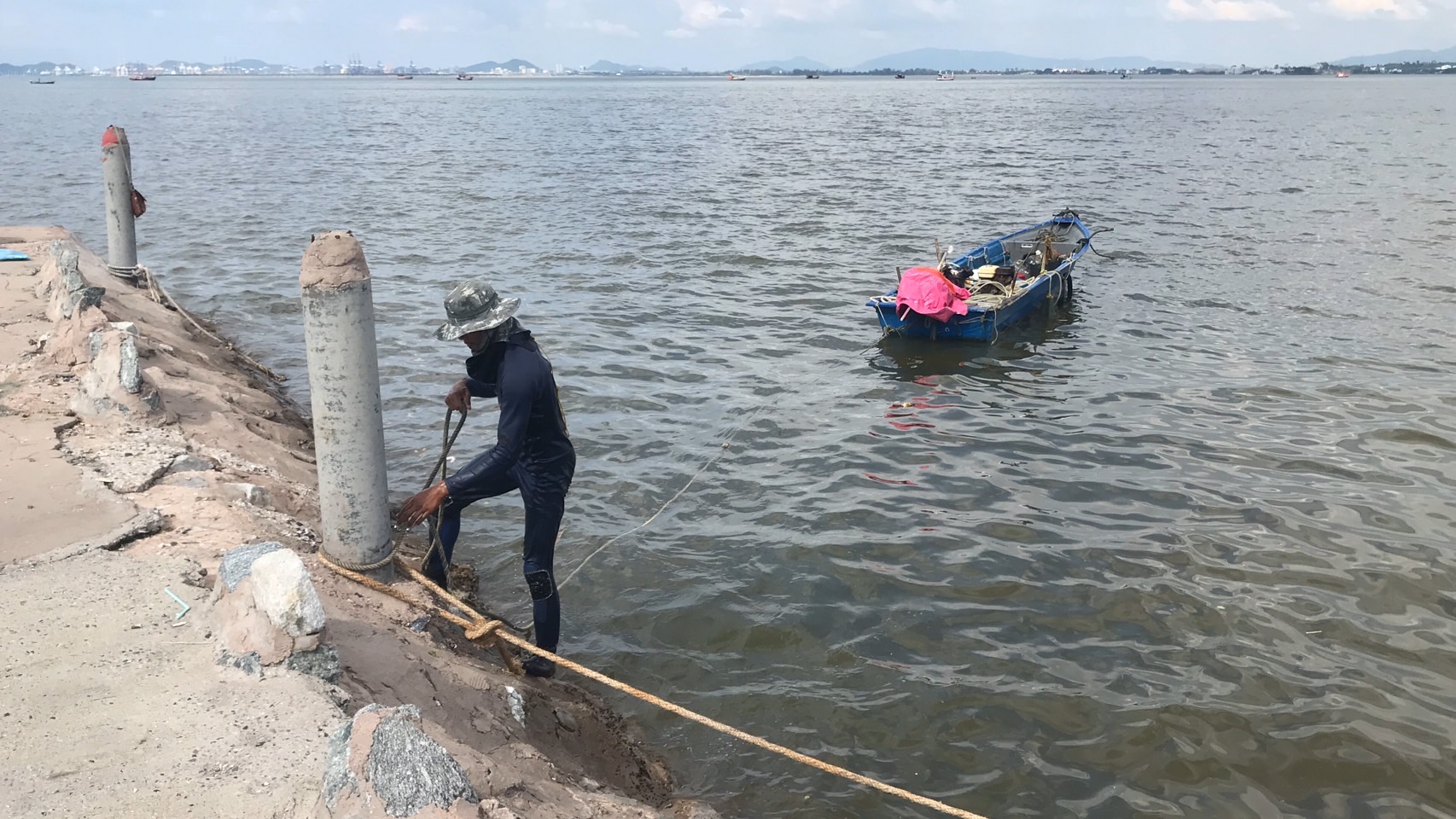 A Cambodian man who was searching for shells in the waters of Pattaya bay was pronounced dead yesterday after reportedly running out of oxygen.

The Pattaya City Police were notified of the incident yesterday afternoon (November 17th) at a fish market in Naklua next to Pattaya bay.

A video version of this story can be seen below, for those who prefer:

Law enforcement and The Pattaya News arrived at the Fish Market Organisation in Naklua where the body of Mr. Sureang Long, 41, was taken out of the bay and onto a boat by rescue workers. 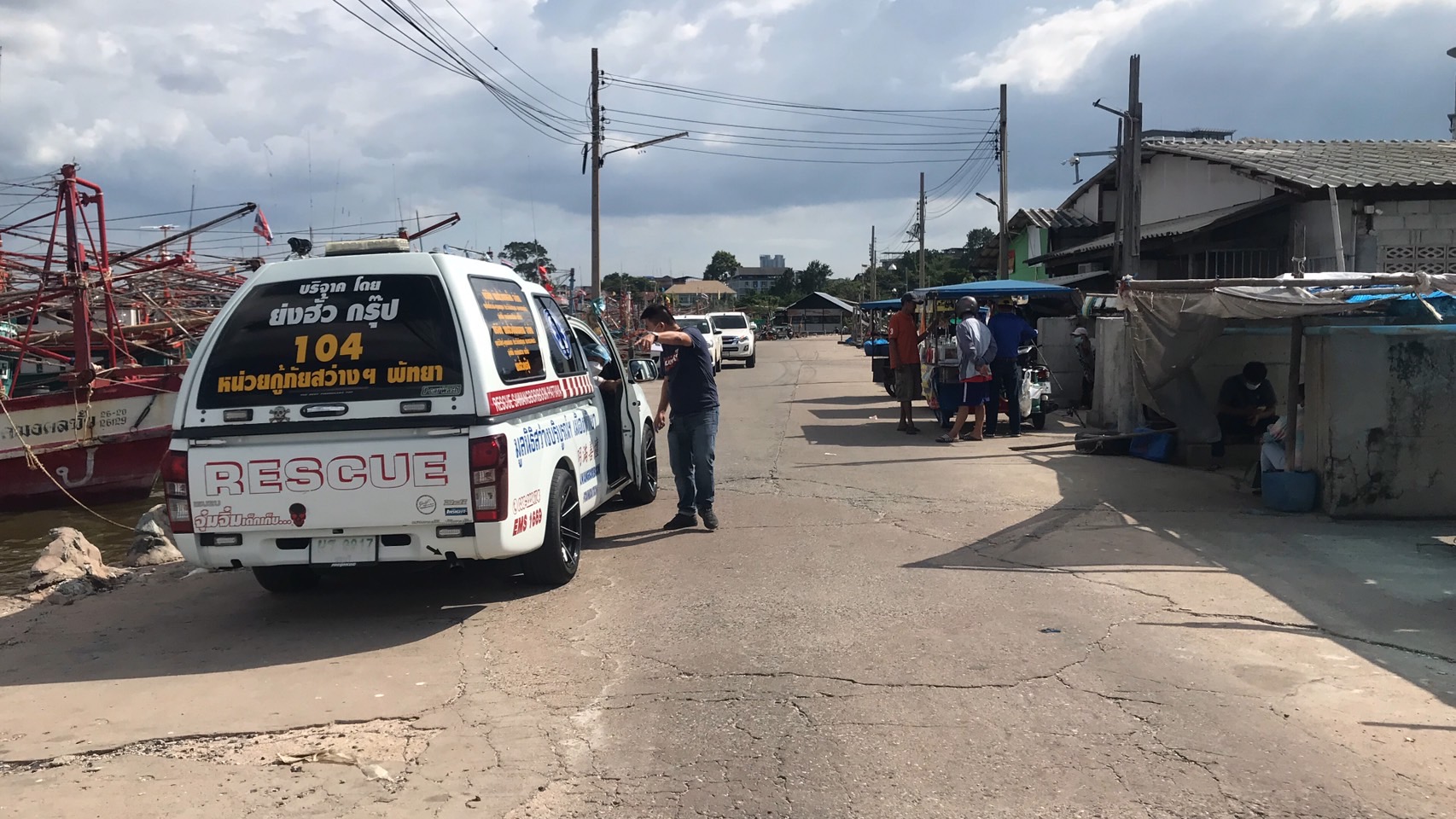 Mr. Petkumarn Chaichanee, 37, told Pattaya police, “Mr. Sureang and I went out into the sea to search for shells in a very small fishing boat with portable air tanks. While we were hunting for them, our boat engine stopped and Sureang’s oxygen tank also began to malfunction. I am not sure why this spat of bad luck happened at the same time.”

“I attempted to manually rescue Sureang but failed. He drowned under the sea which is about seven meters deep. I went down into the water to rescue him but it was too late.” Petkumarn concluded. 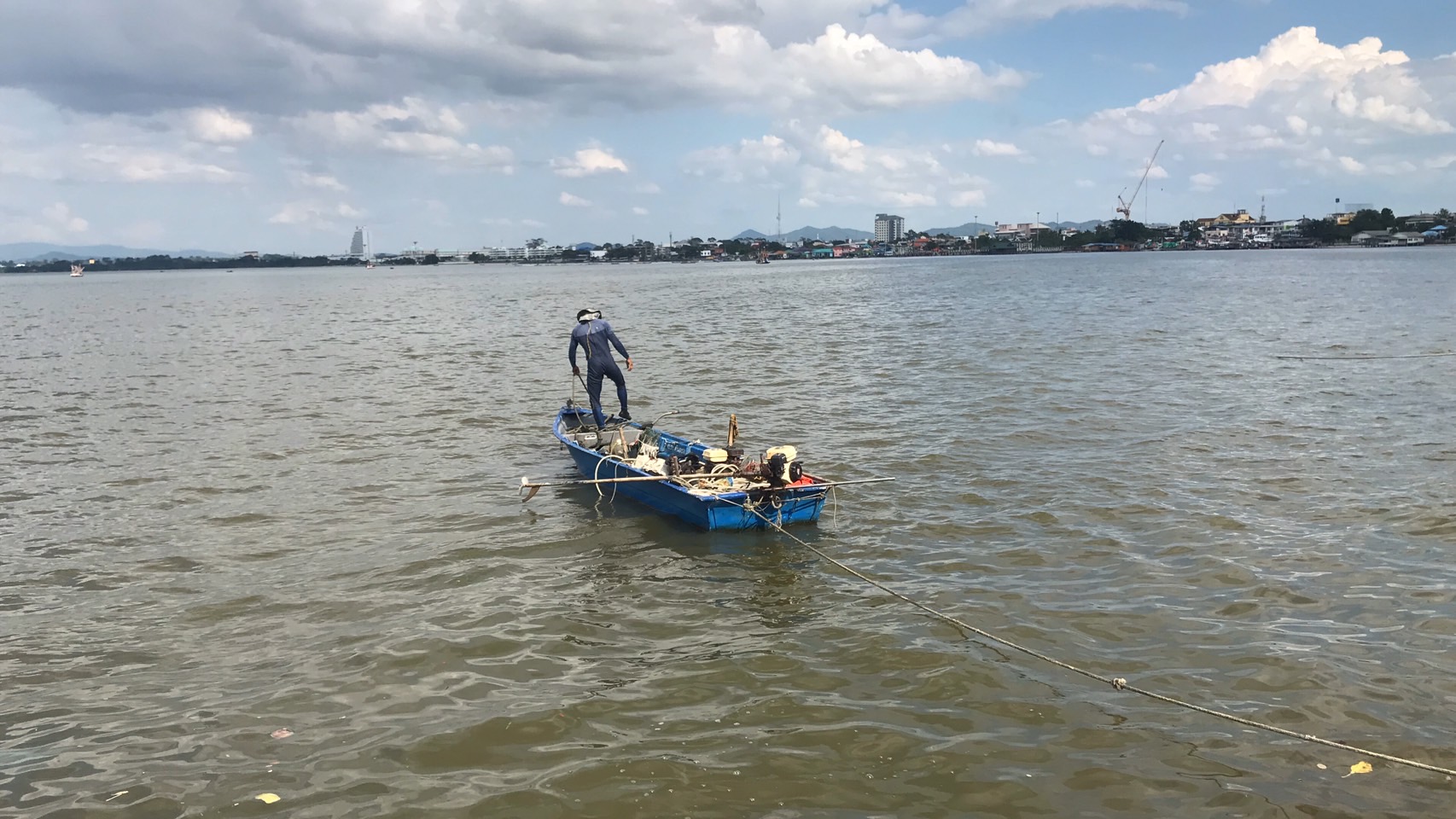 A spokesperson for the Pattaya City Police stated that a full autopsy would be conducted on the victim and that they were still investigating the incident.