An 80-year-old bicycle rider has been pronounced dead at the scene while a motorbike rider was injured after a nurse driving a sedan crashed into at least five vehicles.

The Banglamung Police were notified of the accident at 7:45 A.M. Monday morning, November 15th, in front of the Rong Poa Market on Banglamung 25 Road in Banglamung.

Emergency staff, Banglamung Police, and The Pattaya News arrived at the scene to find at least six damaged vehicles in total. Ms. Wilawan Ingthep, 38, a motorbike rider, had sustained injuries from the accident and was immediately rushed to a hospital. 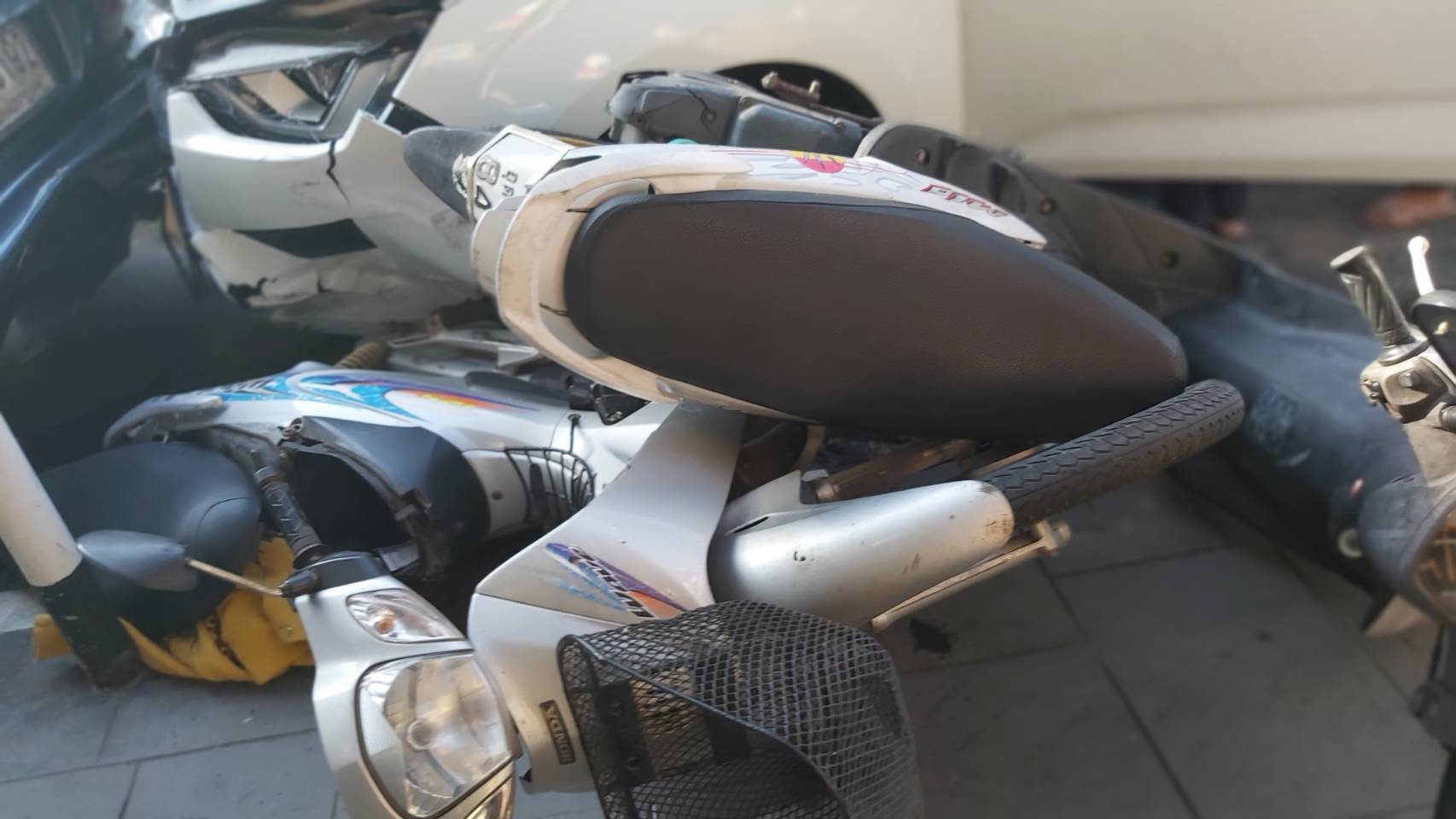 Mr. Boongsong Meesuk, 80, had sustained severe injuries. He was rushed to a local hospital but was pronounced deceased while he was being transferred.

Witnesses told police Mr. Boonsong had just finished filling the air in his push bicycle’s wheels. He was about to leave when the accident took place. 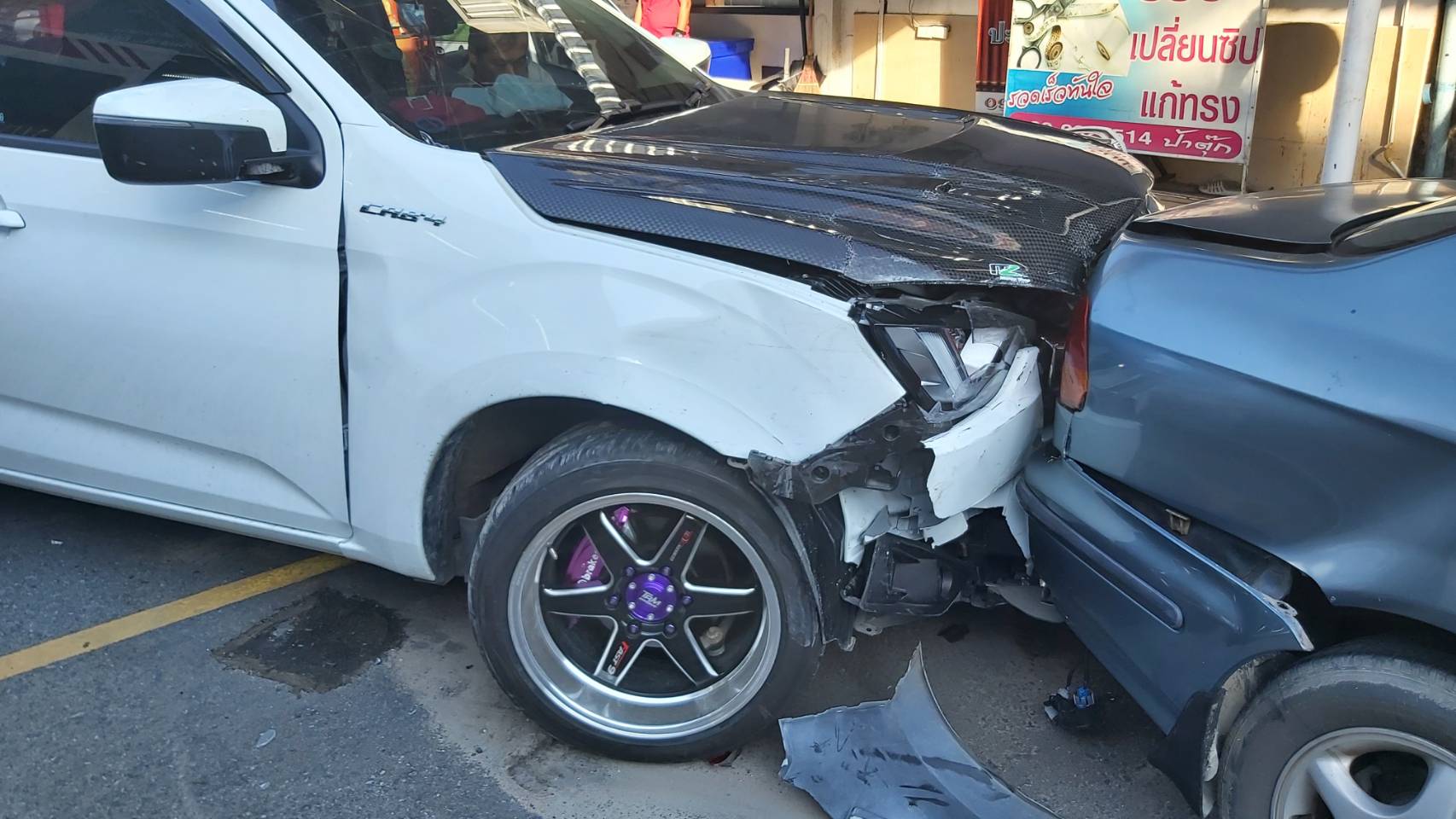 The sedan driver, Ms. Thanita Taraphong, 30, told Banglamung police, “There was another vehicle that swiped me on the side of my car before I lost control of my vehicle and crashed into everyone else. This wasn’t my fault.”

Banglamung police are reviewing CCTV to determine the exact sequence of events and Ms. Taraphong, who was not injured, was temporarily detained for further questioning. The driver and vehicle that had allegedly side-swiped Ms. Taraphong was not immediately clear and police stated they needed time to review the CCTV to verify the statements. 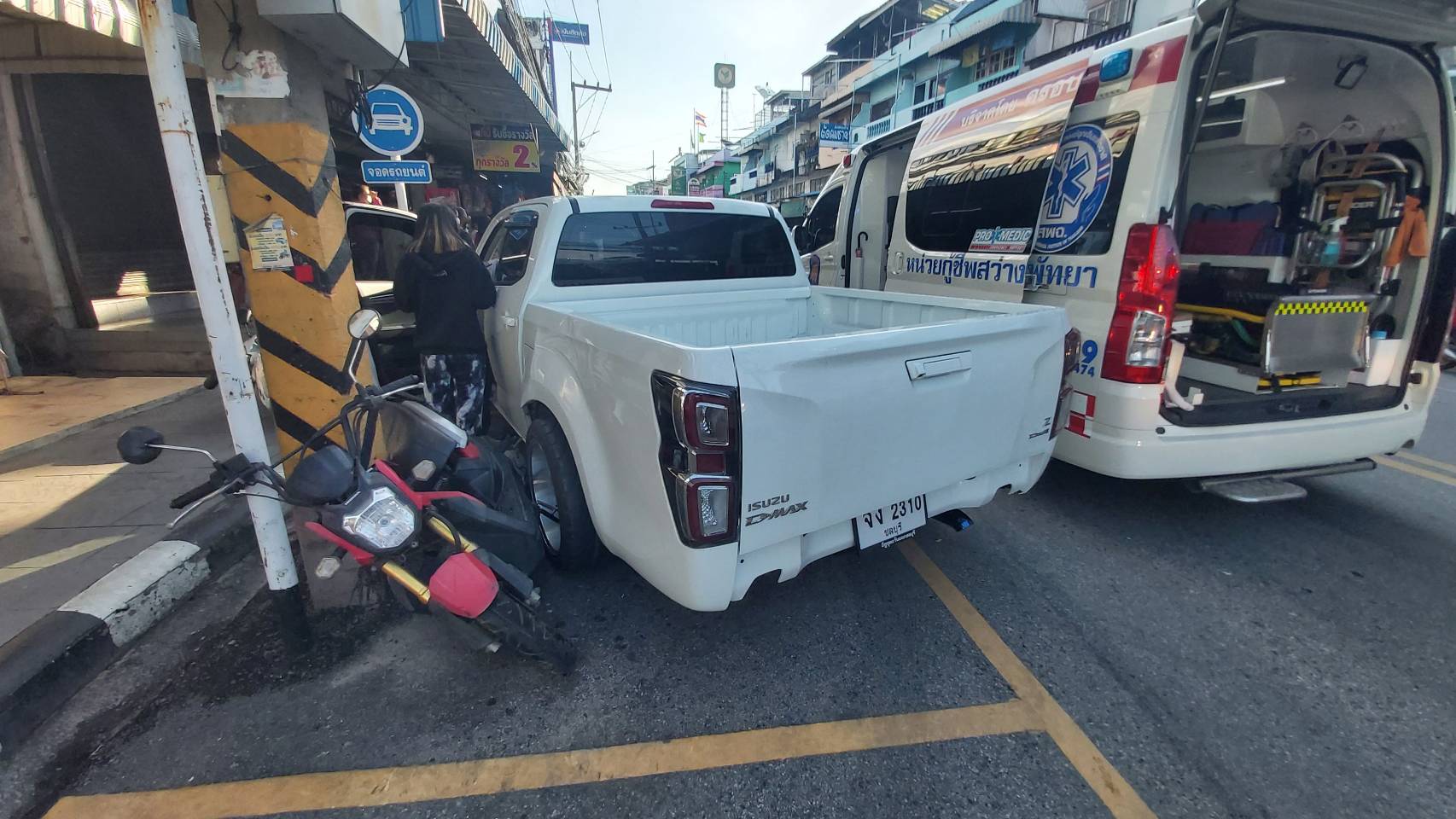