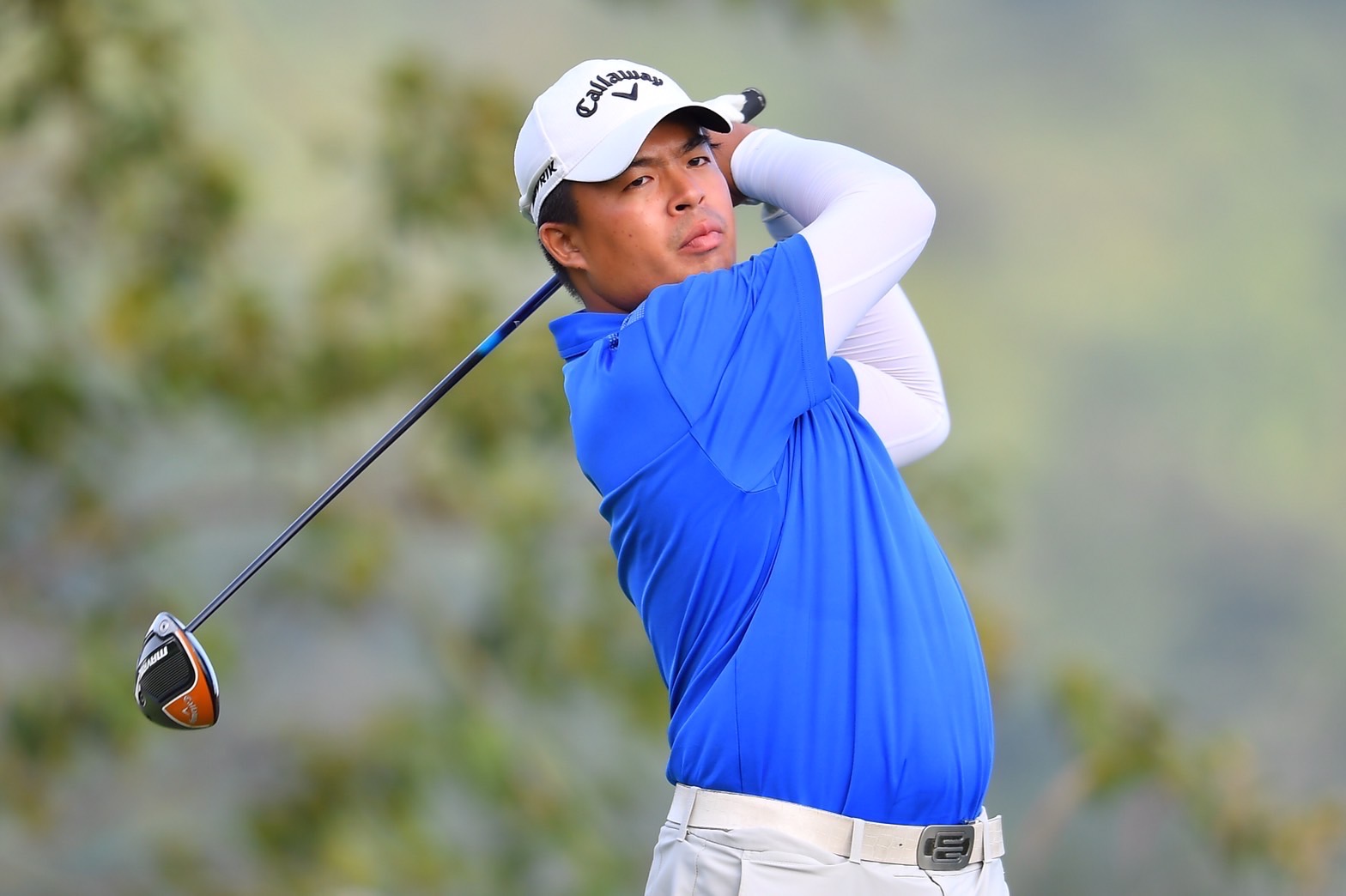 Rookie Nopparat Panichphol shot his successive 66 to hold on to the lead after the halfway stage in the fourth circuit of the BT3 million Thailand Mixed hosted by TrustGolf at the Black Mountain Golf Club in Hua Hin on Wednesday.

The unfancied player proceeded through 34 holes without an error before he committed his first bogey on the eighth hole (starting at the back nine) and ended the second round on 12 under-par-132, a stroke ahead of two-time Thai LPGA Tour winner Trichat Cheenglab.

“It was still a pretty good round for me even though I needed three putts on the eighth hole. The ball hit the edge of the hole but didn’t sink in,” said the 23-year-old from Sa Kaeo whose latest win came in the 2017 Thailand Amateur Championship in Bangkok.

The former national player will now head into the third round in a pro event for the first time. Despite his restricted experience, Nopparat believes he has what it takes to have a breakthrough victory this week.

“I have long drives and I’m confident with my putters at the moment. I will focus on my game, trying to shoot scores at all par-five holes. If I can hit 5-6 under a day, I stand a good shot at winning,” added the gold medallist in the 2017 SEA Games.

In terms of mental strength, Nopparat is also confident he can handle the pressure of playing in the last group on Thursday.

“I used to make the gold medal putt which helped Thailand win the SEA Games men’s team (2017) before. So, I believe, to some extent, I can deal with a tough situation well. What I need to do is to focus on myself and care less about other players,” he added.

26-year-old Trichat, winner of the Thai LPGA Tour event in Petchaburi last month, was hot on her heels as she shot seven birdies without a bogey for a second-round 65. She sat a shot back with a total 11 under-par-133.

“I hit the iron well and made a lot of birdies from around 3-5 feet. I came here without much expectation as I’m exhausted from playing week in week out. It turns out that I play better when I have less stress,” said the 26-year-old woman from Bangkok.

“I hope to hit 4 under in each of the next two rounds. If I can achieve that, it will be beyond my goal,” she added.

Coming at lone third was Pathompon Fuengsawat following a 65 which featured seven birdies, an eagle on the 17th hole, and two bogeys. He had to play 24 holes on Wednesday as bad visuality suspended play in round one.

“I had to stop in the first round with six holes to play. But I still kept my momentum going into the second round. The greens here are in perfect condition which really suits me. About my game plan tomorrow, I hope to hit one short at a time, trying the hit a lot of fairways and hope to make good putts,” said Pathompon with a total of 134.

Former champion Arpichaya Yubol and hot-shot Sadom Kaewkanjana, who won four titles in his last five starts, proved why they are the ones to watch after the first shot a 66 and the latter a 65 to fall three shots behind the lead on nine under-par-135.

A total of 65 players have made it to the third round with a cut at one over-par-145.

Apart from the prize money, a cheque of Bt30,000 sponsored by Bond Holdings will be awarded to a player with the best score each day. Also, 200 gift sets by S.Khonkaen will be given away to all players on the first day.

The company also organized projects and tournaments for young golfers such as the TrustGolf Scholarship, Golf to School, and the TrustGolf Amateur Qualifier 2021 which selected players to compete in the Women Amateur Asia Pacific-WAAP), IMG Academy Juniors World Florida Challenge