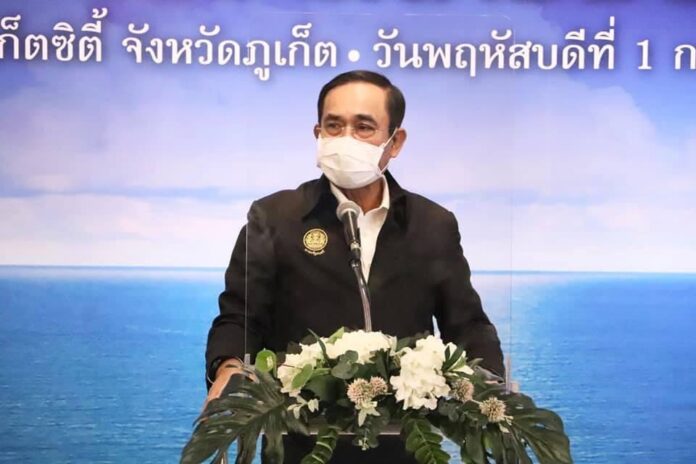 Following a special Cabinet meeting in Krabi today, in which you can read more about by clicking here, the Thai government spokesperson openly commented this evening, November 16th, on increasing frustration and anger from the bar, nightlife, entertainment, and pub sector over being closed until at least mid-January, following a Covid center decision last week.

Ms. Ratchada Thanadirek, the Deputy Spokesperson for the Prime Minister’s Office, speaking with the associated Thai press tonight, responded to several questions around claims by some media that the Prime Minister, Prayut Chan O’Cha, had “promised” to open entertainment and nightlife venues by December 1st and had broken his promise.

According to Ms. Ratchada, the PM had never promised to allow them to open by December 1st but only to “consider” them for opening. TPN media, reviewing the original text of the PM’s speech where this was announced, agrees with Ms. Ratchada’s statement.

Ms. Ratchada stated that the Center for Covid-19 Situation Administration, or CCSA, had determined that they felt that it would be safer to open these venues after the holidays, despite the likely significant economic loss. Ms. Ratchada also noted that the January date was not a promise, but also only a consideration.

However, Ms. Ratchada also stated that the PM had ordered support to be given for all sectors, including the night-time economy, for the continued delays in opening and losing what is traditionally their busiest month of the year.

Ms. Ratchada did not expand on what the support, requested by bar and nightlife owners since early 2020, would be or when it would arrive but only that it was being “looked into by relevant agencies.”

TPN media notes that although, legally, the sector is closed some areas where alcohol has been permitted to be sold at restaurants once more, such as Bangkok and Krabi, have seen many bars and entertainment venues reopen as “restaurants” temporarily, seemingly with the approval of local officials. Pattaya, despite a growing movement to lift the ban as seen earlier today, remains a dry zone.