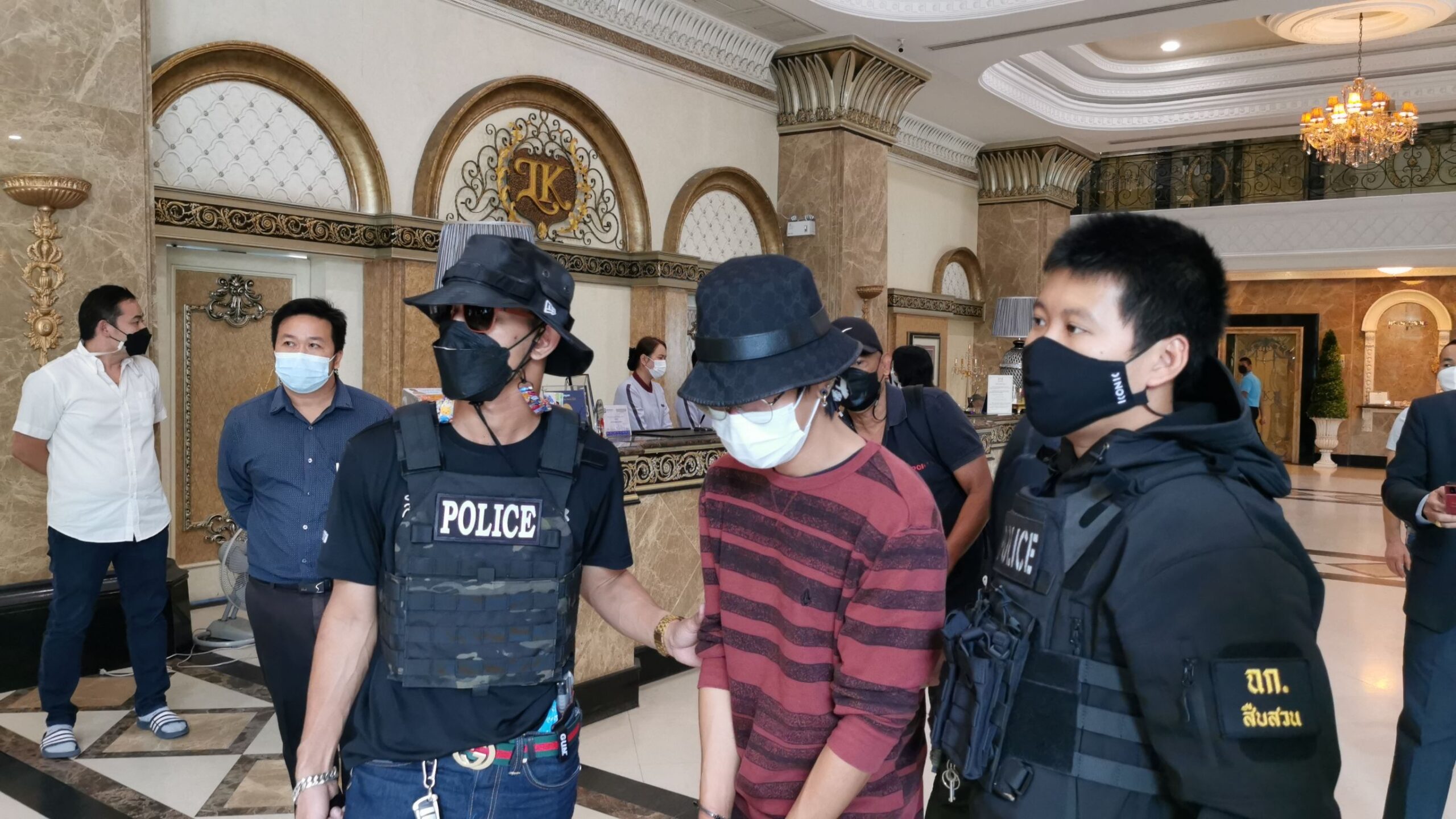 A half-Thai half-Japanese man was arrested yesterday, (November 12th), after firing a gunshot in public on Thursday night (November 11th) on Pattaya Beach Road. A security guard nearby suffered injuries to his left hand from the incident.

First, as reference to the prior incident:

The Pattaya City Police were notified of the incident at 9:00 P.M. opposite Tipp Plaza.

Now, for the update:

The Pattaya City Police continued their investigation and identified the suspect as Mr. Buris Yoshimura, who is half- Thai and half-Japanese, 26. Police requested an arrest warrant from the Pattaya Provincial Court for Mr. Buris after successfully tracking him down following a review of CCTV footage on Beach Road in Pattaya following the shooting.

At about noon yesterday (November 12th) a team from the Pattaya City Police arrested Mr. Buris at a hotel room in Soi 12 on Pattaya Beach road. Seized from him was a handgun with several bullets and dried marijuana, according to Pattaya Police.

Mr. Buris reportedly told the police, “My girlfriend and I came to Pattaya on Monday for the music festival this weekend but we had mixed up the festival days by accident and came far too early. This put me into a bad mood as the hotel cost me a lot of money and my mood became progressively darker as the week went on.”

“I was recording a video while I was walking last night alone on Pattaya Beach and speaking about my thoughts. A woman on the beach who I recorded by accident screamed at me to stop recording her and insulted me, calling me bad words. I became angry and frustrated over this incident, I suffer from severe depression and her insults made this worse.” Buris reportedly stated to Pattaya police. 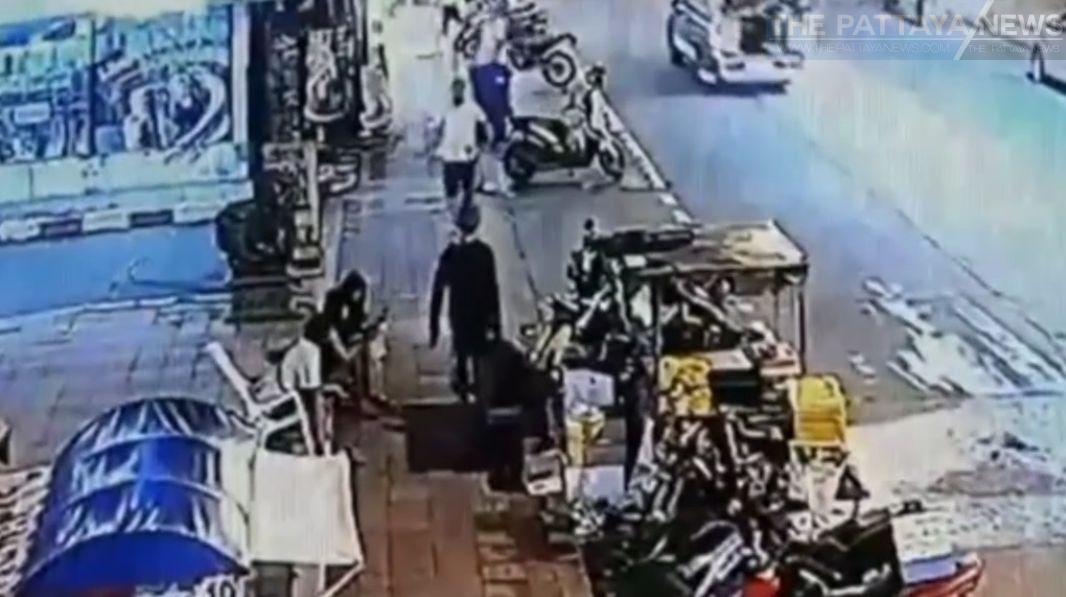 “I took out my firearm and pointed it in a direction where I didn’t think anyone was and fired. I didn’t mean to hurt anyone, I just wanted to show them I was upset and release my anger and frustration. I am very sorry I injured the security guard.” Buris stated. 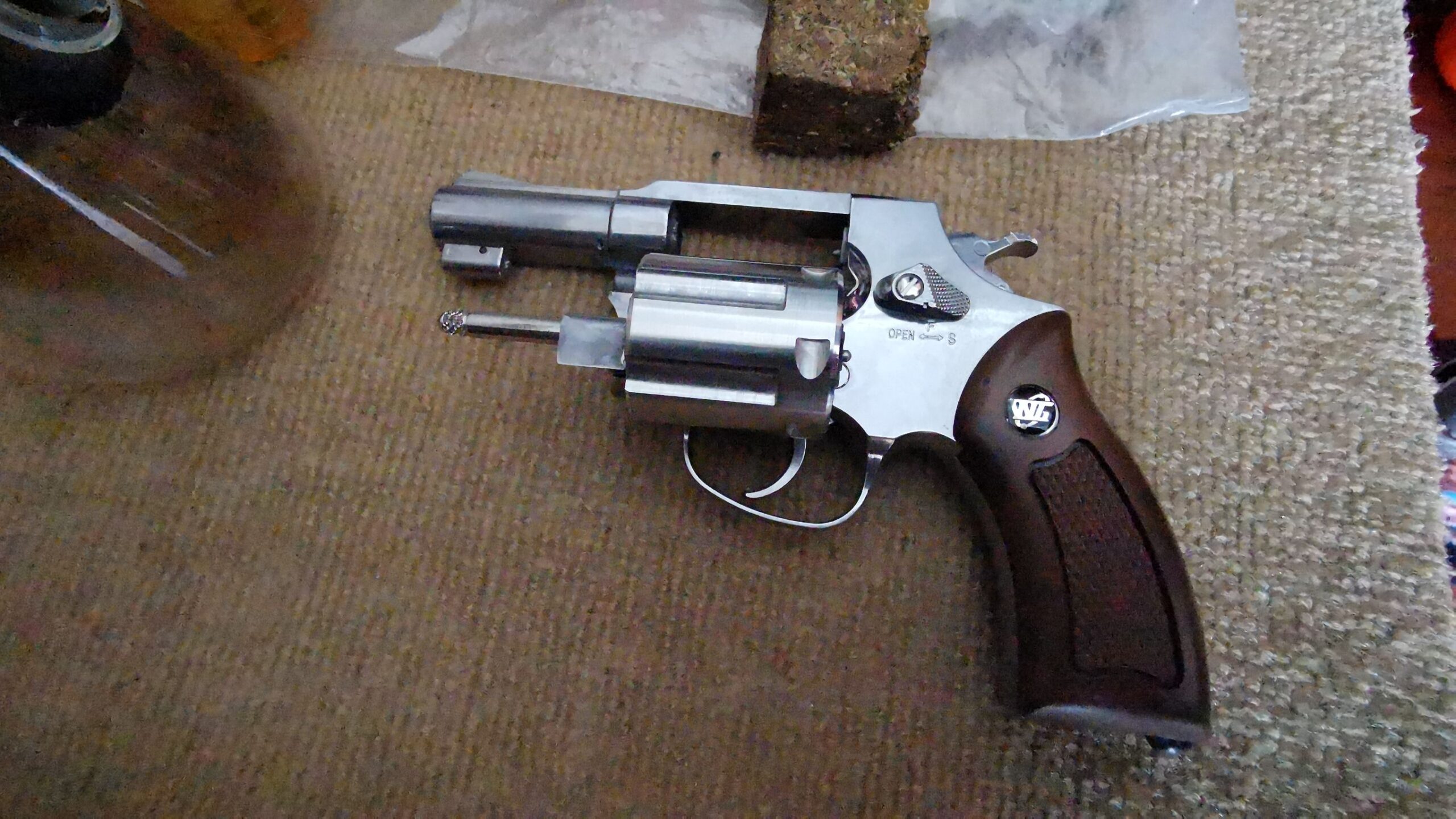