A suspect easily got 600,000 baht after robbing a bank in Phan Thong yesterday (November 12th).

The Phan Thong Police was notified of the incident in the afternoon at a bank in the Baan Gao sub-district.

One of the bank staffers told police the suspect entered the bank normally like other customers. He wrote on a paper that he handed to a teller saying ‘Do not talk to anyone. I have a gun. Give me four million baht. If you talk to anyone you will die.’ 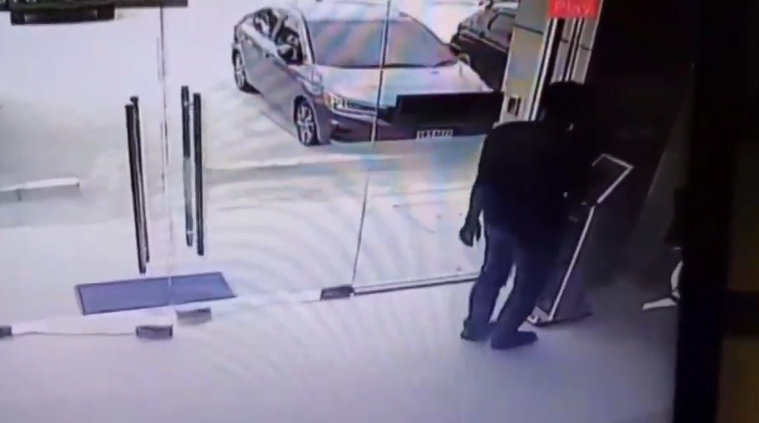 The bank staffer grabbed some money, about 600,000 baht, before giving it to the suspect. The suspect put the money into his bag without counting the cash before going out as normal within five minutes.

The bank security guard Mr. Phon Khempet told police, “I did not realize the man was a robber as the suspect was so calm and acting like a normal customer. I even opened the door for him when he went out.”

Police are hunting for the suspect using CCTV evidence.