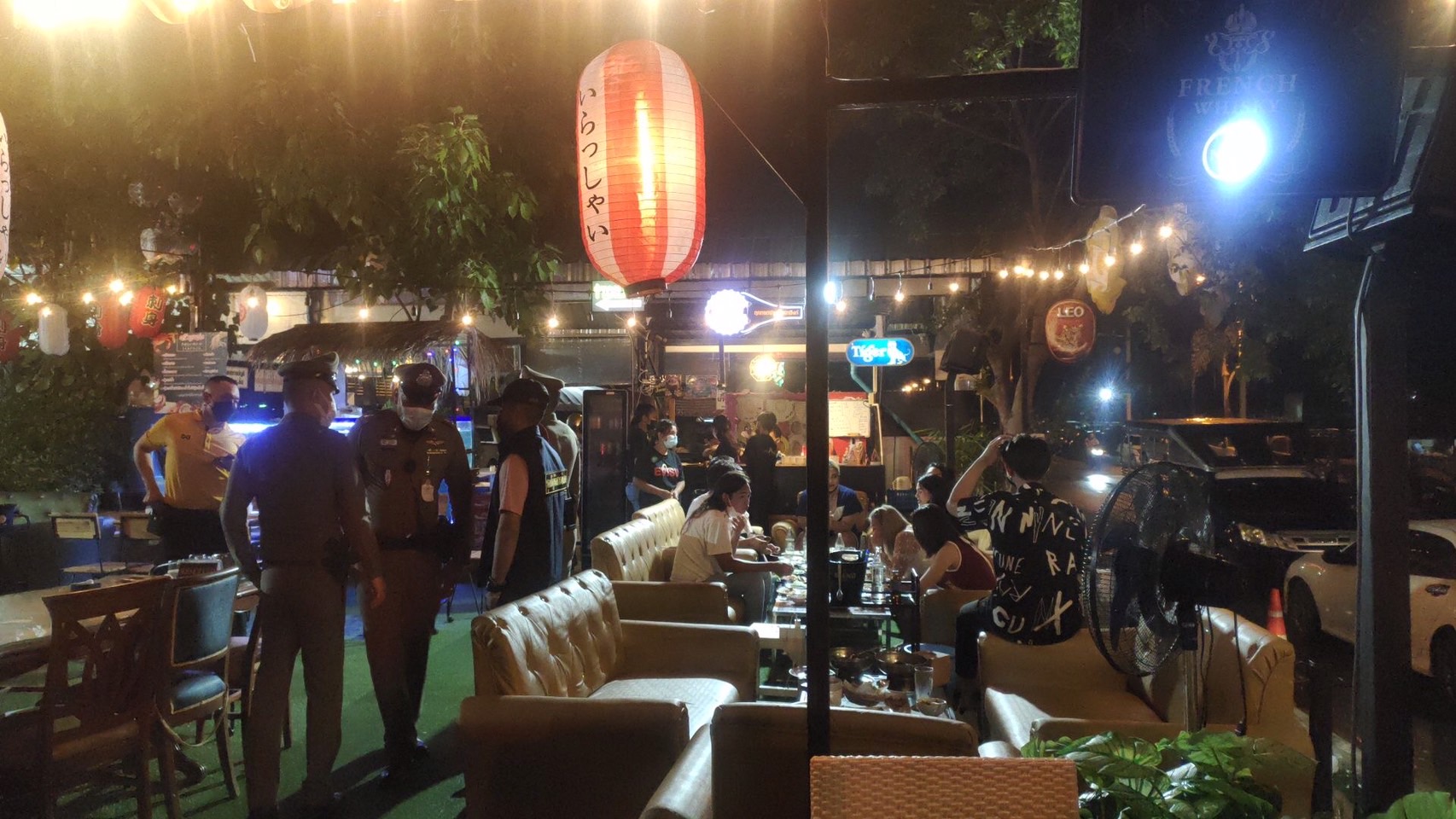 Police raided a restaurant near Bali Hai last night (November 11th) for allegedly selling alcohol, shisha, and breaking Covid-19 orders with an estimated 100 people at the venue not socially distancing, wearing masks, or taking other precautions.

The Pattaya City Police led by Active Police Chief Colonel Maykawit Praditphon raided the Sky Mountain restaurant where about 100 Thais and foreigners were allegedly found drinking alcohol at the venue. Some customers were also reportedly found using shisha according to Colonel Praditphon. 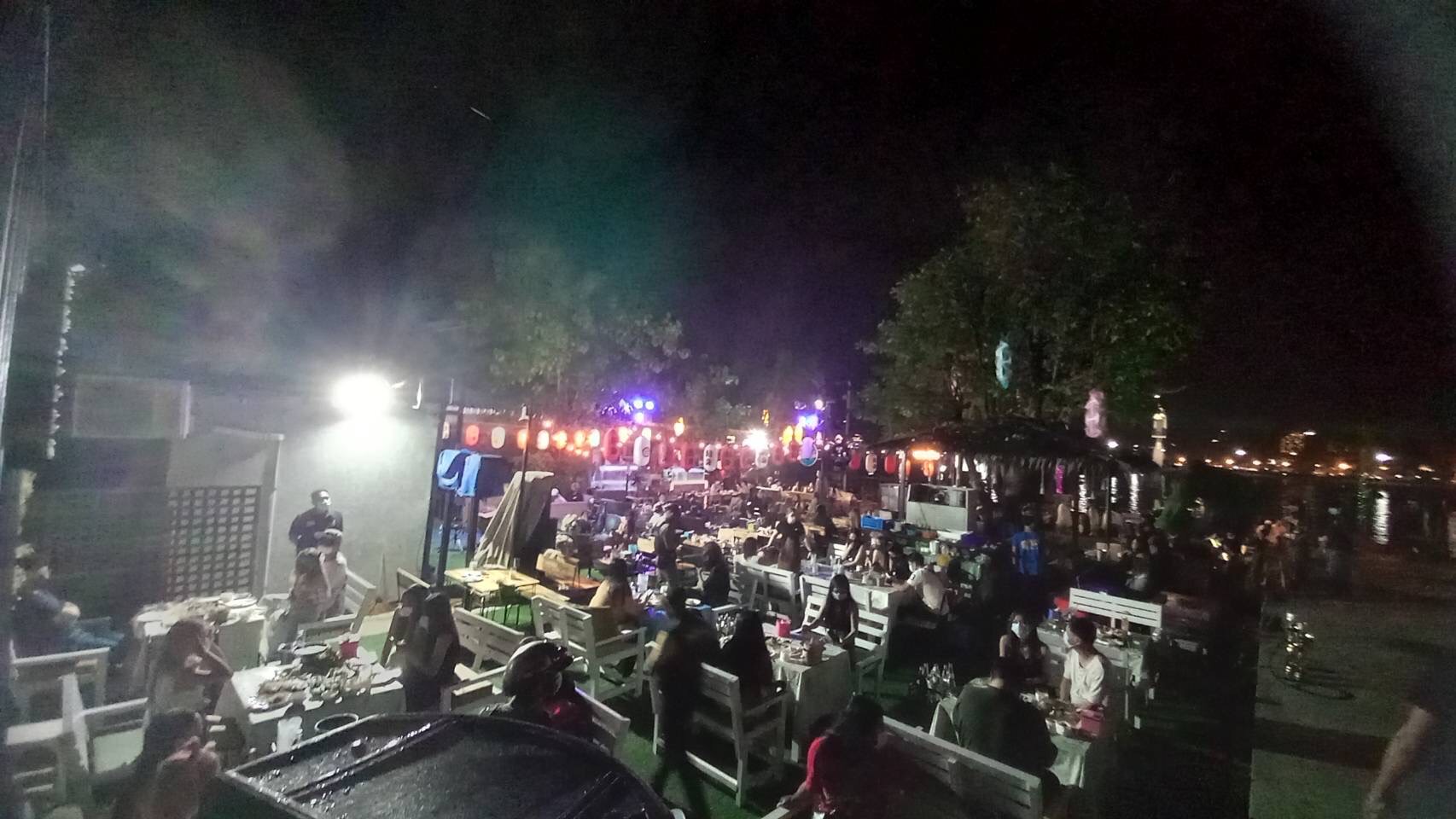 The restaurant caretaker, whose name was not released to the media, was taken to the Pattaya City Police Station to face charges of illegally opening an entertainment venue, illegally selling alcohol and baraku, and breaking the Chonburi Disease Control Orders. Customers were not arrested or fined and were released by police following the raid on the restaurant.

This is at least the fourth time this particular venue has been raided, said Colonel Praditphon. According to the Colonel legal paperwork and proceedings had been filed after the prior raids and were currently in process with relevant court authorities and provincial authorities for potential long-term closures of the establishment. However, as the paperwork was still pending as were legal proceedings, the venue continued to be able to open as a “restaurant” in the interim.

Alcohol sales at restaurants remain banned in Pattaya, as does opening bars or nightlife venues due to Covid19 restrictions. An announcement made today, November 12th, 2021, by the Center for Covid-19 Situation Administration, or CCSA stated that nightlife and entertainment venues would not be considered for opening until at least January 15th of 2022. It is unclear, however, if “tourist” zones, also called BLUE (Business, Leisure, Ultimate Experience) districts and areas, like Pattaya, could be given any sort of exemptions or exceptions before this date.