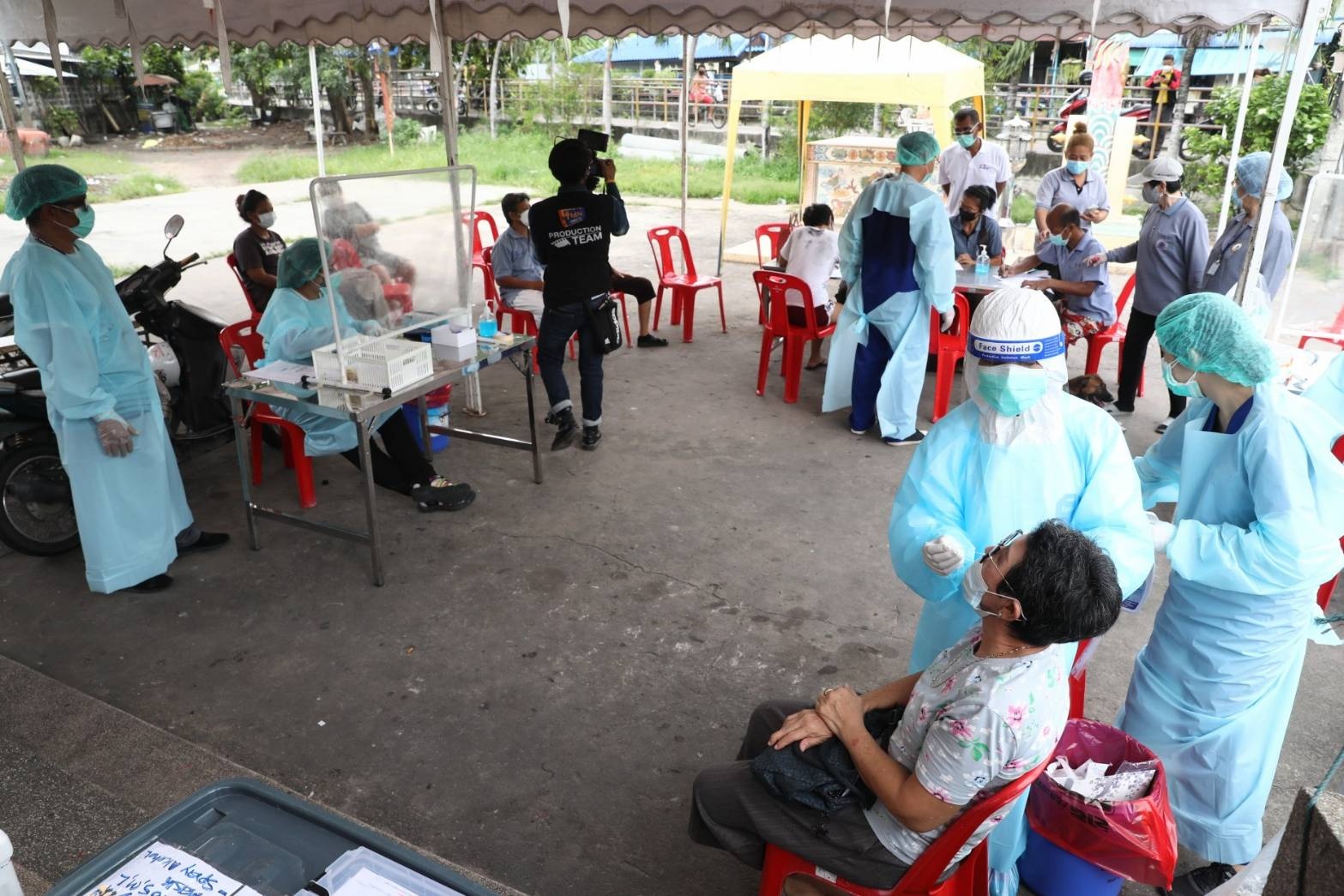 Additionally, 339 people were also released and recovered yesterday in Chonburi. 100,443 people in total have now been released from medical care and recovered in Chonburi since this current wave of Covid-19 began. Only three cases out of 2,861 were listed as being in serious condition in Chonburi currently, either on a ventilator or pneumonia, two of them were not vaccinated.

The three new deaths were the average age of 50. They were close contacts from previous cases in families. Most of them have chronic health problems. Their vaccination status was unknown.

In total, 1,744,986 people in Pattaya and Chonburi have received their first dose of a Covid -19 vaccine which is 74.77 percent of the total Chonburi population. Of those, 279,633 have received their first dose and are what the Thai government calls 608 groups (elders, have chronic health problems and pregnant) which is 75.59 percent of those in these risk groups in Chonburi. 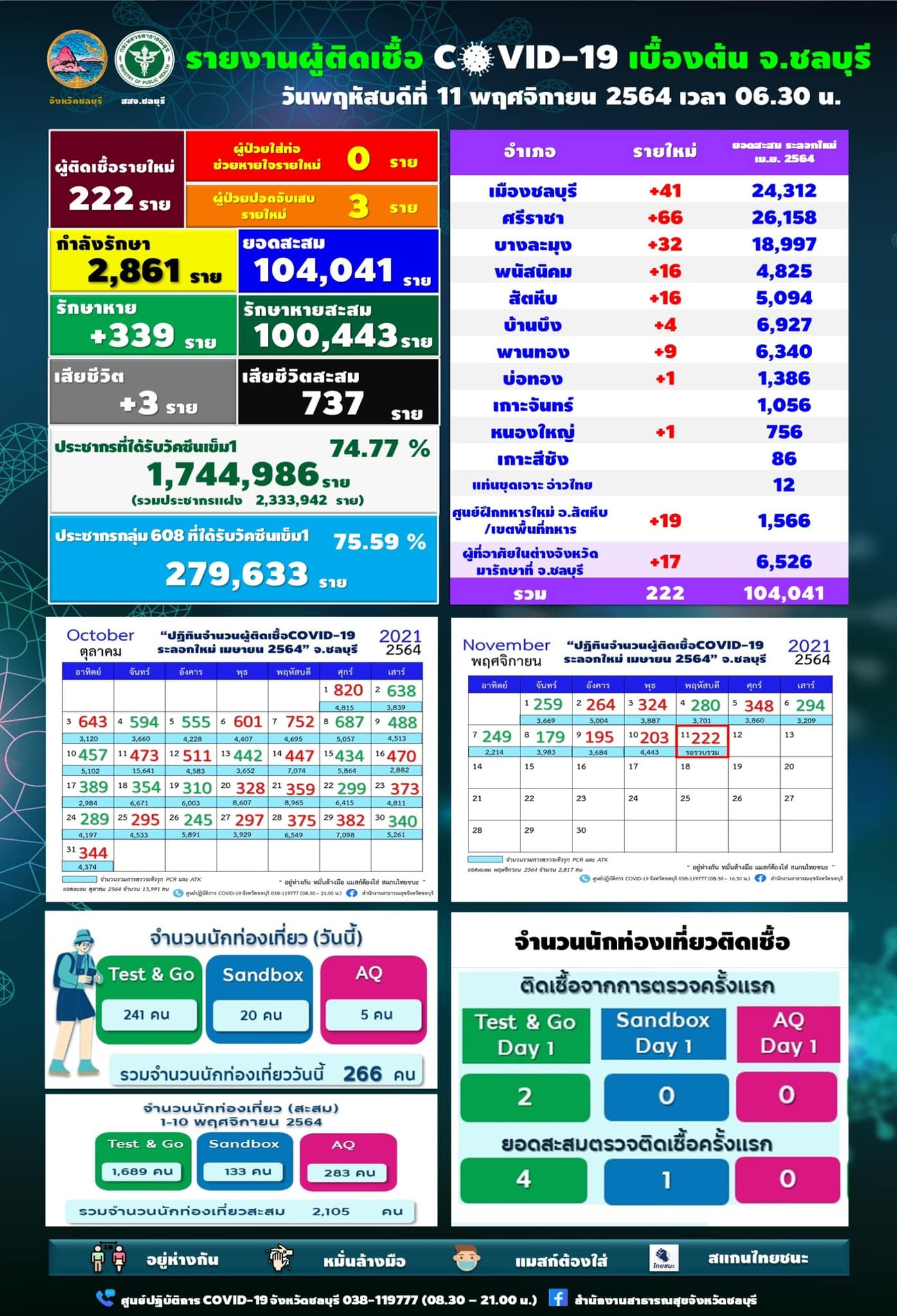