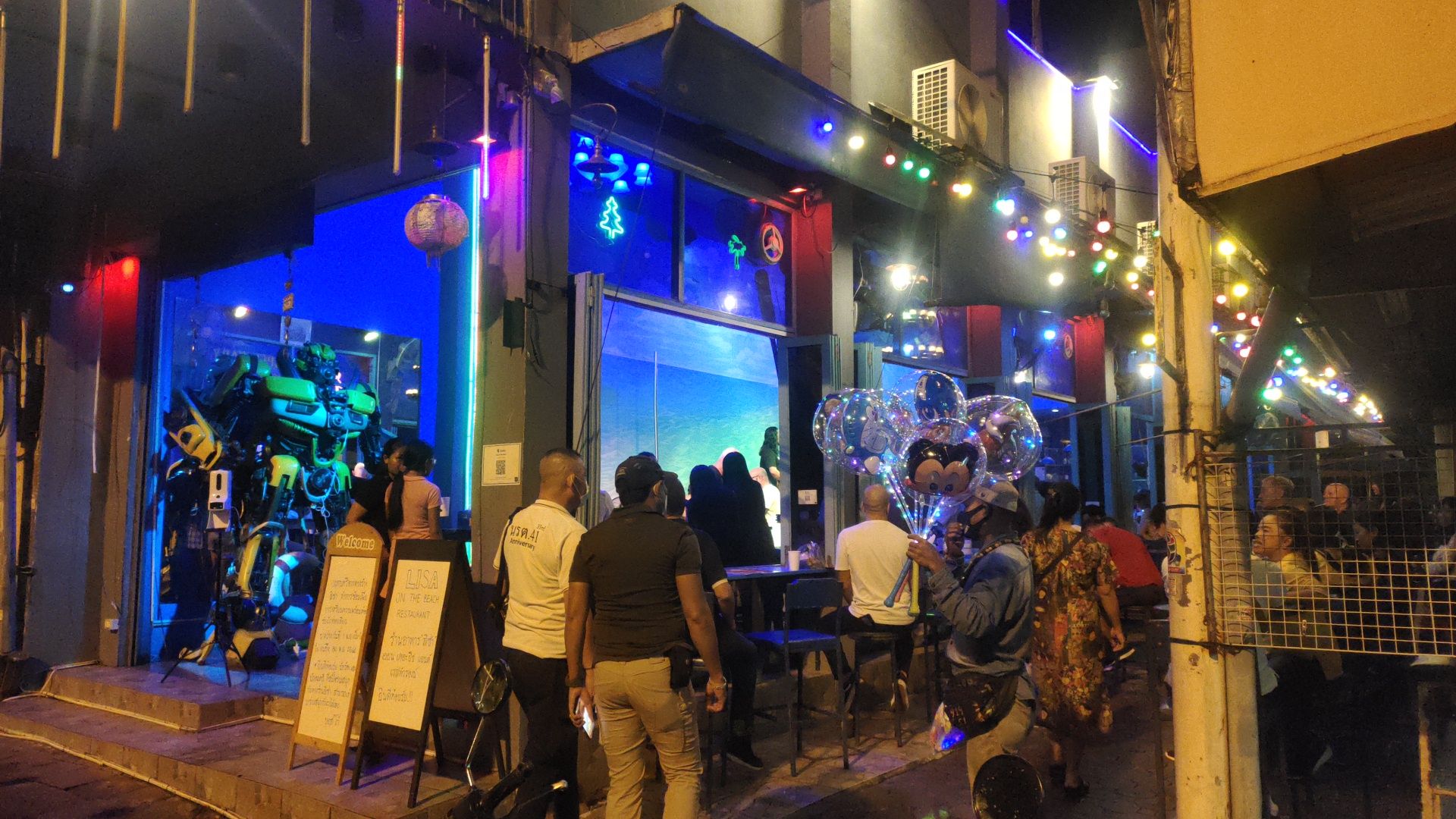 At least 30 people were arrested last night (November 3rd) at a bar near Pattaya Beach for allegedly breaking the Chonburi disease control order designed to prevent the spread of the Covid-19 coronavirus, according to the Pattaya Police.

The incident took place at 10:00 P.M. when a team from the Pattaya City Police led by the Pattaya City Acting Police Chief Colonel Maykawit Praditphon were patrolling in the area to prepare for the Pattaya Music Festival tomorrow (November 5th) and on November 6th. 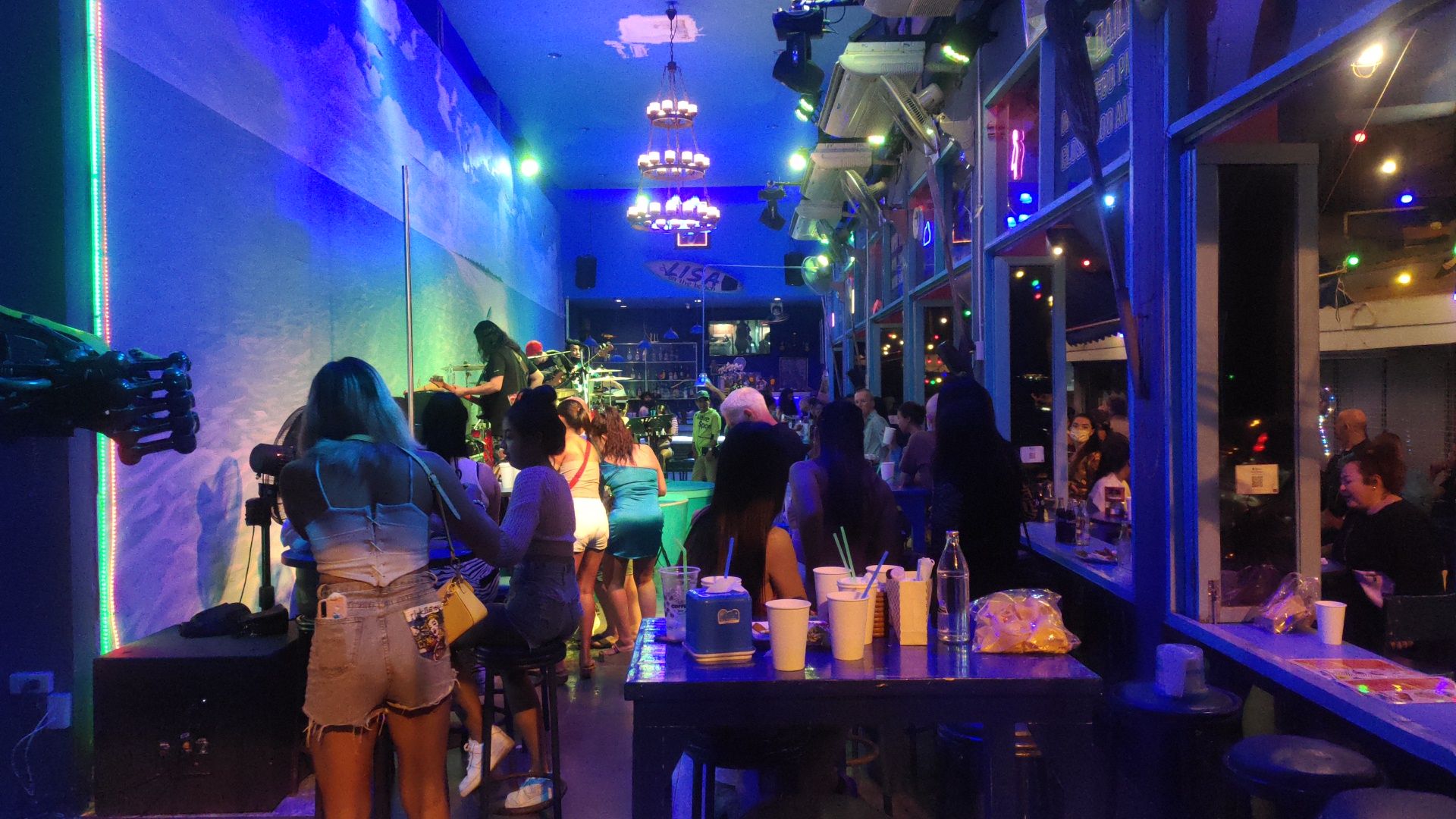 Police found that the bar, located near Soi 8 next to a closed Burger King, was opened and many people were found gathering in the bar. Officers found at least 30 foreigners and Thais who were, according to Pattaya police, drinking alcohol, gathering, and breaking current rules around Covid-19. Alcohol was allegedly found inside paper glasses.

Currently, all bars, entertainment venues, and nightclubs are mandated closed in Chonburi, the home province of Pattaya. Additionally, alcohol sales are banned at restaurants. The rules have driven increasing anger and frustration from business owners and patrons who want to see Pattaya’s famous entertainment industry reopened. Pattaya Mayor Sonthaya Khunpluem recently stated Pattaya is over 80 percent fully vaccinated against Covid-19, with the province around 70 percent, yet the rules remain. The Chonburi Communicable Disease Committee has stated they are in “the process” of developing rules and a plan to legally reopen the bar and entertainment sector but no timeframe has been given.

The ban in Pattaya remains despite some other areas of Thailand, like Phuket, Krabi, or Bangkok having rules on drinking alcohol eased by the government. The rules, however, differ province to area. 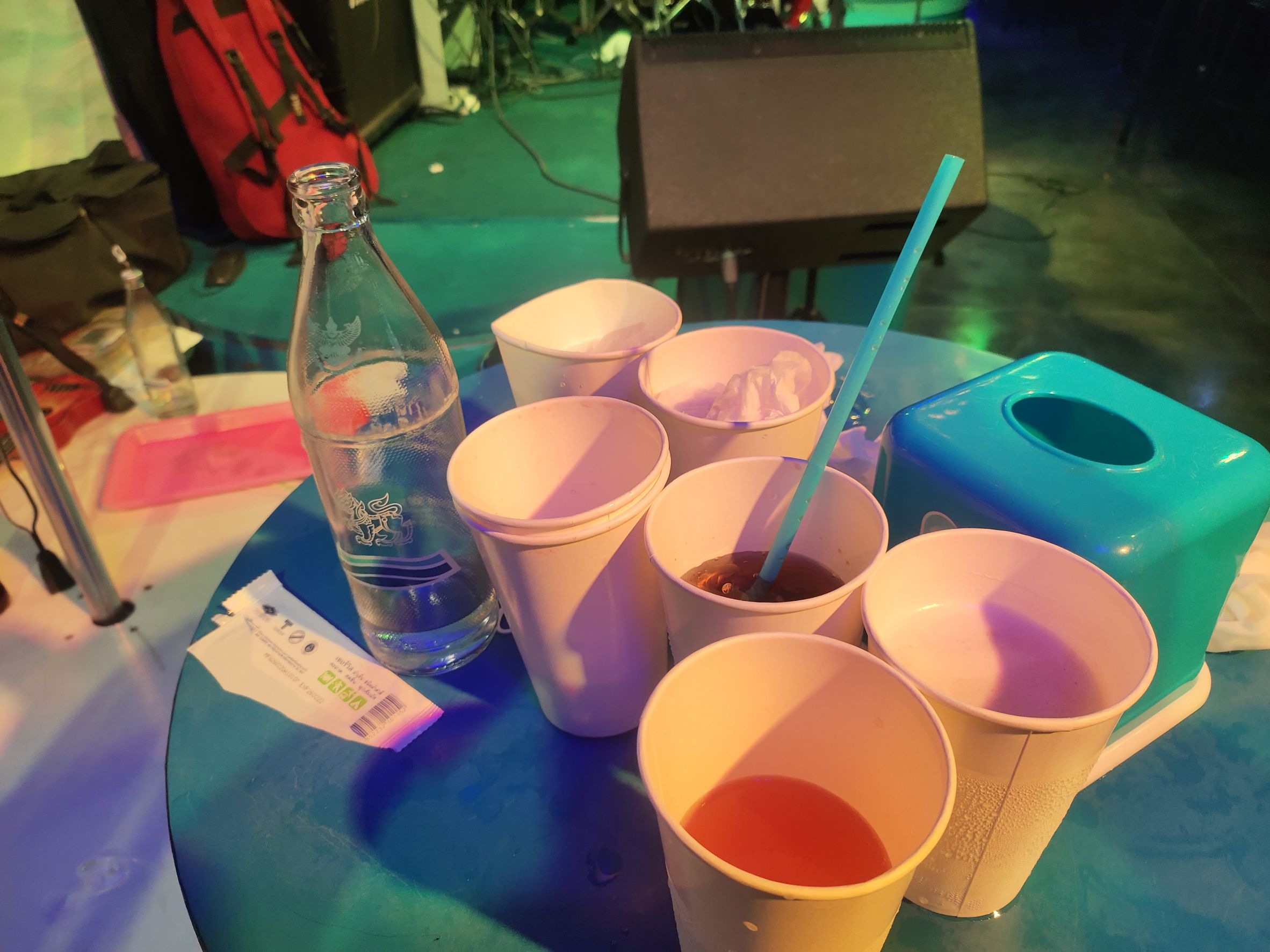 The owner was taken to the Pattaya Police Station to face legal action. The customers and staff arrested/detained were not immediately named and will be facing multiple legal charges in relation to the incident, according to Pattaya Police. 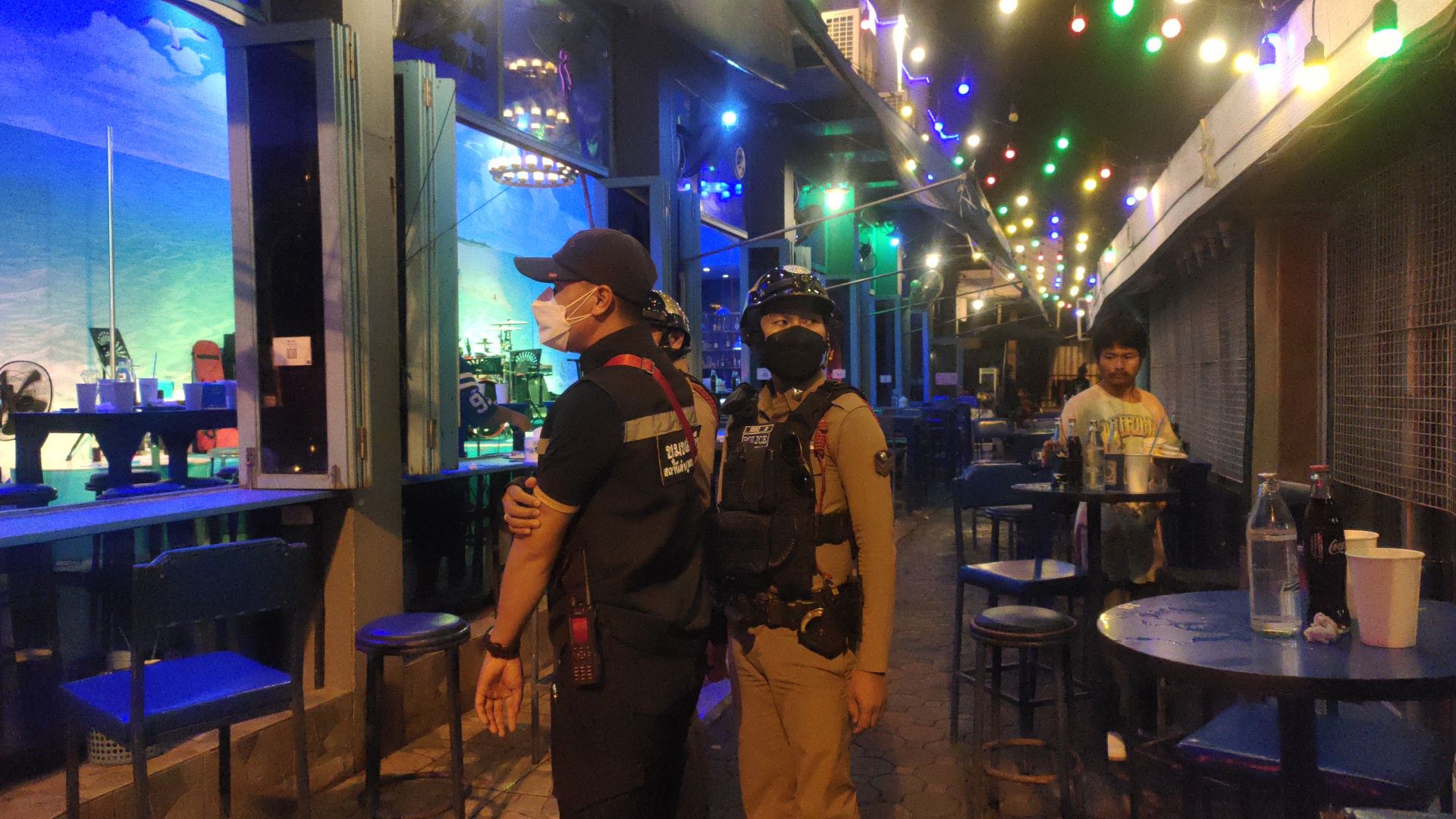 Meanwhile, Pattaya tourism and business operators continue to ask the Thai government to at the very least allow drinking alcohol in restaurants in Pattaya with rules as a step towards opening the cities famous entertainment and nightlife industry.

Pattaya business owners continue to ask why the city remains “dry” with no booze sales, meeting scheduled with officials for later this week