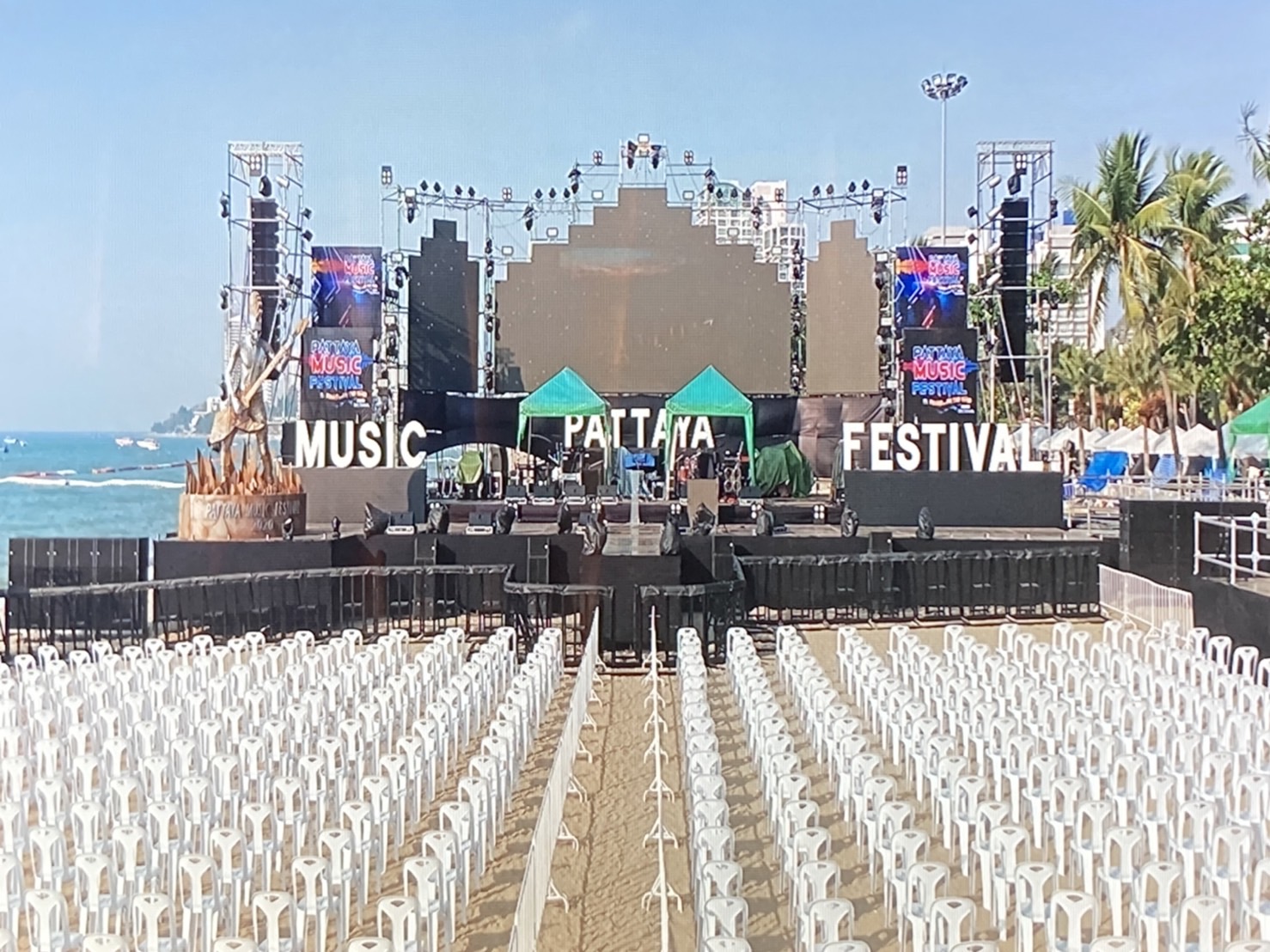 Pattaya City has officially announced the schedule, rules, and line-up for the Pattaya Music Festival which is to be held on four weekends from November to December.

The Pattaya Music Festival will be held on four weekends. The first week will be from November 5th to November 6th at Pattaya Beach.

There will be three stages on this first weekend which are comprised of the first stage near the Dusit Thani Hotel, the second stage will be the main stage at Central Pattaya Beach, and a third stage near the Royal Garden Plaza. The third week of the music festival continues in early December and will be from December 3rd to December 4th at Lan Poe Naklua Public Park.

The fourth week will be from December 10th to December 11th at Pattaya Beach. 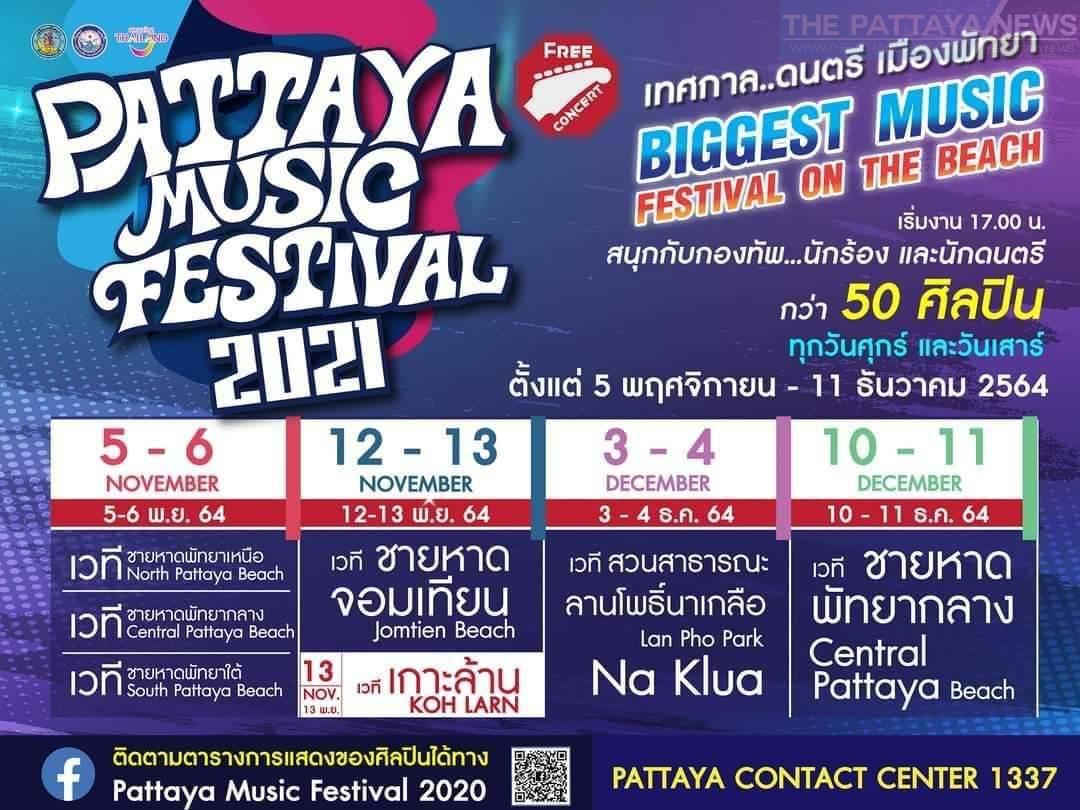 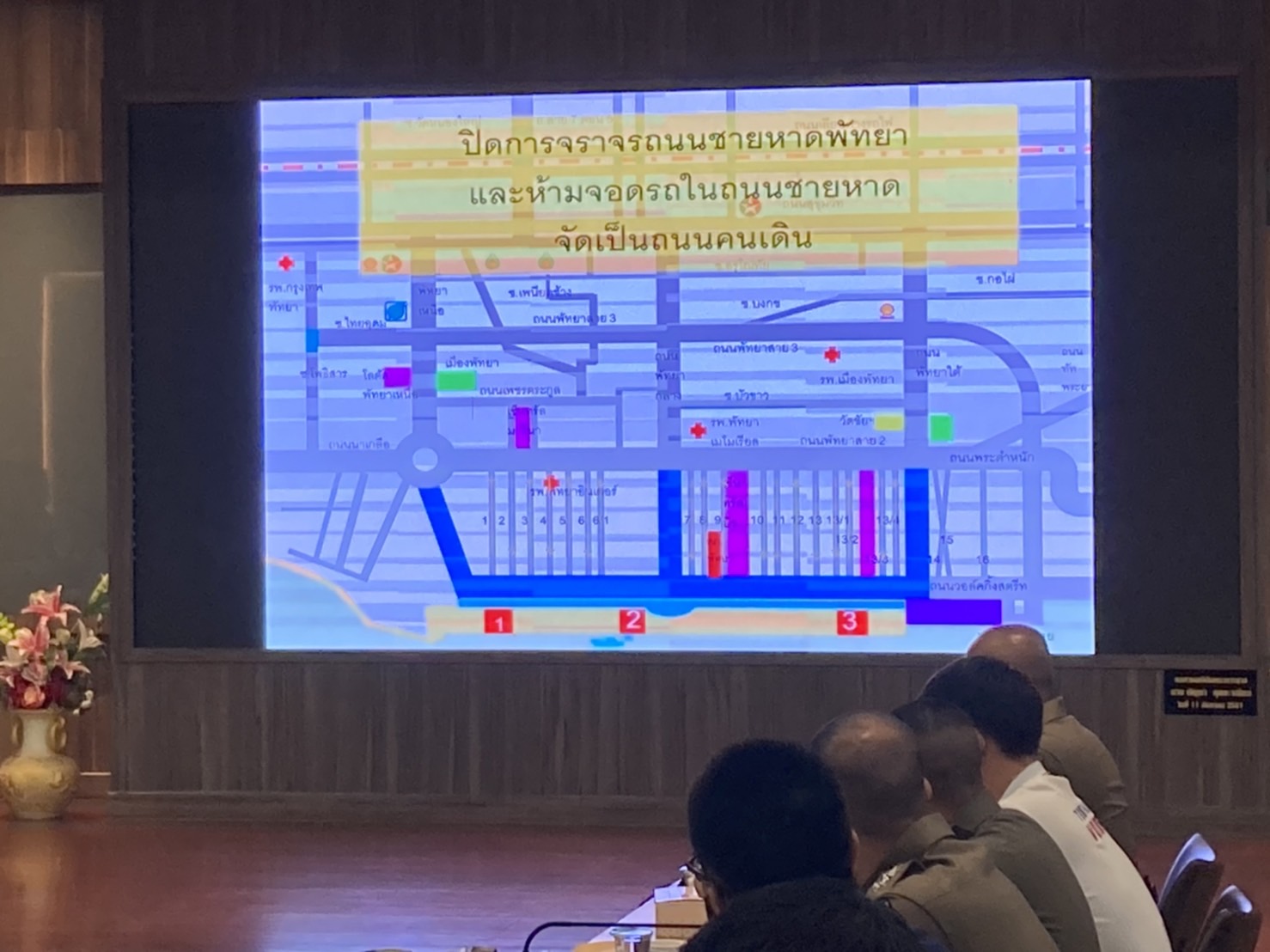 More than 50 singers and music bands will be performing each weekend on multiple stages. The current lineup (which is still subject to change, cautioned organizers) is below. TPN media notes that this event is targeted at domestic THAI tourists and not foreign tourists, thus the lineup is essentially 100% Thai artists. 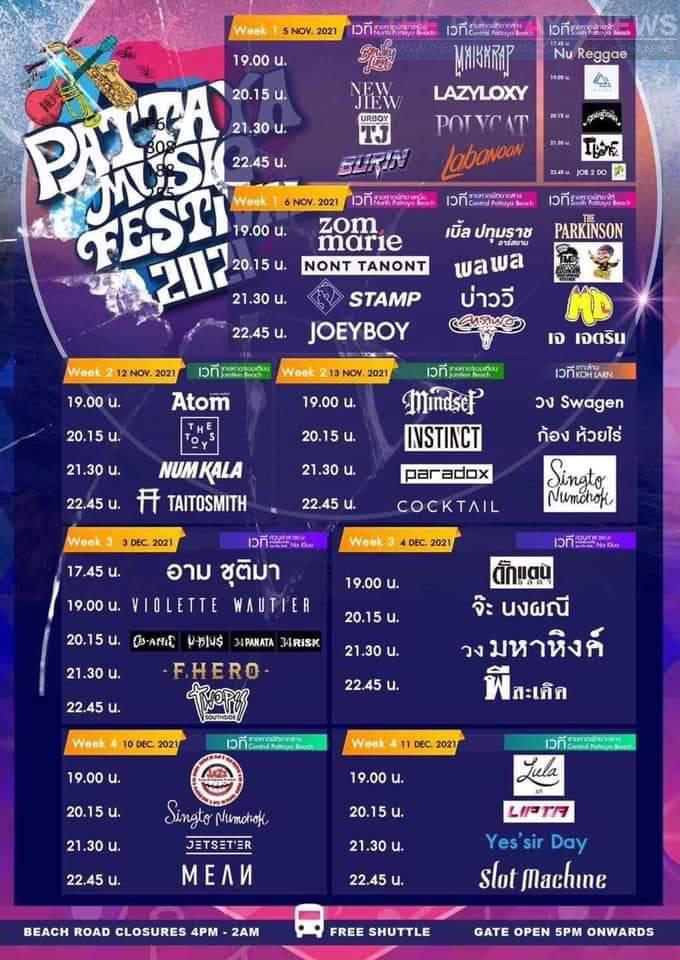 Some of the major Thai singers and bands who will perform on the first weekend are Carabao, Urboy TJ, and Polycat, Labanoon, The Parkinson, and more.

The fourth week will have Slot machine, Jetset’er, Yes’ sir Day, and more.

As for rules for the festival Pattaya City will have a limit of 500 people in each stage area, according to their statements.

They reserve the right to allow only people who are fully vaccinated from Covid-19 to enter the stage areas and will be checking vaccination records at the gates.

Temperature checks and hand sanitizer will be available at all event areas.

Social distancing is required as is mask-wearing, even though the events are outside.

The concert areas will have clear seating and spaced areas for participants.

Drones are prohibited at the event.

Although an official statement has not been made, it is widely expected alcohol will be banned at the event. As of press time, bars, nightlife, and entertainment venues remained closed nationally by government Covid-19 mandate and it was unclear if they would be allowed to open during at least the first few music weekends. A final decision on food was also being made. Previous announcements had stated that organizers were considering stopping food vendors and booths this year out of concern of people taking masks down to eat but this may have changed. However, organizers did state that all exhibitors and people involved in the events must take an ATK rapid test. The ability to take a test prior to entering the event would also evidently be available for some.

Organizers also said that people would not be allowed to watch the events from areas not in the gated, checked, socially distanced area just as outside of stanchions or gates like prior years but it was unclear how this would be enforced.

We will be providing full coverage of the event on all the upcoming weekends and hope to see many of you there!