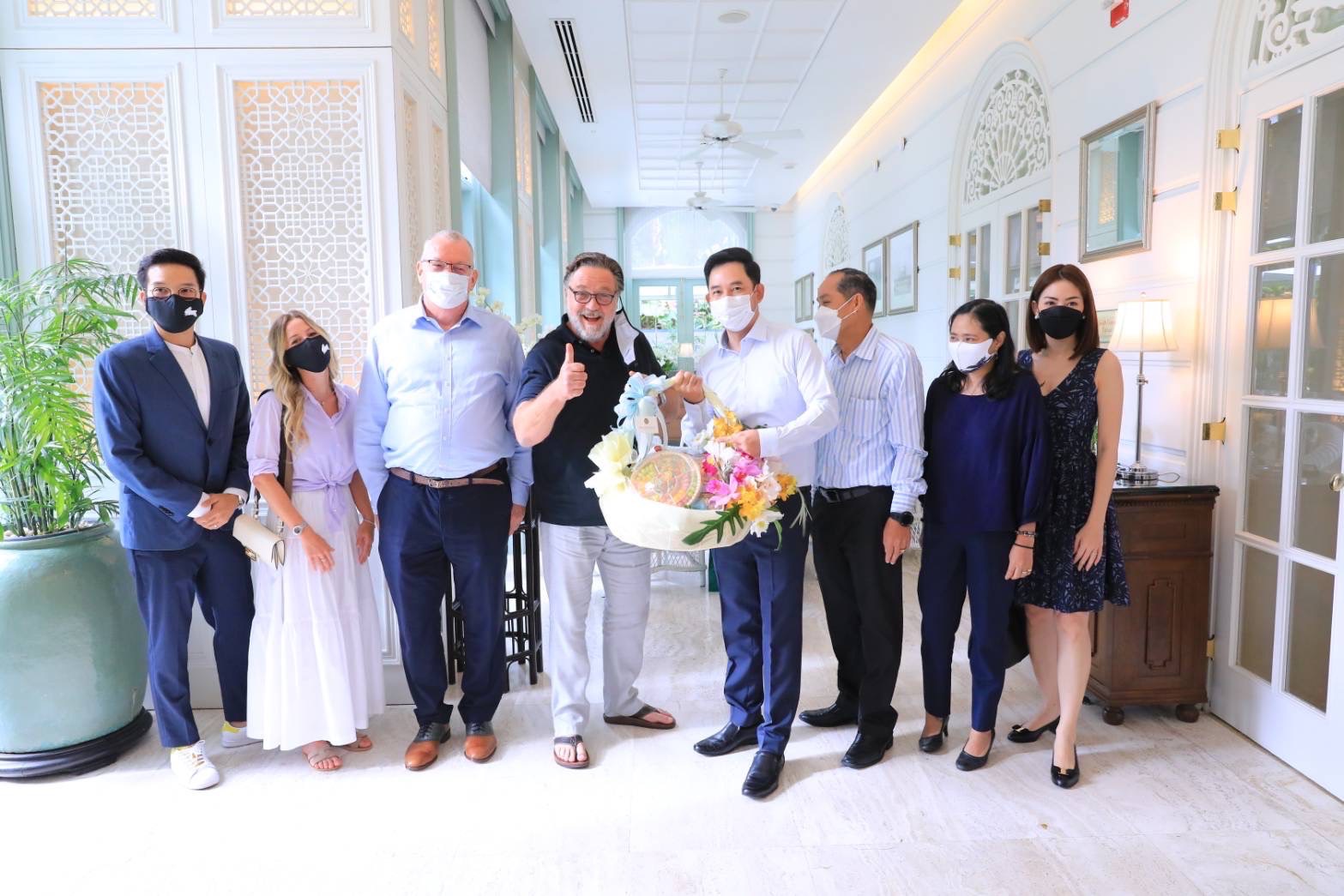 Culture Minister Itthiphol Kunplome, on behalf of Prime Minister Prayut Chan-O’Cha, met and gave a gift basket to Hollywood star Russell Crowe to thank the actor for publicizing “Phuket Sandbox” and tourist attractions during his trip in Thailand on social media.

Government spokesman Thanakorn Wangboonkongchana told the Associated Press today, October 24th, that General Prayut Chan-O’Cha had ordered the Culture Minister, who is also a brother of current Pattaya mayor Sonthaya Kunplome and a former Pattaya mayor, to meet the Australian famous actor along with Allan Mckinnon, Ambassador of Australia to Thailand. 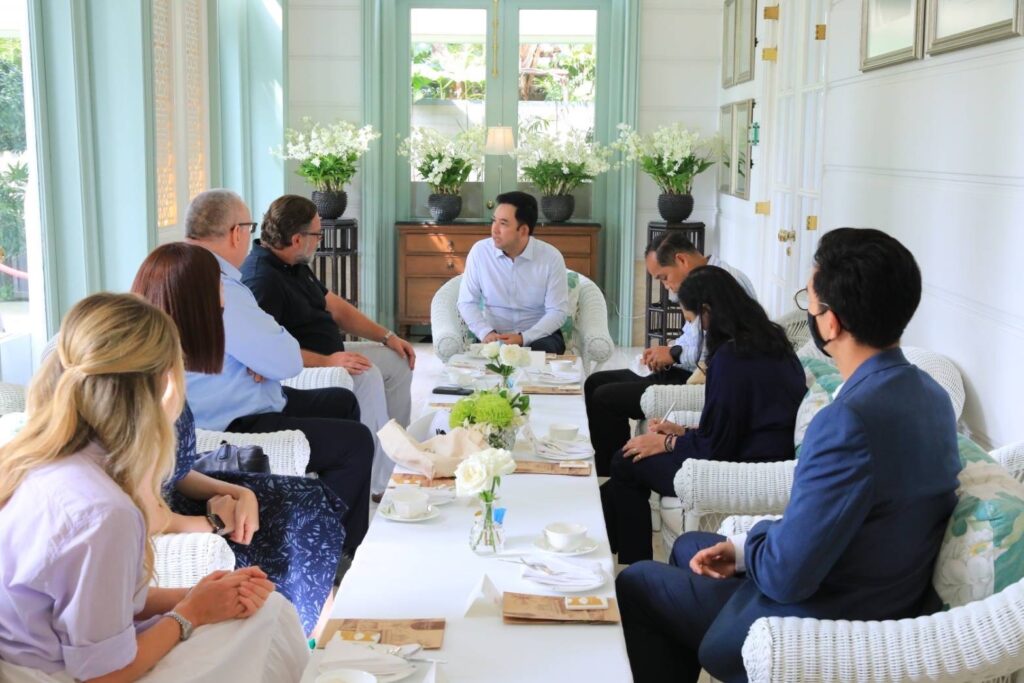 The spokesperson stated that Crowe thanked the Prime Minister for the souvenir and mentioned that he really admired Thailand, especially Thai people’s characteristics and kindness which comforted him throughout his travel. He was also impressed by the beauty of nature and delicious food such as red curry, Khao Soi, and Pa Naeng.

The Hollywood actor also praised Thai film production for their skill and quality. Near the end of the meeting, Crowe offered his point of view and suggestions about foreign tourism, pointing out that more English signposts should be added to traveling areas, particularly new attractions, for the convenience of foreign tourists. 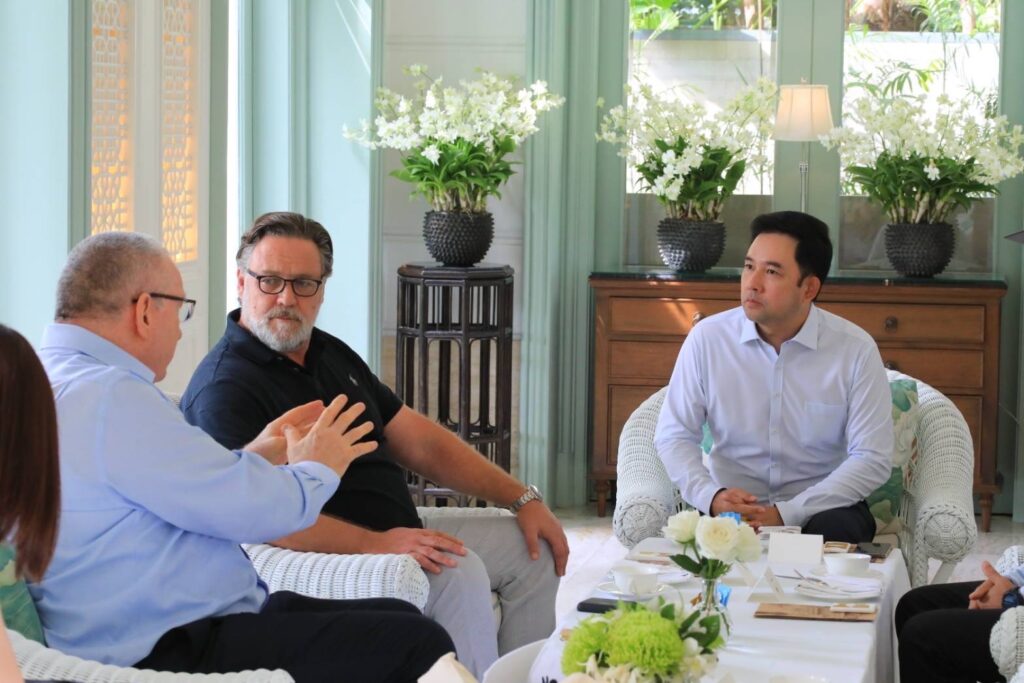 The spokesperson continued that the government always promotes the foreign film industry in Thailand as it is considered one of the destinations for filmmakers from around the world with the beauty of the place, the availability of filming infrastructure and equipment, and local expertise and qualified personnel.