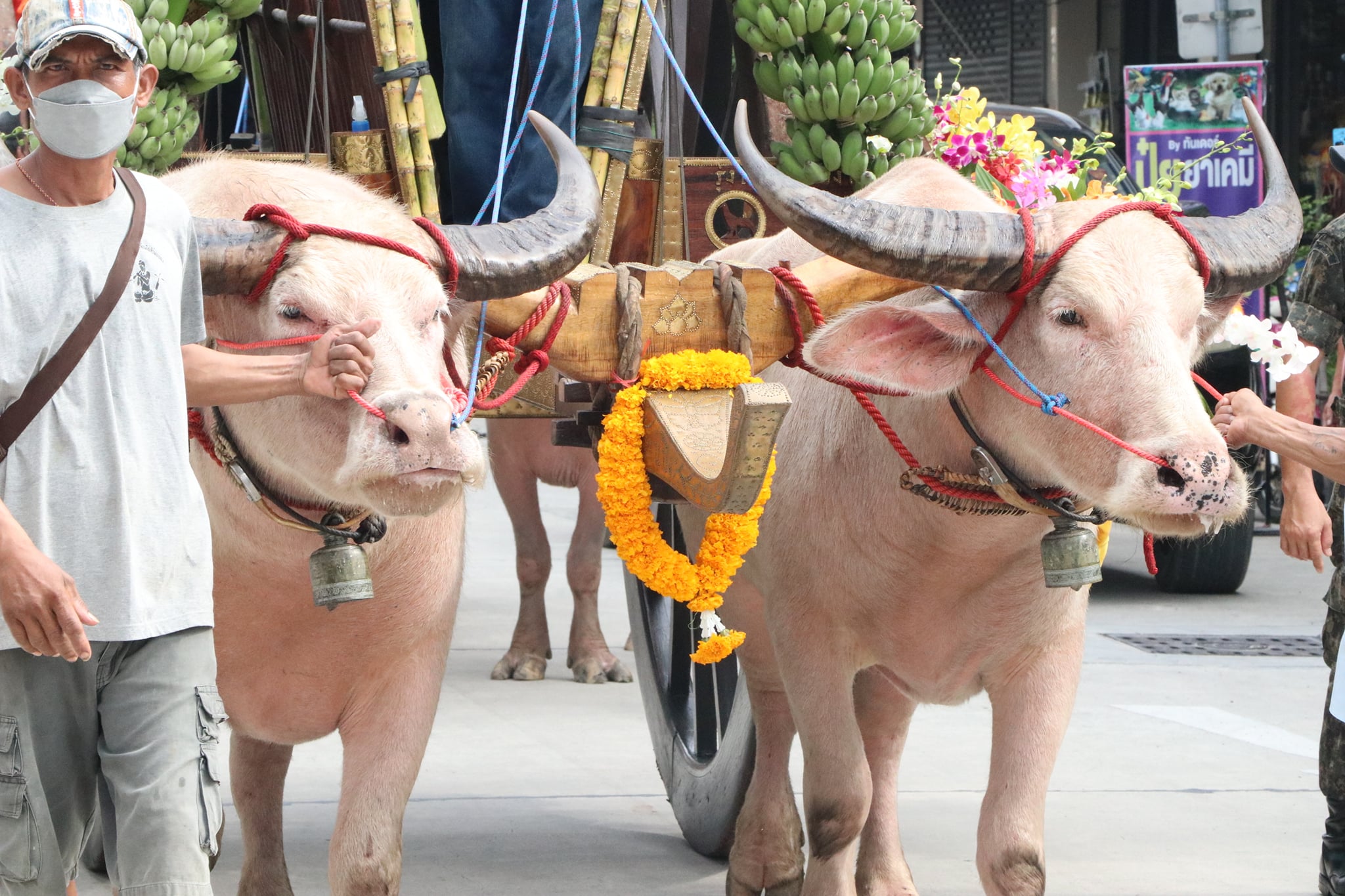 The annual Chonburi Buffalo Racing Festival, the 150th Annual Edition, was held today (October 20th). However, the events have been toned down to primarily only a buffalo parade. The popular major festival part with racing, vendors and a festival atmosphere also was not taking place for the public due to Covid19 and concern on crowds, according to Mueang Chonburi officials.

A video of the event can be seen here: 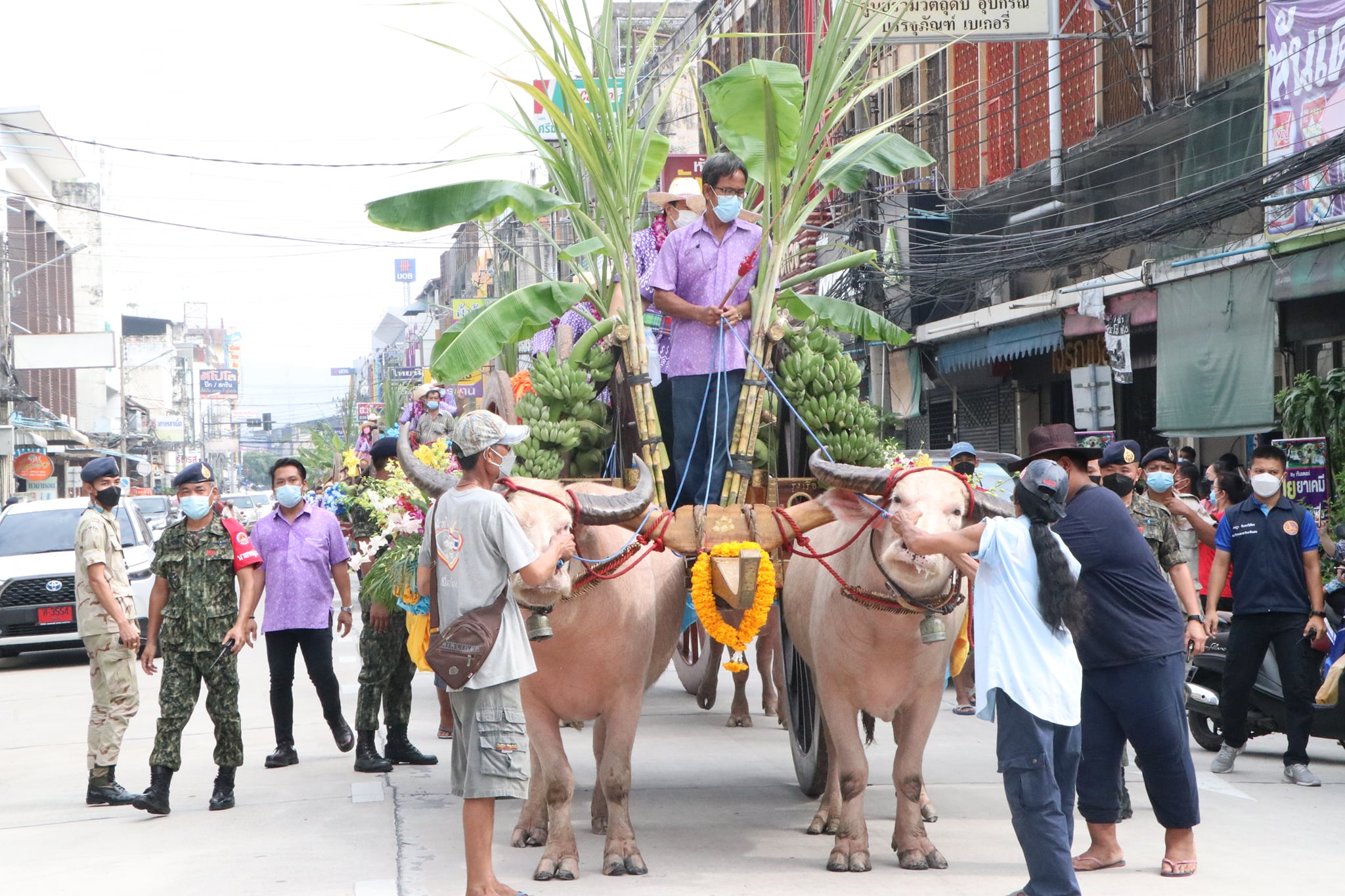 Chonburi’s annual Buffalo Racing Festival (ประเพณีวิ่งควาย) is held at the end of Buddhist Lent every year with a tradition that dates back 150 years. The festival is unique and according to organizers the only one of its kind in the world. 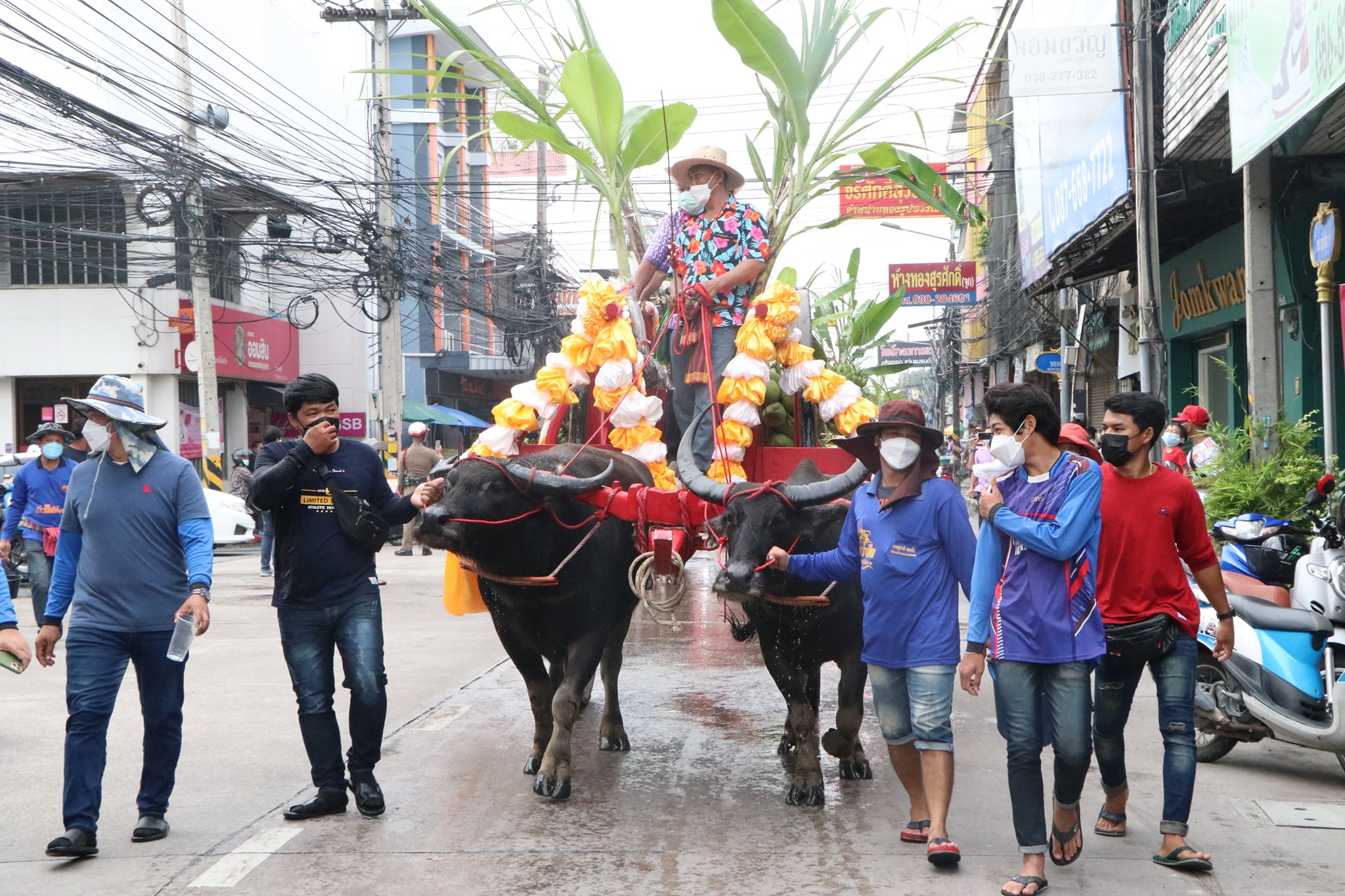 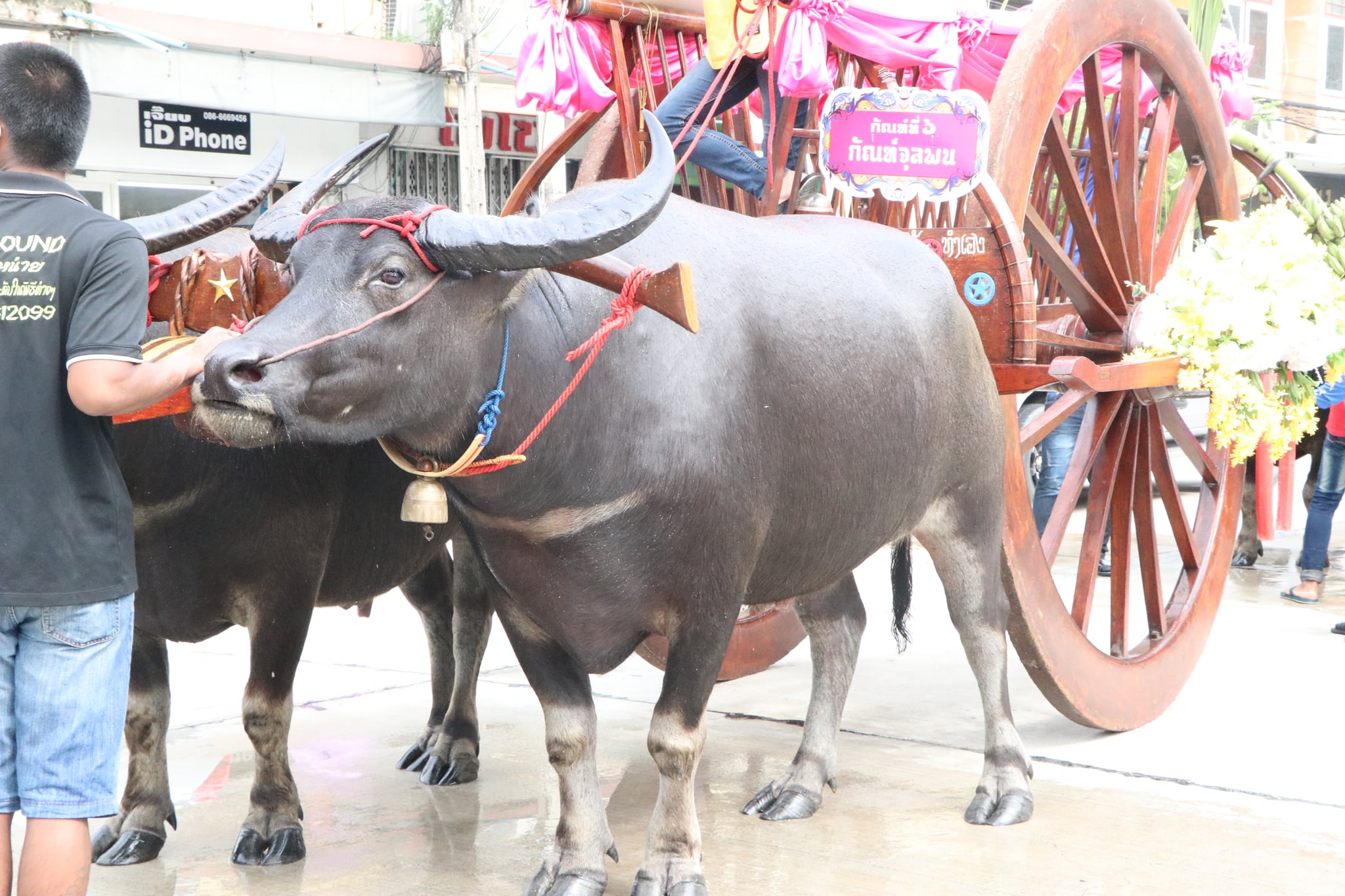 The festival celebrates the high status buffalos enjoy as the uniquely Thai icon of Thailand’s agriculture and rural way of life, especially in terms of traditional ways. Even to this day, many rural Thai farmers who lack funds to invest in more modern alternatives use buffalos for farm work, including in Chonburi. 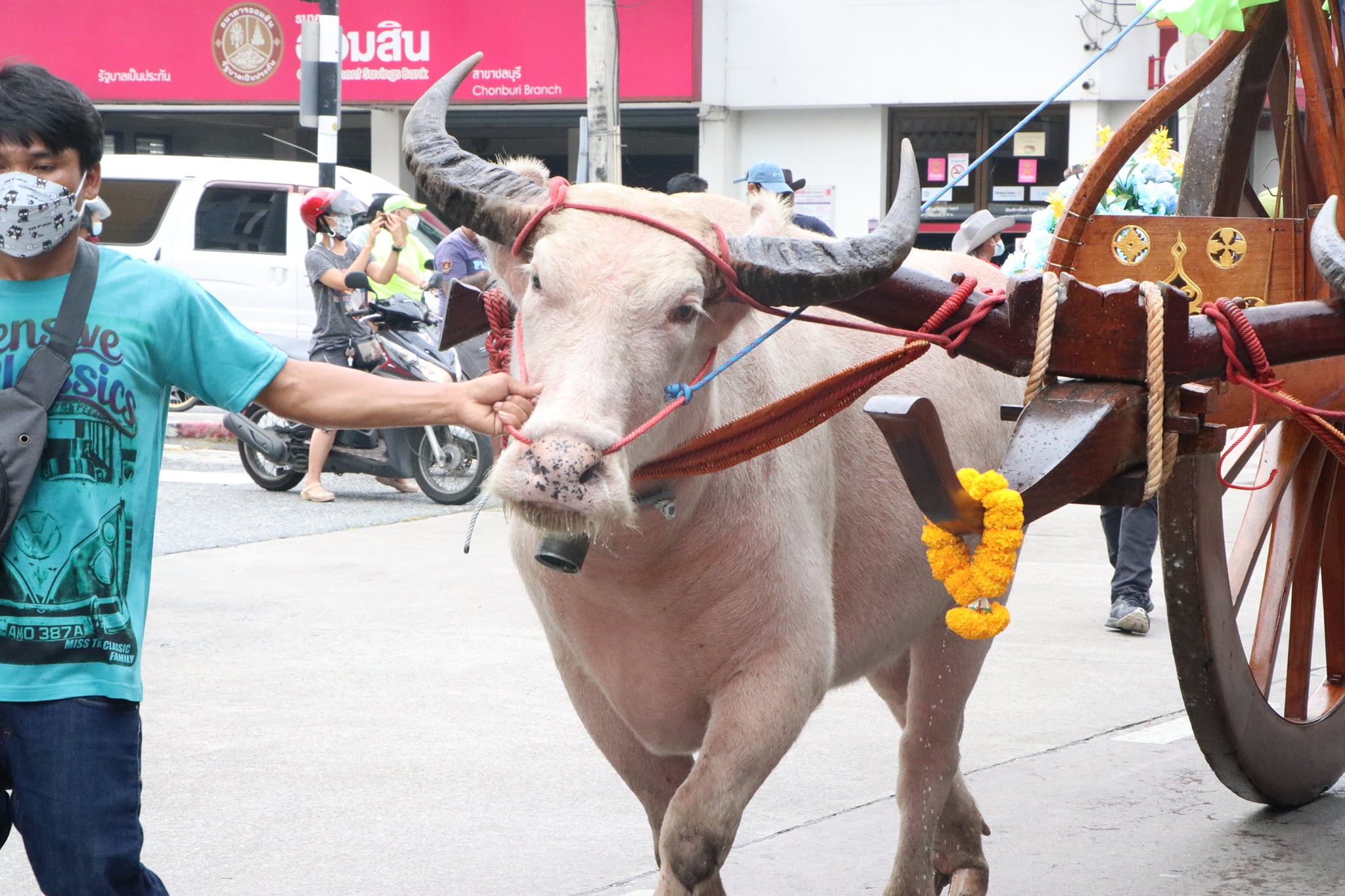 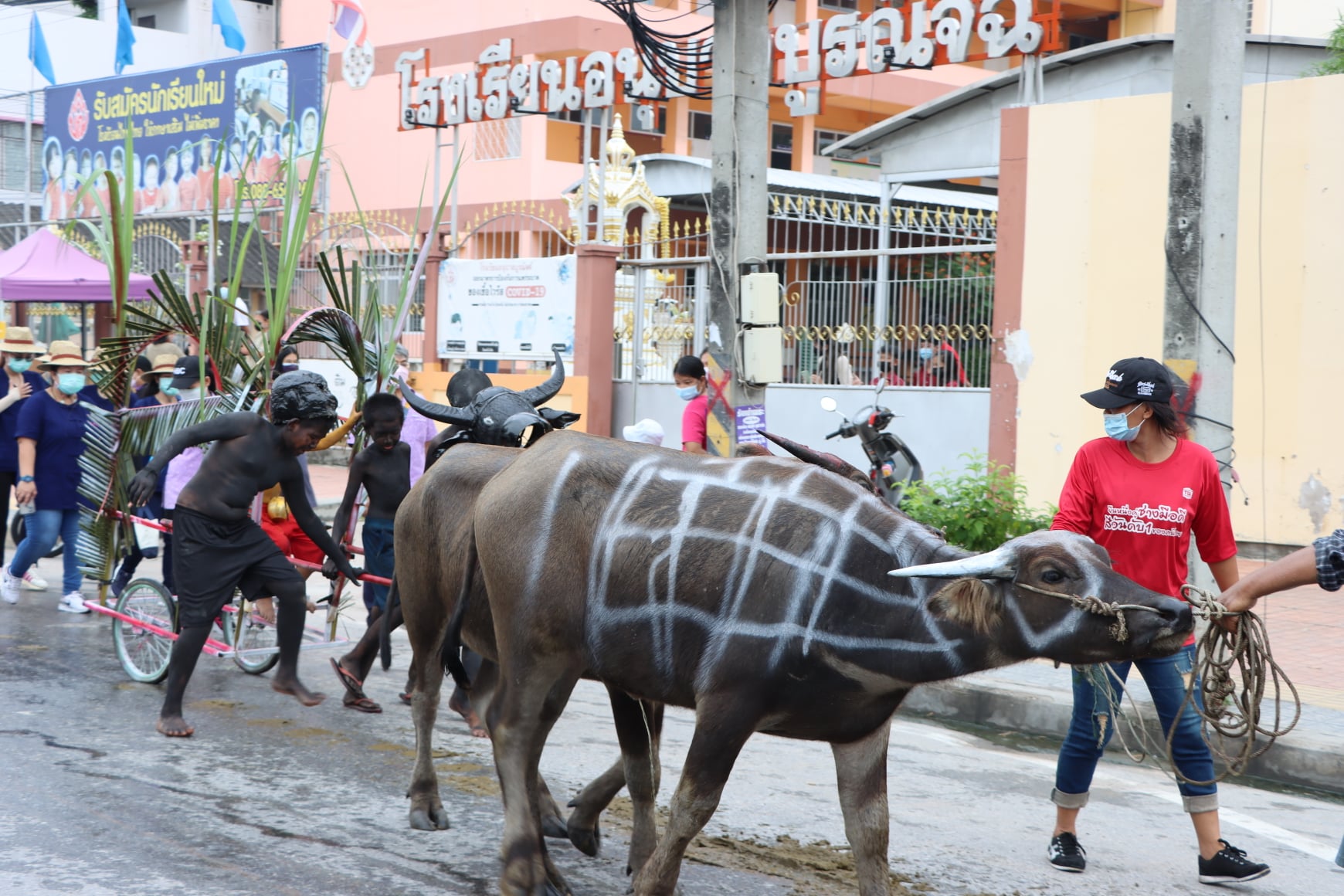 The festival this year had only a buffalo parade and ritual ceremony with no buffalo racing due to Covid-19. The event was also not given a lot of “pre-release” hype or announcements, including through the local media, to avoid crowds being attracted to the parade, a decision by event organizers who were still concerned about the Covid-19 situation in Chonburi City (Mueang). The buffalo parade was held at 8:00 A.M.. Joining the parade were the Mueang Chonburi Municipality chief Mr. Sutikorn Jamroenpanich, his entourage of relevant officials, and local residents.  Oh, and of course, many buffalos.

The hope is that next year’s Buffalo Festival will be able to resume with all the normal activities, including the majorly popular racing portion. 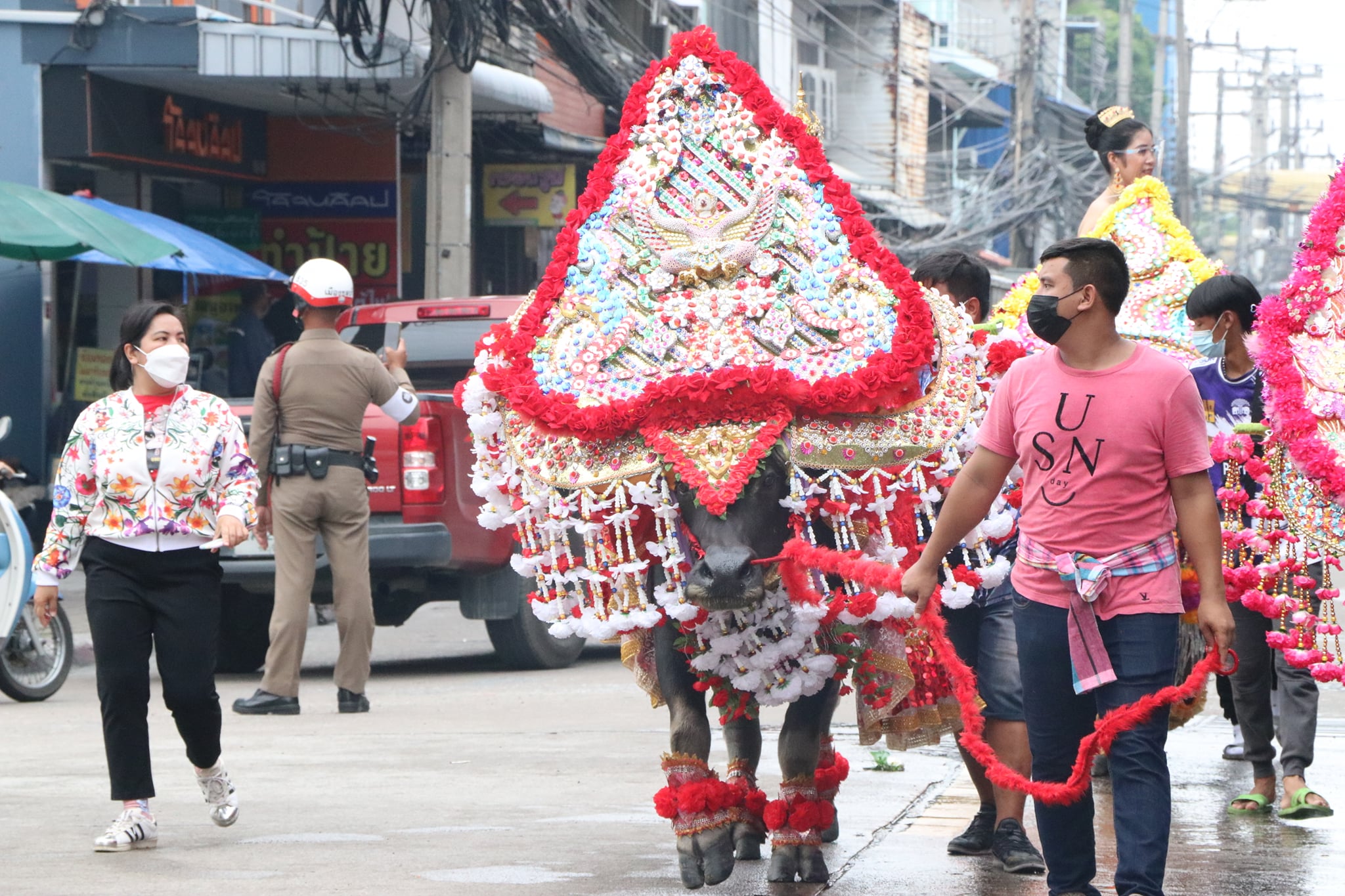 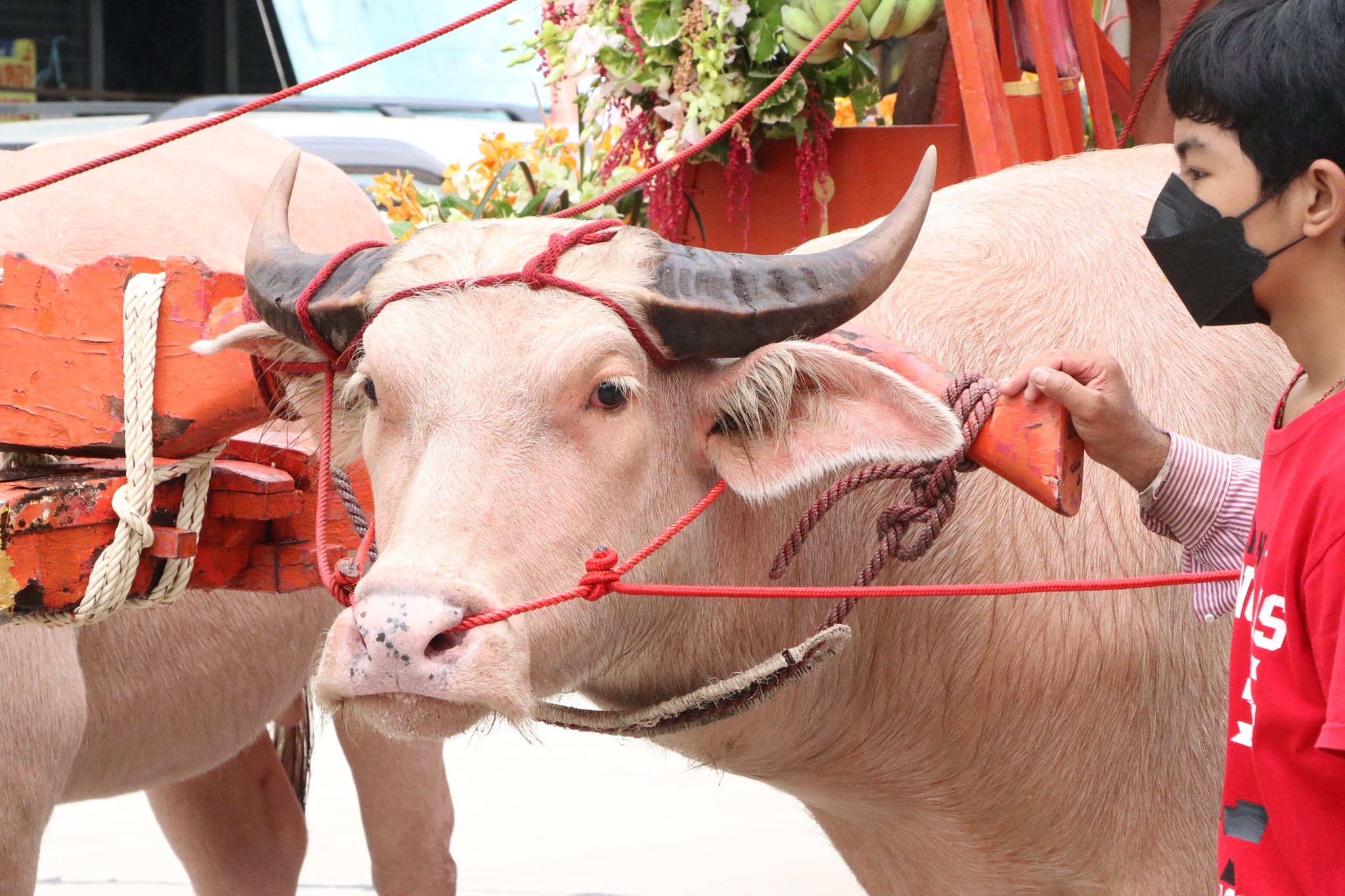