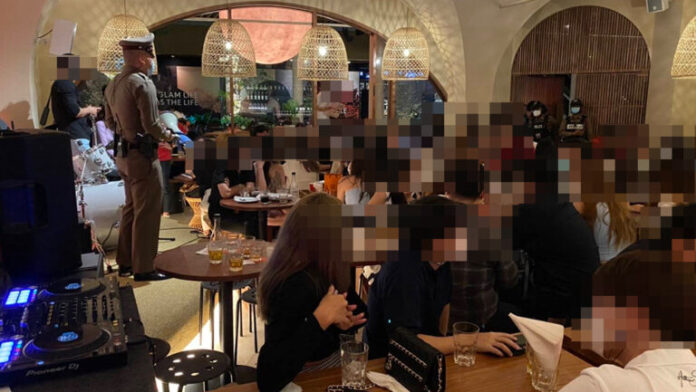 A group of nearly a hundred customers were arrested at a restaurant located at a famous department store in Bangkok for gathering and drinking alcohol which allegedly violates the Emergency Decree and the Communicable Disease Act to prevent the Covid-19 spread.

Police officials from Pathumwan Police Station arrived at “Tapas Music Bar by Vaso” restaurant on the 2nd floor of Groove, Central World Department Store, which is located just across the street from the Royal Thai Police Headquarters, for an inspection after being alerted by concerned citizens that the place was reportedly selling alcoholic beverages to customers.

A number of 93 Thai male and female customers from 30 tables were found allegedly enjoying live music with alcoholic beverages on the table. The police then called for the end of the performance and the service before taking all customers and a restaurant manager to the Police Station for daily reports. 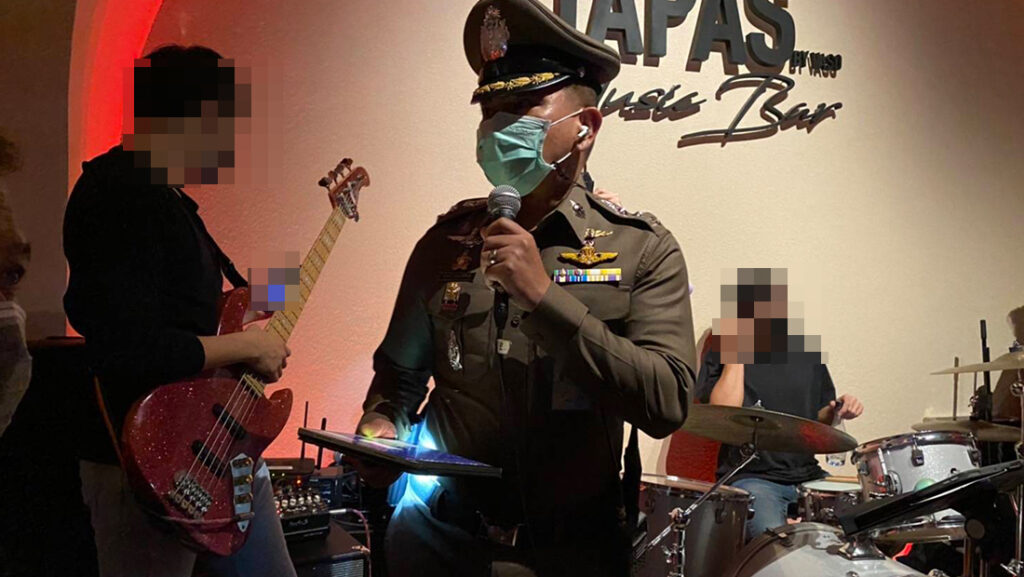 Police Colonel Pansa Amaraphithak, Superintendent from the Pathumwan Police Station, told reporters that the establishment operator had once been warned for illegally selling alcohol to customers before but they refused to follow the order and continued to provide drinks at the store.

According to the police, the store manager was initially charged for selling alcoholic beverages at a restaurant and overtime opening of a restaurant as ordered in the Bangkok Announcement Order. Customers were individually charged with an illegal gathering of more than fifty people in the highest and strict control area and Covid19 rule violations.

Under current Covid19 orders, bars and entertainment are shut country wide and alcohol is legally banned from sale at restaurants except for a few sandbox zones like Phuket and Samui. Entertainment venues have been closed since April of this year countrywide although as the ban stretches on to seven months more and more places have attempted to break the rules, claiming there has been no financial support for the extended closures.

Police have stepped up raids in recent weeks despite heavy criticism on social media with many commenters stating the rules needed to be rescinded before wider foreign tourism returns, currently scheduled for November.

The Center for Covid-19 Situation Administration, meanwhile, has stated that they plan to evaluate rules for bars and entertainment venues by December First but have given no guarantee of allowing a legal opening, continuing to say they are the biggest risk for spreading Covid-19.